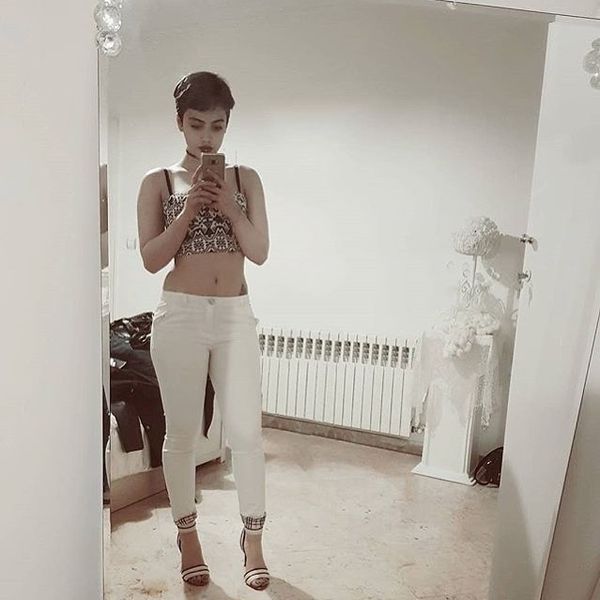 Iranian Women Are Being Arrested For Dancing Online

A 17-year-old Iranian gymnast and Instagram influencer is one of the four women arrested for indecency in the past week for posting videos of herself dancing without her hair covered.

Women and activists in Iran are banding together under the hashtag #dancing_isn't_a_crime in support of Maedeh Hojabri, the only woman whose identity has been released (she appeared on State television in tears during what is widely considered to be a forced confession). Instagram is reportedly one of the few social media sites that aren't as heavily censored by the nation's cyber laws, and thus a platform Iranian women have taken to to express themselves.

Hojabri claimed in her statement that dancing wasn't her career, and she wasn't trying to inspire others to follow her path: "It wasn't for attracting attention, I had some followers and these videos were for them. I did not have any intention to encourage others doing the same. I didn't work with a team, I received no training. I only do gymnastics."

Her name is Maeade Mahi. Recently she got arrested just because of uploading her dancing videos on her Instagram. I… https://t.co/uObQxnxLGM
— Masih Alinejad 🏳️ (@Masih Alinejad 🏳️)1530963576.0

This is the latest in a series of severe consequences for those participating in joyful activities: in 2014 a group of Iranians recording themselves dancing to Pharrell's viral hit "Happy," were sentenced to 91 lashes and six months in jail. Amnesty International reportedly condemned the arrest.

"If you tell people anywhere in the world that 17 and 18-year-old girls are arrested for their dance, happiness and beauty on charges of spreading indecency, while child rapists and others are free, they will laugh!" One activist responded to Hojabri's story. "Because for them, it's unbelievable!"