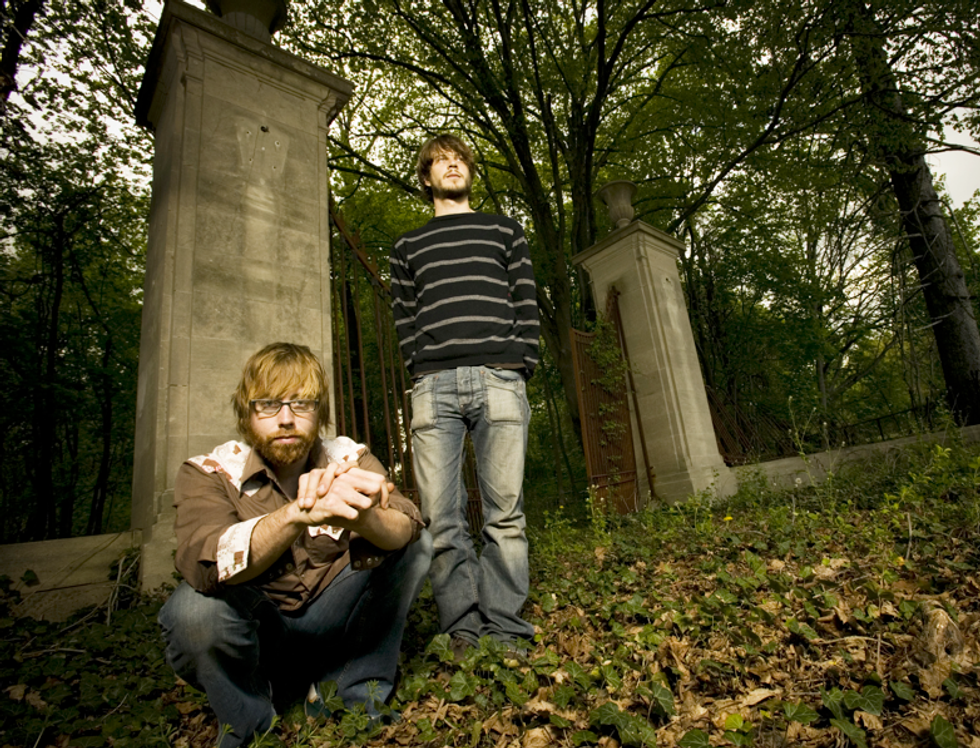 Ok, so the Brooklyn-based Benevento/Russo Duo isn't actually new but with the upcoming release of their sophomore album, Play Stop Pause, they might as well be.  Their debut, Best Reason To Buy The Sun, can best be described as neo-jazz (a genre that unintentionally makes me cringe).  Their new album, however, is completely different and far more accessible.

With Play Stop Pause, Marco Benevento (keys) and Joe Russo (drums) have created a sound that is at times dreamy, shoegazer-ish (minus the subdued vocals), ethereal and extremely texturized.  It's a beautiful wall of sound, in other words, and reminds me of one of my other favorite vocal-less duos, Ratatat.  And much like Ratatat, the Duo's music is still capable of standing on it's own two feet despite the lack of vocals. If I were Sofia Coppola I would make Play Stop Pause the soundtrack for my next movie.