Introducing Our "Use Your Voice" Summer Music Issue With Miley Cyrus! 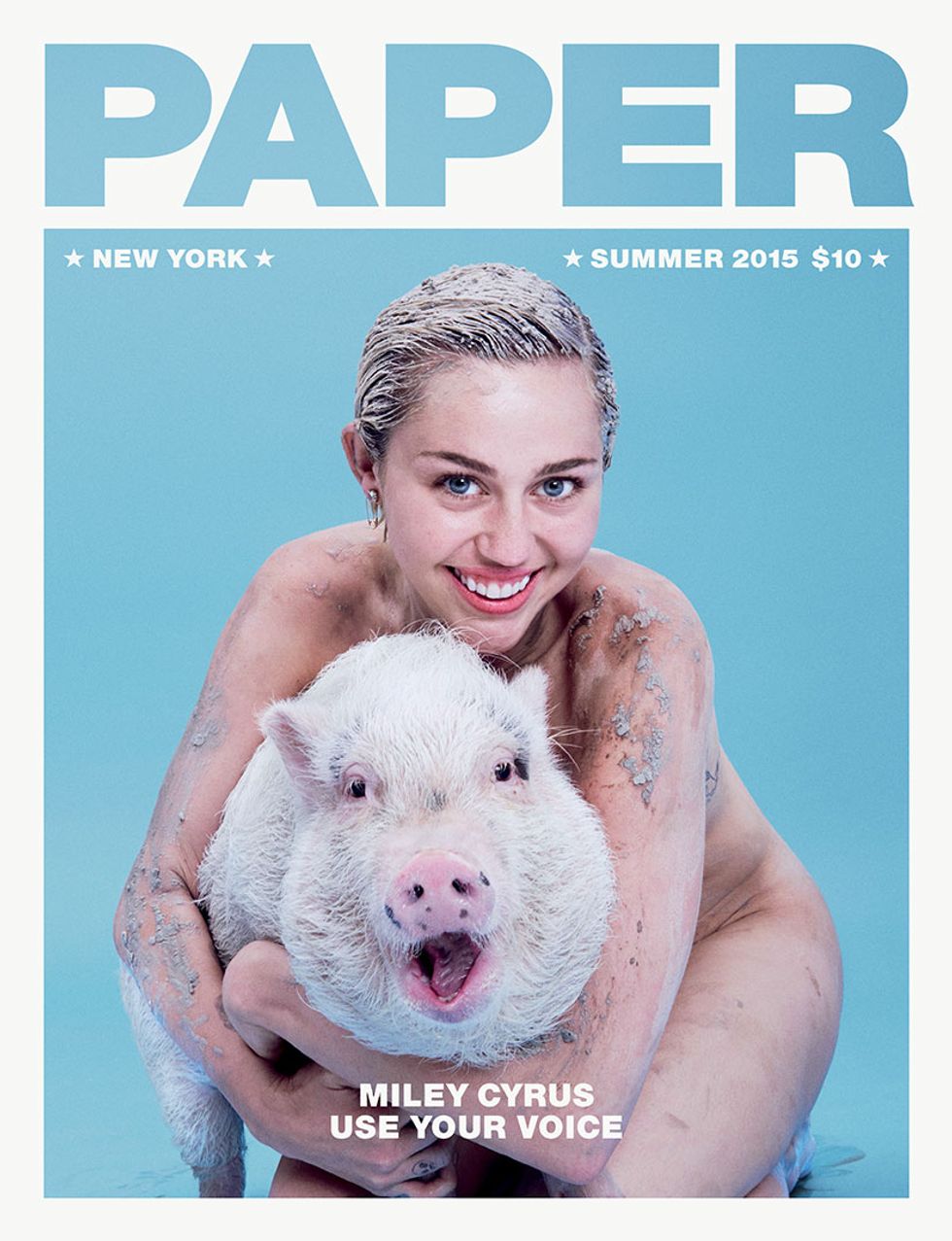 "I was doing a show two nights ago," Miley Cyrus tells us in our Summer 2015 cover story, "and I was wearing butterfly nipple pasties and butterfly wings. I'm standing there with my tits out, dressed like a butterfly. How the fuck is that fair? How am I so lucky?"

The story, on newsstands June 22nd, focuses on Miley's inspiration behind the Happy Hippie Foundation, a nonprofit launched earlier this year to help homeless and LGBT kids. The unapologetic, shit-kicking Miley we know is there, but we see an engaged and compassionate side as well -- and a fluid sexual identification that connects her personal life with her social-justice dreams.

For the shoot, we got Miley together with creative director Diane Martel (who directed Cyrus' "We Can't Stop" video) and photographer Paola Kudacki. In addition to her porcine co-star, there was a glass pyramid, some body paint and very little clothing.

The issue, which we're calling Use Your Voice, also includes a conversation with Al Gore and Pharrell Williams about Live Earth 2015 and why "Happy" is a revolutionary song; we catch up with Charli XCX, Troye Sivan and Cody Simpson, and Mr. Mickey dines out with Betsey Johnson; we meet three out-and-proud gay country stars, who tell us about living authentically in their famously conservative genre; we dip a toe into the febrile dreamworld of French pop singer Petite Meller; and we celebrate nine living legends -- from Quincy Jones to Joan Jett to Dolly Parton -- who've used their voices to change the world. All this and more in our biggest summer music issue ever.