Into the Ring: 12 Old-Timey Circus Photos

The other night, when we couldn't sleep, we spent some time on the Kentuckiana Digital Library website (don't ask), where we stumbled on the W. B. Griffin collection of circus photographs taken between 1913-1979. Griffin (who died in 2000 at the age of 96) was the founder of  W. B. Griffin and Son Insurance Administrators, and treasurer of Local 554 of the American Federation of Musicians. He played the trumpet in various circus bands, and loved taking and collecting pictures of circus-related shenanigans. Here's a smattering of images from his collection. 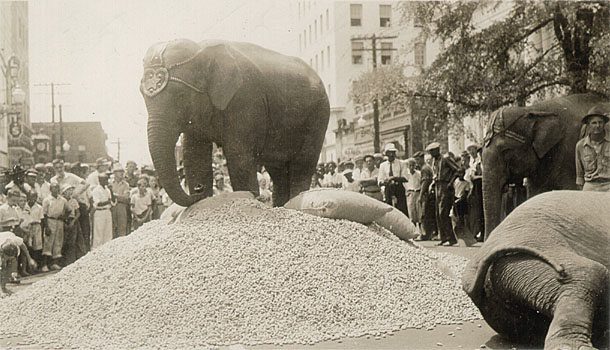 Previous Next
Elephant standing on "1/2 ton of peanuts" in Suffolk, Virginia, at Dowmey Bros. Circus 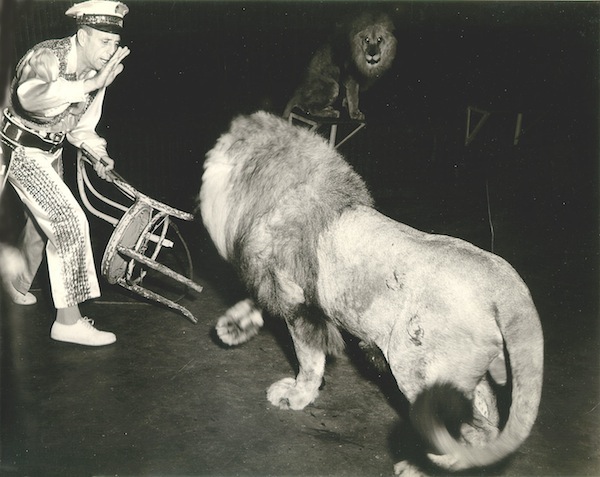 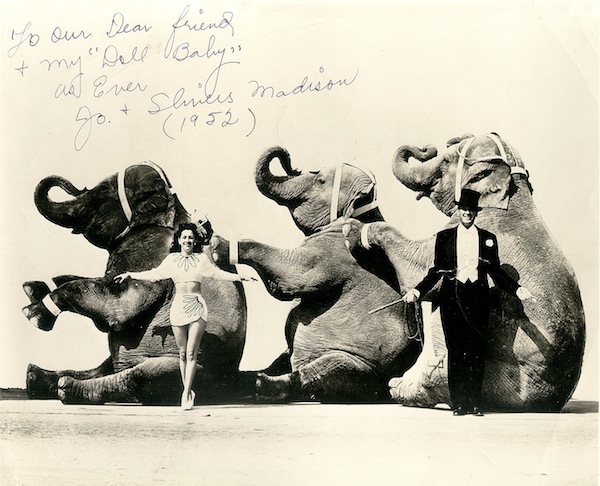 Previous Next
Jo and Slivers Madison in front of three elephants; autographed on front 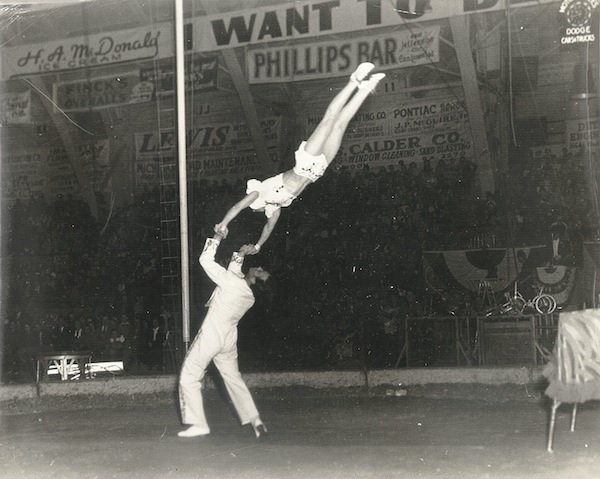 Previous Next
Balancing act in a circus ring in Detroit, Michigan 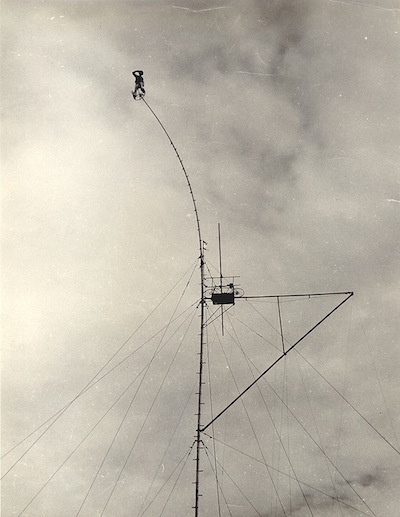 Previous Next
Circus performer in a balancing act 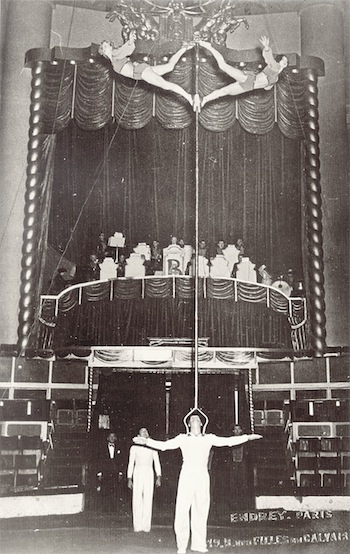 Previous Next
Circus balancing act with band on balcony 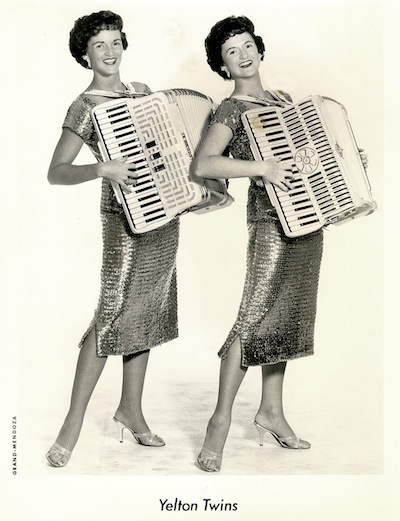 Previous Next
The Yelton Twins with accordions 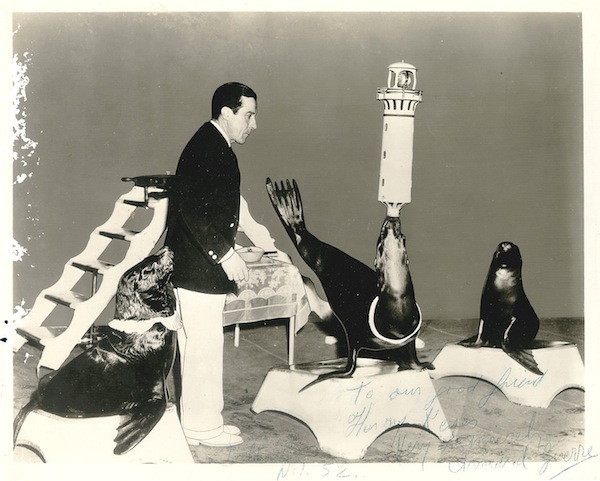 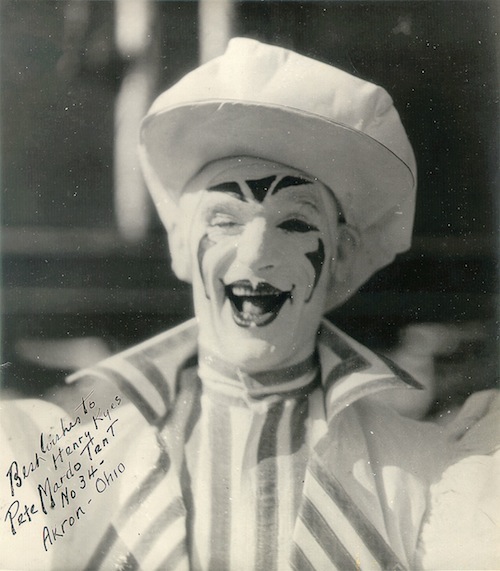 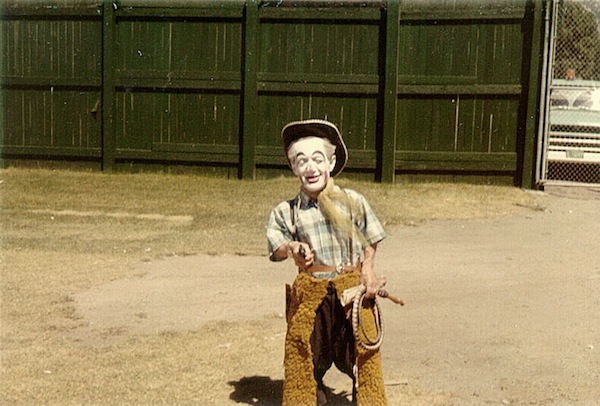 Previous Next
Clown in cowboy costume 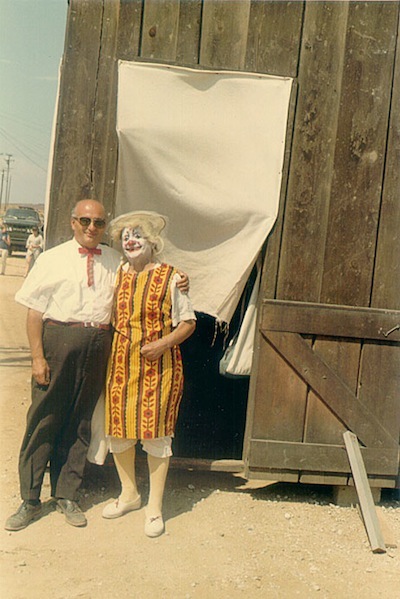 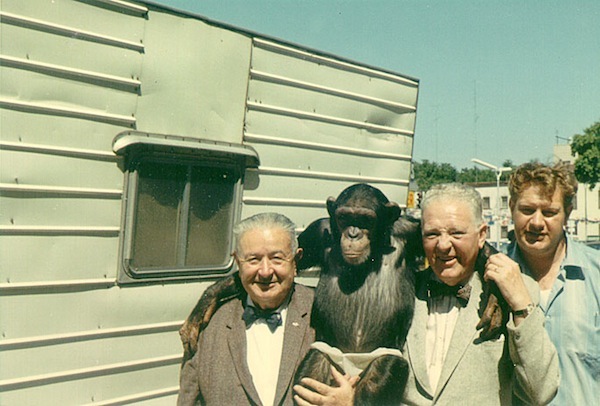 Previous Next
Henry Kyes with two other men and a chimp