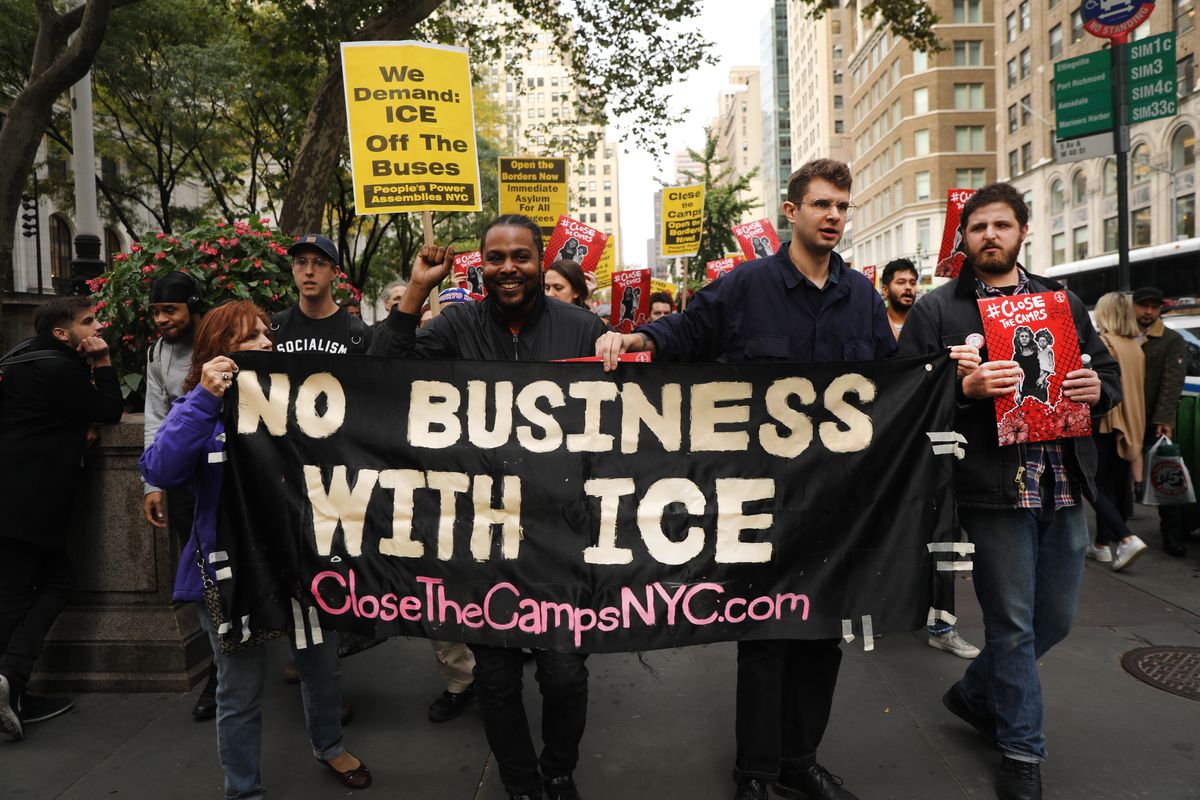 Amazon recently announced their first ever Intersect Music Festival. Scheduled to be held in Las Vegas from December 6-7, it bragged a line-up of heavyweights including headliners Foo Fighters, Anderson. Paak, Beck and Kacey Musgraves, as well as indie darlings like Japanese Breakfast and JPEGMAFIA.

Related | Why Activists Want You to Boycott Amazon

Amazon Web Services currently host Department of Homeland Security databases that the government uses to track and apprehend immigrants, according to The Guardian. CIA-backed data-mining firm Palantir, which has been criticized for its ties to ICE officials, also runs its software on Amazon's services.

"We the undersigned artists are outraged that Amazon continues to provide the technical backbone for ICE's human rights abuses," reads the boycott letter, posted Thursday at NoMusicForICE.com. The letter's page is hosted on digital justice non-profit Fight for the Future's website, and the group has also started a Twitter account @NoMusicForICE.

The artists pledge to continue the boycott until Amazon meets the following demands:

The letter continues, calling on other artists to join the boycott.

"We will not allow Amazon to exploit our creativity to promote its brand while it enables attacks on immigrants, communities of color, workers, and local economies. We call on all artists who believe in basic rights and human dignity to join us."

"My music peers' collective outrage at the announcement of Amazon's Intersect festival made several of us realize how desperately we need to formalize our concerns. Cartoonists Against Amazon, No Tech for ICE, Whole Worker, and other groups against Amazon's partnership with Palantir and support of ICE have set tremendous examples, showing solidarity with those most impacted by invasive technologies. They've demonstrated how powerful it can be to take a hard stance against accepting money earned on the suffering of others. Navigating the ethics of the music industry can be tricky, but it shouldn't be tricky to say no to opportunities that are complicit with ICE. Doing so would be antithetical to many of our missions as artists, and it's time to say we won't." - Sadie Dupuis of Speedy Ortiz and Sad13

"The powers that be at Amazon have been relentless in their pursuit to make this company indispensable to the ways many of us live -- and even with an understanding of Amazon's complicity and centrality in reinforcing various structures of oppression, it often may feel too difficult to evade their reach. This is one way that we can and must push back. As creatives we have to recognize the power we possess in effecting change and sending a message not just through the art we produce but also the channels through which we share it. We have to draw lines and this is one I am choosing to draw because nobody should ever have to live under the kind terrorism that ICE has inflicted upon countless immigrant communities." - Sammus

"One would think that shame would be enough. One would think that providing AI and facial recognition technology to military and law enforcement, during a time of mass deportations, crackdowns on popular protests, and flagrant incidents of police brutality would give one pause. But that's not the way Amazon works. As Teresa Carlson, vice president of the worldwide public sector of Amazon Web Services, explains Amazon's priorities during this era of what many are calling a neo-fascist takeover of several world governments including our own, 'We are committed to our customer, and we are unwaveringly committed to the U.S. government and the governments we work with around the world.' We musicians are therefore organizing something more than shame. A boycott!" - Deerhoof's Greg Saunier

@NoMusicForICE Note that the purpose here is not to shame musicians currently playing the festival in dropping out,… https://t.co/y29EnaQiBB
— La Neve (@La Neve)1571923311.0