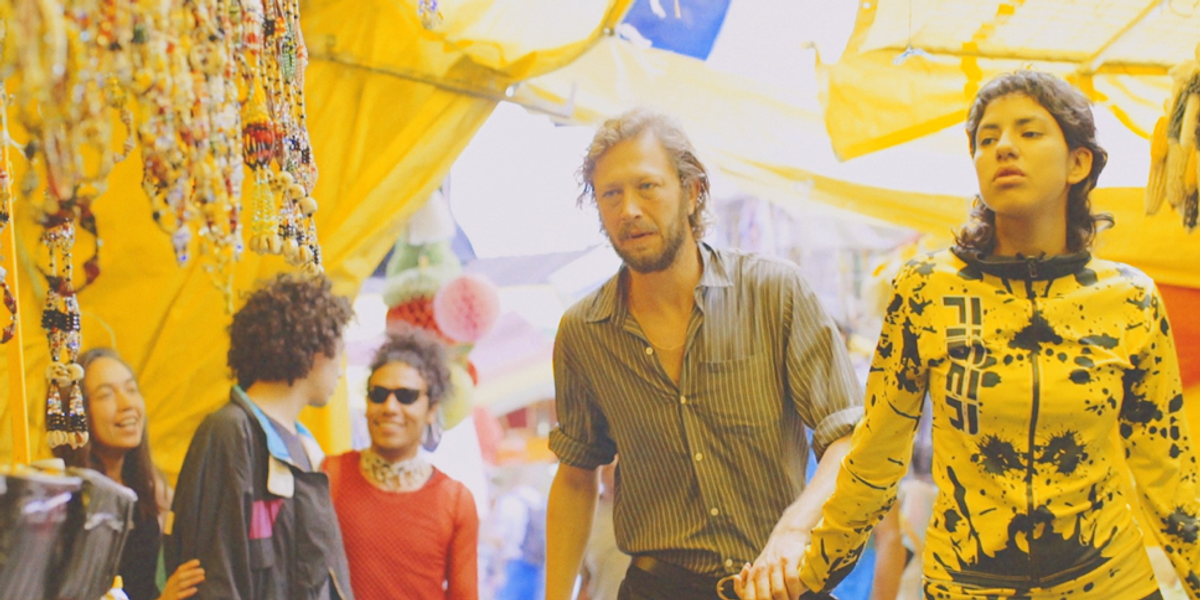 Interpol's 'The Rover' Video Is a Real Trip

In the best way.

NYC rock band Interpol is gearing up to release their sixth album, Marauder, out August 24. The stars behind their seminal classic Turn On the Bright Lights dropped the video for first single "The Rover" today, and let's just say it's a real trip, literally (in the best possible way).

In the video, directed by Gerardo Naranjo, whose credits include Netflix's Narcos and AMC's Fear the Walking Dead, actor Ebon Moss-Bachrach (Desi on Girls) wanders through streets and landmarks of Mexico City following an opening scene in which he hops out a van, separating himself from Interpol bandmates post-psychotic hallucination. What ensues is, essentially, a psychedelic, fast-moving adventure; Naranjo fills the screen with vivid, almost frantic images of everything from religious iconography to crowds of people that appear passed through warm colors and vintage filters, as if to suggest that time is social construct.

The video's climax is during a press conference, a life-imitating-art moment that features Moss-Bachrach as a roving cult leader of sorts, pressing his forehead against that of Interpol's lead singer and guitarist Paul Banks. Paired with the song, which is a rollicking, guitar-heavy, richocheting tune featuring lyrics about a person forever in flux, the video then becomes the very embodiment of constant change. The video and song, which follow no logical conclusion by remaining open-ended, intriguingly set the tone for what's to come from Interpol this album cycle. The adventure continues.

See the video below and pre-order Marauder here.