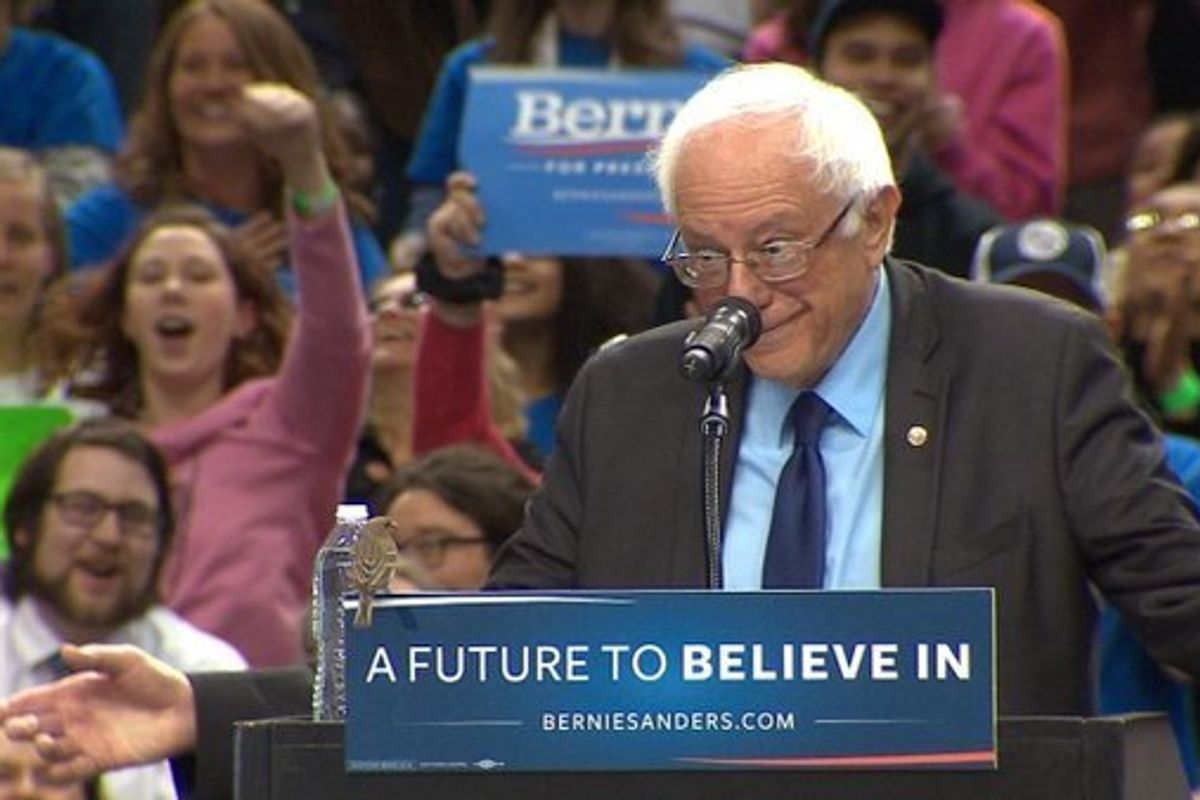 Last night, at presidential hopeful Bernie Sanders' rally in Portland, Oregon, the Democratic darling noticed a small sparrow had made its way into the packed auditorium.

The Vermont Senator and staunch environmentalist addressed the small deity's manifestation before him.

"This little bird doesn't know it..." Bernie began--most likely about to make some Birckenstock-clog of a metaphor about his nature-lovin' politics.

All of a sudden, the bird leapt onto Sanders' podium, and the crowd rapturously roared, as if they'd just witnessed Christ turning water into god damn wine.

I want there to be an entire line of t-shirts that just say, "OOH!" with a silhouette or Bernie and the bird; someone get on that.

Naturally, the Internet went insane over it, with people seeing this avian endorsement as a sign that Mother Earth has placed her shrubby bet on a potential President Sanders.


Many are noting the almost divine coincidence of the similarities between the sparrow's symbolism in history and Bernie's for-the-people politics...