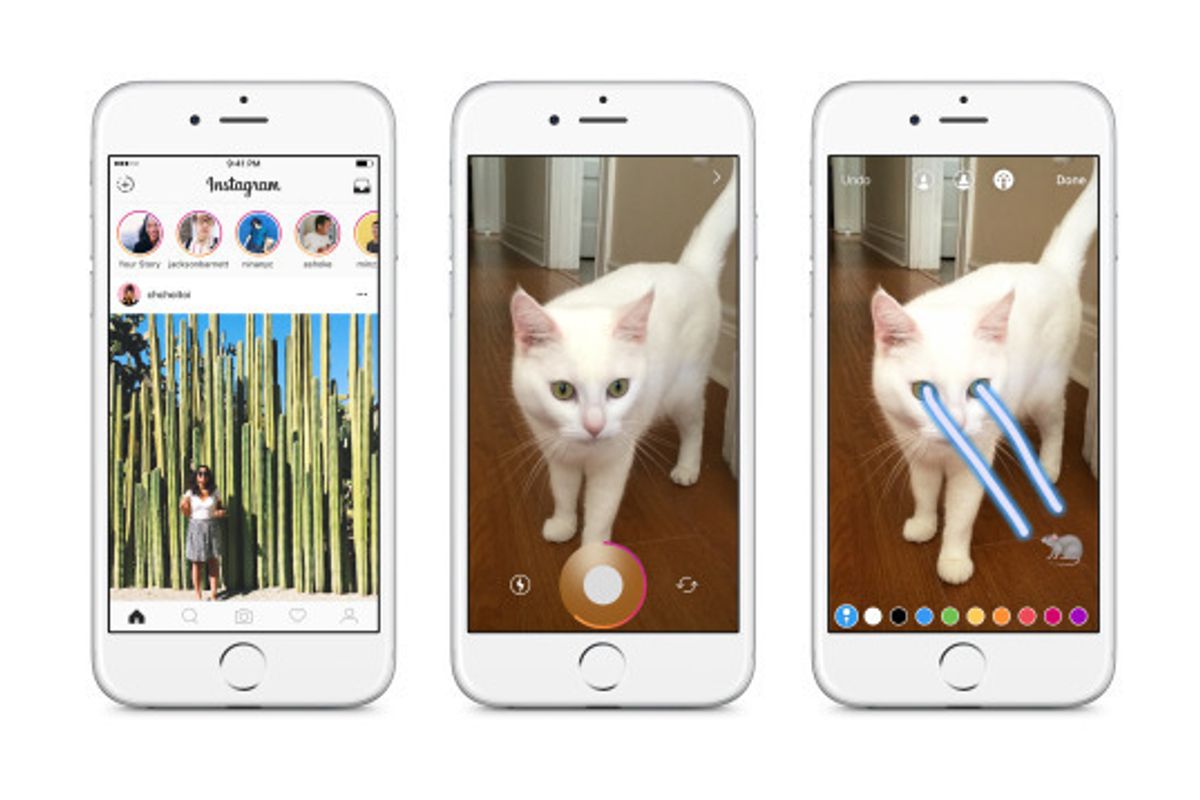 Instagram announced plans for a new "stories" function today, which will allow users to upload temporary photos and videos, control which of their followers will see them, and will undoubtedly help the social media titan better compete with Snapchat.

Facebook, which owns Instagram, has tried to replicate the Snapchat model before. That app, favored most by the tween, teens and millennial users advertisers drool over, famously rejected Facebook's $3 billion acquisition offer in 2013. (When PAPER profiled Snapchat founders Evan Spiegel and Bobby Murphy back in April of 2013, the then-two-year-old company was already valued at $60 million. It is now valued at $20 billion.)

Facebook's latest attempt at putting a meaningful dent in the competition, however, just might do the trick.

"With Instagram Stories, you don't have to worry about overposting," reads an Instagram tumblr post. "Instead, you can share as much as you want throughout the day — with as much creativity as you want. You can bring your story to life in new ways with text and drawing tools. The photos and videos will disappear after 24 hours and won't appear on your profile grid or in feed."

"Overposting" seems to be something Instagram's younger users are indeed more wary of, carefully pruning their accounts to the bare bones and keeping a minimal presence. Per a Tech Insider headline from May: "If you have over 25 photos on Instagram, you're no longer cool."

How will it work? Instagram says that if someone you follow posts an update to their story, their account will appear with a pink ring around it at the top of your screen. Like Snapchat, users will be able to control who gets their stories pushed to them, and you can swipe to see who viewed your updates. You can also pick and choose which parts of your stories you share.

Does this mean we'll all finally know what it's like to follow Drake on his secret Snapchat? Let us in, @ChampagnePapi!

Instagram Stories will be released over the next few weeks on iOS and Android.