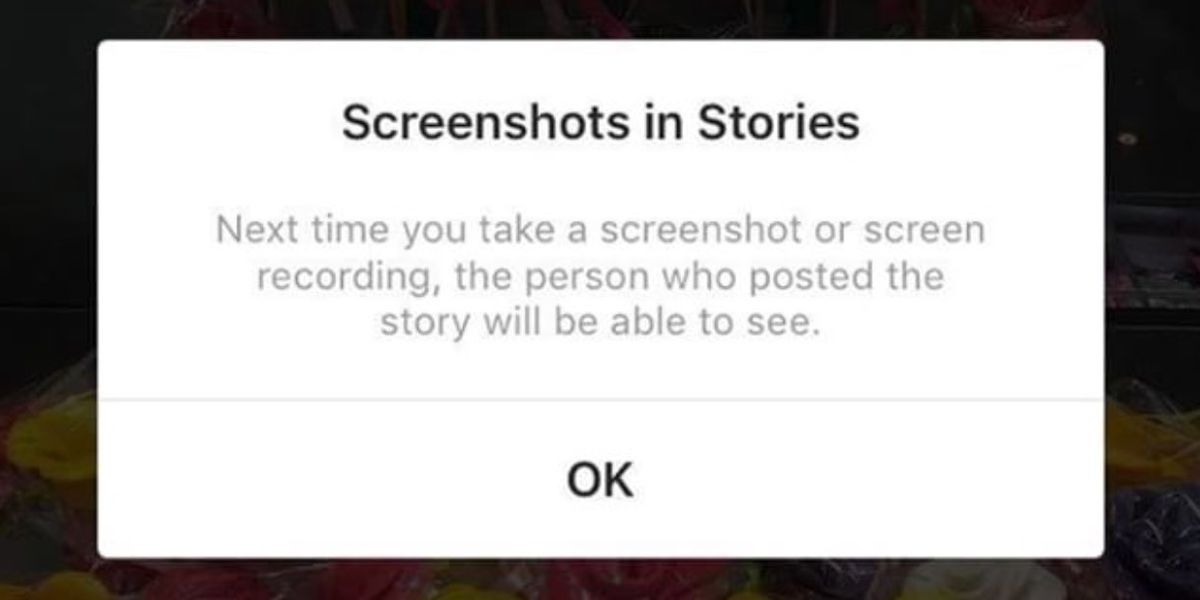 Instagram is officially testing out a feature that will make stalking in peace a lot harder — it's testing out a program that lets some users know who has screenshotted their stories, according to Tech Crunch.

Some users have reported they've received pop up messages from the app letting them know that Instagram will be flagging when you take a screenshot of someone else's IG story and sending that info to the person in question.

According to the Tech Crunch report, the users selected as part of the trial can see who has been viewing their stories with the 'seen by' list (like everyone else, at this point), but with the extra feature that those who have screenshotted an image or recorded a video will have a camera logo next to their usernames. If it sounds an awful lot like Snapchat, that's because it's nearly exactly the same. Instagram confirmed to Tech Crunch that the trial was happening, saying they are "always testing ways to improve the experience on Instagram and make it easier to share any moment with the people who matter to you."

PSA: How you get notified on Instagram when someone took a screenshot of your Stories pic.twitter.com/Iua2QeyskF
— iz reading On the Edge of Scandal 🍑 (@readbyher) February 11, 2018

It's hard to see who exactly will benefit from this feature — if your stories are already public, then the possibility of someone screenshotting them is always there, laying dormant. But knowing the degree to which someone is lurking on you could potentially cut down on actual stalking and harassment, as it adds another layer of consequence to users' behavior.