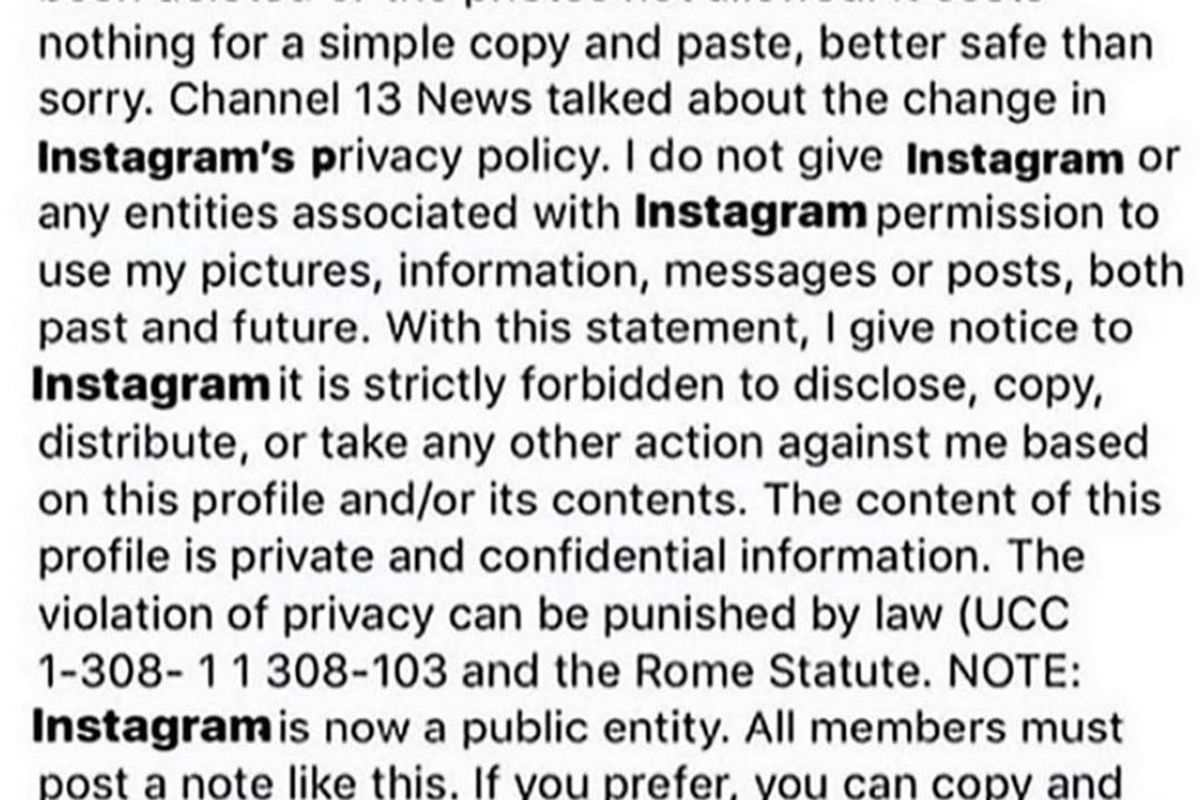 If, during one of your approximate 1000 social media scrolls of the past 24 hours, you've been tempted to re-post that deep fried screenshot about "new Instagram rules," quite simply: don't! It's fake, obviously, and has actually been circulating for several years now.

There are a few variations of the screenshot, but they all concern Instagram or Facebook having permission to steal user photos and share them around. This is perhaps a valid enough concern — don't trust tech companies with your data — but re-posting a bunch of garbled text is sadly an ineffective way to address it. Like, it does absolutely nothing.

If you were already fooled by the hoax, take comfort in the fact that you're not alone. Plenty of Instagram users have decided to be better safe than sorry over the past 24 hours, including numerous celebrities, especially those aged 30+. Julia Roberts, Usher, Niall Horan, Tom Holland, Rob Lowe, Debra Messing, Taraji P. Henson, Pink, Judd Apatow, and Julianne Moore all posted — some deleted after being chastised by younger followers for being gullible, but a few are still hedging their bets. (Pink kept her post up but became so stressed that she formally apologized for causing offense. Aw, Pink! There's no harm done.)

Predictably, the best thing to come out of Instagram's latest viral trend is the memes and clever re-writes of the original text. John Mayer, known troll, wrote a good one.