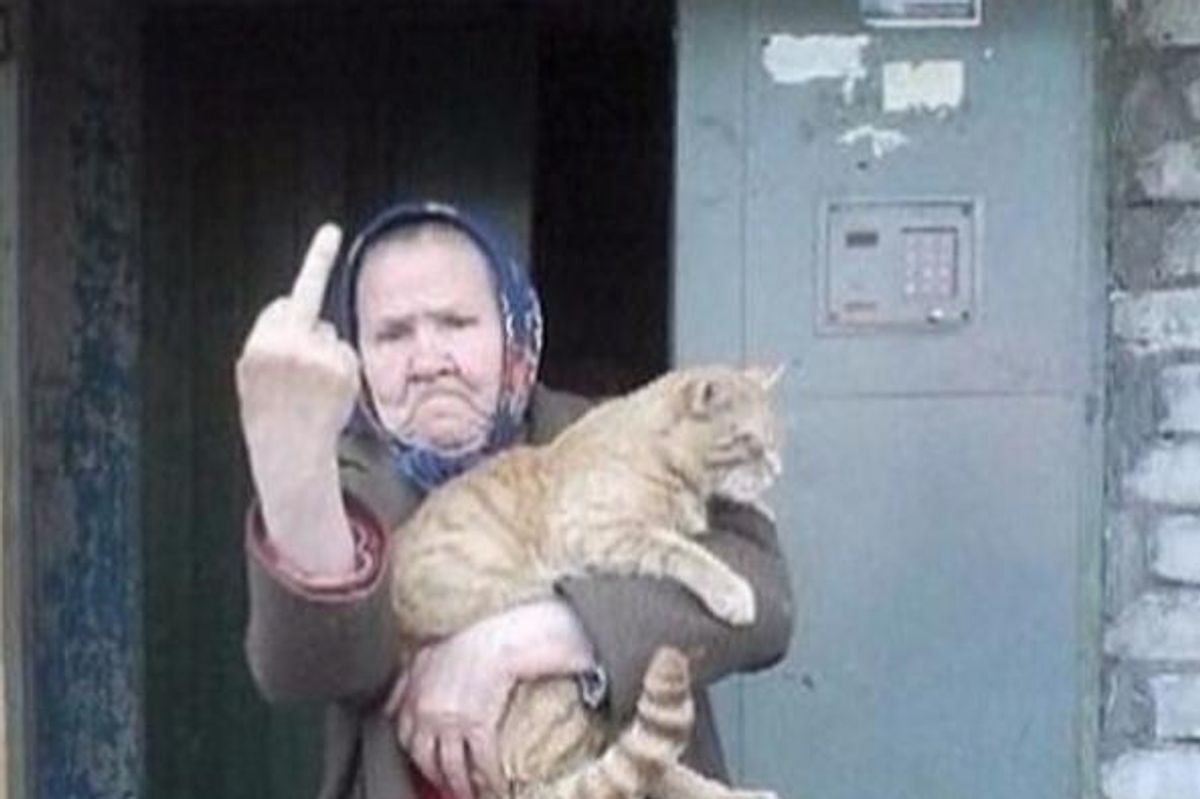 Our feeds are clogged with essentially the same joke, barely disguised as something else; memes are neither created nor destroyed, they simply change into other, shittier memes.

Thankfully, the orchids of our collective online garden -- the brutally specific, single-topic accounts--act as an antidote to the homogenized fuckery we're beat over the head with every passing moment.

Enter: @Lookatthisrussian--a visual oasis, which truly does what it says. It wants us to look at this Russian.


It's an entire account--with tongue completely in cheek--poking fun at the Western stereotype that post-Soviet Union Russia is a grey-skied kingdom of hardened 12-year-olds with beards, chainsmoking in wheelbarrows near a muddy farm.


The California-based creator, Brian (he declined to give his last name, but told us he's an EMT), has established a steady cult following who delight in the absurdity of the uber-satirical depiction of our Eurasian brethren across the sea.


How did you first come up with the concept?

I have always been fascinated by Russians; they're so hardcore, and the Internet is loaded with photos and videos that prove just that. The idea to start the account came after a hearing a few stories from a friend who had recently returned from a trip to Russia. He basically confirmed the internet's portrayal. I'm completely aware that all Russians aren't mainlining vodka or riding bears, but hey, it's an Instagram account. It's a joke.

I felt this was a pretty fucking appropriate way to bring an account about Russia to life.

How many people do you have giving submissions? Or is this a solo act?

It's mostly solo, I do get quite a bit of support. I receive a handful of follower submissions a day through tags or direct messages. My friends are pretty on top of it too. Most of them love it.

Do you ever get criticism over the account's portrayal of Russian people?

I haven't gotten too much criticism. I get the occasional angry person commenting on a post, but it's pretty rare. A good amount of my followers are Russians currently living in Russia, and they send me some of the best content. Go figure.

Who's the most famous person who follows you?

With over 120K followers, Look at this Russian is a bonafide famous Instagram. At what point did you realize you had something special?

I pretty much knew it from the start. The idea was so specific, there really wasn't anything on social media quite like it at the time. I owe it all to Russians, though.

I don't get too many weird DMs -- mostly just messages from followers.


What's your favorite Internet "k-hole" you like to go into when you're bored?

Once you open that door it's over. YouTube videos get me the same way. I've watched a video titled "dank ass sandboarding son" three times since starting this interview.

That's a tough one; there's so much out there. The lines between "weird" and just "fucked up" have blurred, but "TECHNOVIKING" was weird...

There's also "One guy, one jar." Don't ever watch that video.


Noted! What are your favorite accounts to follow--any under the radar good ones we should know about?

A photo posted by @artistformerlyknownasmillaspa on May 29, 2016 at 8:09pm PDT


@youdidnotsleepthere kills me. It's An whole account celebrating Instagram's most illogical campsites.


Would you want to take this account further? Merch, maybe?

It's crossed my mind, although I'm not quite sure where to go with it just now. Any ideas? I've had a ton of followers ask about t-shirts. It could be pretty cool to make a handful and do a giveaway.

The concept of "Look At This Russian" is so specific, yet oddly universal. People ARE fascinated by Russians, which is the genius of this account. Would you ever want to explore other regions of the world?

Middle America could be next.