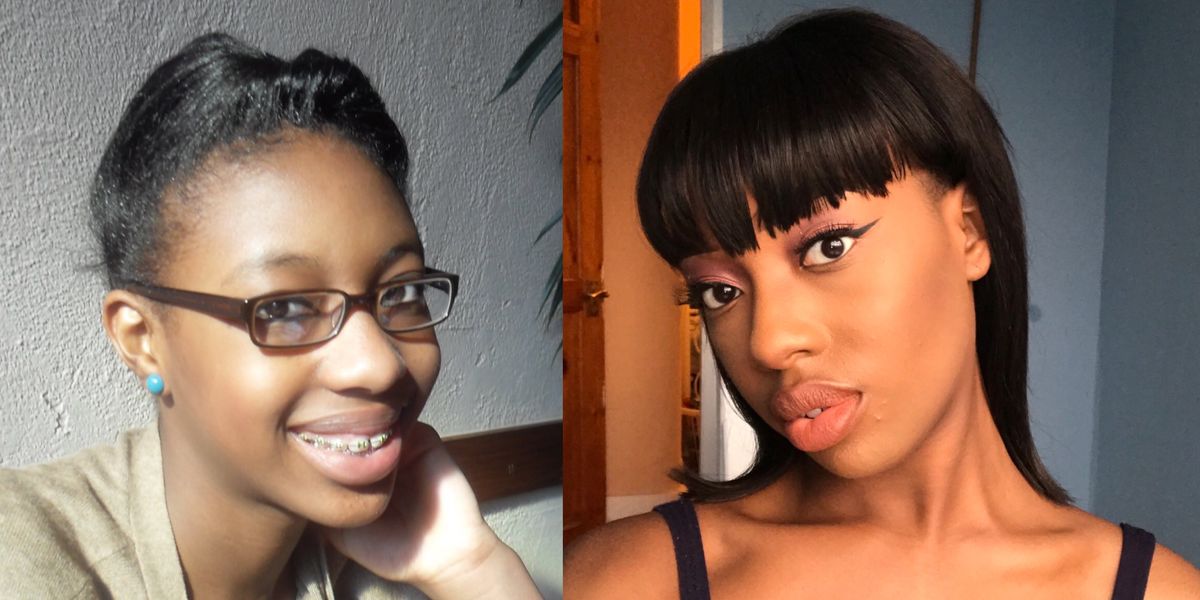 What the 10-Year Challenge Taught Me

As we've made our way into 2019, we've already found an online challenge that has been sparking nostalgia across the Internet: the 10-year challenge. Taking a photo from 10 years ago (2009) and comparing it with a recent image, often with the unspoken purpose of showing off a significant change or "glow-up" in appearance, has had us all remembering where we were — and what we looked like — back then. It was humorous to see how much people have changed and the difference in fashion and style from years ago, and I planned to join in.

But scrolling through old pictures to find the perfect shot, I quickly realized I couldn't find any full body pictures of myself. In fact, going through my photo archive made me remember just how much I hated my body back then, and how much I struggled with being thin and tall. This might sound unusual, as being thin and tall is often seen as the ultimate desirable body, but it wasn't for me. I felt awkward, unattractive and wished I was bigger than I was. Though I was always told I should be a model, I couldn't help to think that I looked like an alien. I remember a specific day getting off the bus as usual only to hear the two girls behind me whispering "she's so thin" in a negative way. I would use the money my mom gave me for lunch to buy protein shakes so I would get a bit thicker but to my dismay (and thanks to my high metabolism), it didn't work.

Related | Why Do Gay Men Hate Their Bodies

When we speak about body issues, we usually associate them with white girls who want to be thinner. Growing up, I faced the opposite issue but with far less visibility. My mother and sister are naturally curvy, and I watched as my Black female peers developed figures that made me feel inadequate as a Black girl. I'm Congolese, and most African women I knew of naturally had big hips or backsides with tiny waists, so it didn't make sense to me as to why I was so skinny. I longed for the day where I too would have a similar shape, but it didn't look that day was coming. Part of me felt bad for wanting to be curvy because my natural slim physique was praised by so many other people; as a result, half of me wanted to be bigger, but the other half of me felt that I should embrace my body.

As I got older I slowly started to put weight on naturally and became more comfortable in my skin. For a lot of Black girls in particular, being thin isn't something we're proud of. A friend shared that she would get bullied by other Black girls for being so thin. They would say she doesn't look normal and ask her how she would give birth, being so tiny. Though this is something I struggled with more when I was a teenager, it's still something older Black women deal with today. I've spoken to numerous Black women who say they would get a Brazilian Butt Lift — a costly and potentially unsafe yet increasingly popular plastic surgery procedure — because they hate their bodies. With figures such as Kim K normalizing the curvy physique, some Black women feel the pressure more than ever to claim the body that's "naturally" supposed to be ours.

Though the glow-up challenge is fun, it also reminds some of us of a time we'd rather forget. For a lot of teens, puberty is an awkward stage where your body is changing (or not) and you're constantly comparing yourself to others to find what being "normal" is. For a lot of Black women, our teenage years were spent being told we were too dark, too thin and generally not good enough. We need to normalize all Black bodies and dismantle the myth that every Black woman naturally has curves — or looks the same.