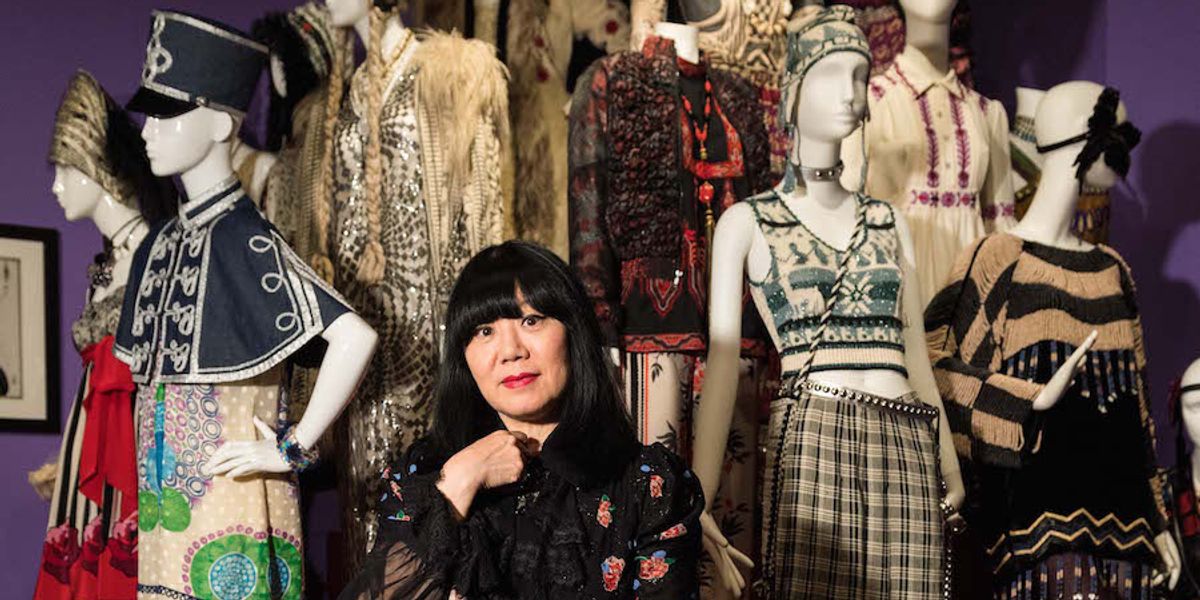 Inside the World of Anna Sui

The iconic designer is the subject of a new museum retrospective and a new book.

We're having an Anna Sui moment. The iconic American fashion designer is the subject of a major career retrospective at the Fashion and Textile Museum of London, on view now through October 1st and featuring 100 pieces from her archives, as well as a new book written by respected fashion critic Tim Blanks and out via Abrams. Both the show and the book are entitled The World of Anna Sui, a fitting description for a designer whose total embrace of a distinct aesthetic and mood has welcomed us into her universe for decades. Though the show features a cross-section of Sui's designs throughout the last two and a half decades, her signatures -- vivid, Biba-esque patterns; romantic, flowy sleeves and hemlines; babydoll silhouettes -- persist throughout the differing eras and trends, getting reimagined and remixed into pieces that still feel as fresh today as they did at her debut show back in the fall of 1991.

Of the retrospective, Sui says, "It was both emotional and thrilling! This was the first time since the actual shows that I've seen many of the outfits complete with accessories and the way we originally presented them. I could just picture the models who wore them and the placements of all the accessories." She continues, "It was very nostalgic to realize that so many suppliers were not around anymore and mindboggling to comprehend how we made some of it in the first place!!! The way the museum presented my work is beyond my wildest dreams. They really captured The World of Anna Sui."

Below we share a few images from the show and book but for those fortunate enough to be in London these next few months, be sure to take it all in IRL.
View Slideshow