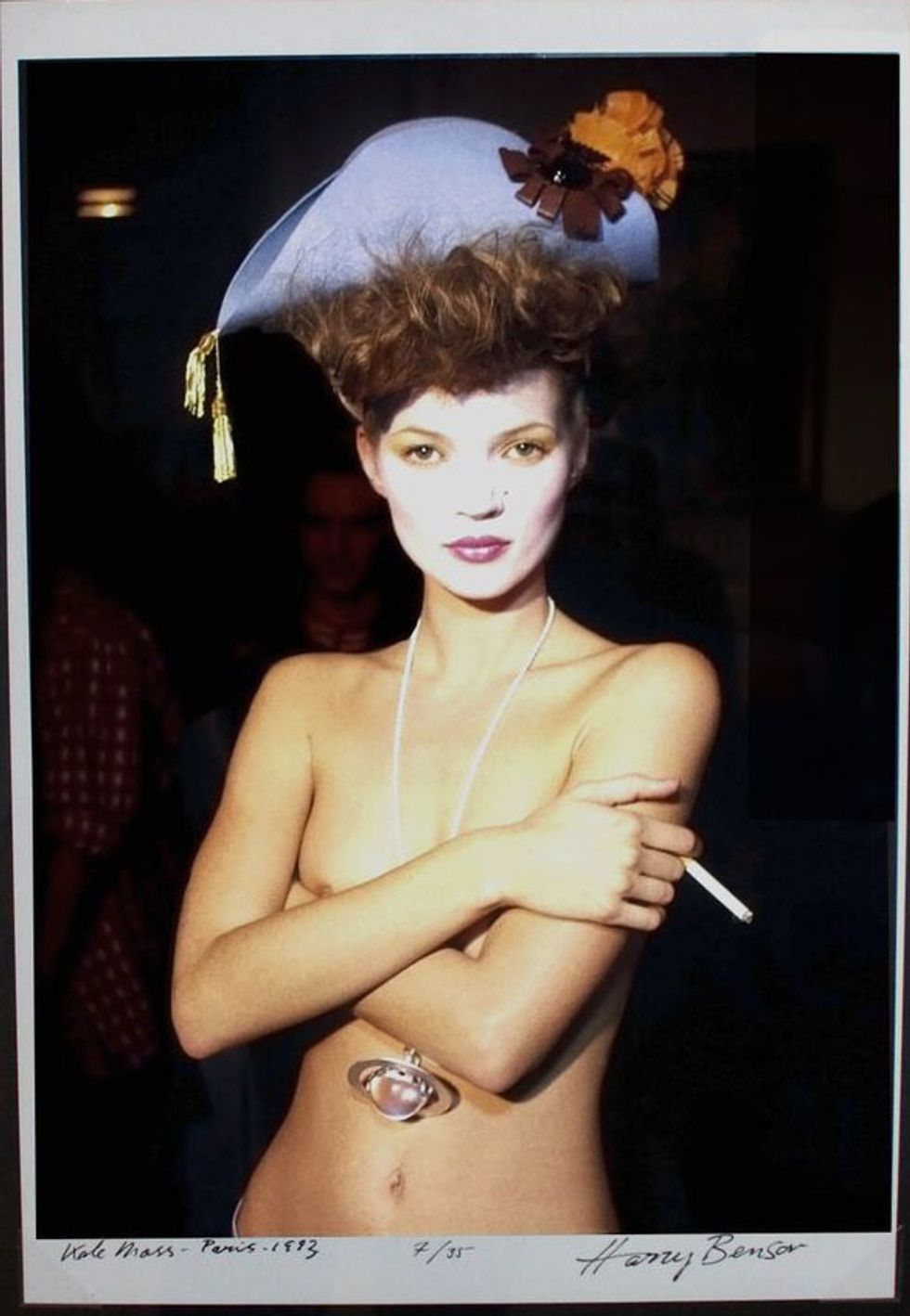 The first celebrity Patrick McMullan ever snapped was of future President Richard Nixon at the Walt Whitman Shopping Mall on Long Island in 1966 when the budding photographer was only 11 years old. “The Secret Service people saw me there with a camera and brought me right up to his car. I took his picture and shook his hand, but when I had the film developed, that photo, the last picture in the roll, was clipped off,” remembers the famed nightlife photog. “That was devastating to me.”

McMullan seems to have recovered rather resiliently from that first disappointment. At this stage in his thirty-year career, he's shot pretty much every famous person on Earth outside of the current Pope, the Dali Lama, and the Royal Family. “I think it could be a good excuse to get them all in a room together,” says the photographer from inside Salomon Contemporary in Chelsea, which is hosting a new exhibit titled Pictures from the Patrick McMullan Collection.

The show came about after the gallery’s owner, James Salomon, visited McMullan’s apartment with his son Matias to have their portrait taken. “I went wild over what I saw hanging on the walls,” says Salomon, who’s known McMullan for almost fifteen years. “I thought it could be a rare, insightful glimpse into his world. Such an ensemble we thought would make a great gallery show."

The exhibit, which will run until July 31st, features a sprinkling of Patrick’s own work, but mostly includes over 200 images from other famous photographers and artists, as well as items McMullan has purchased, traded, bartered or found throughout his fabulous life. In fact, McMullan is still adding to the exhibit as we speak. “They kept saying, ‘We have enough stuff!’ but I keep bringing in more,” McMullan says. “I see blank space on a gallery wall and in my mind it’s Manifest Destiny!”

The photographer was gracious enough to spend a recent afternoon walking us through a selection of works from the likes of David LaChapelle, Steven Klein, Harry Benson, Mary Ellen Mark, Bruce Weber, and more. Take a look at photos from the show and read McMullan's recollections, below. 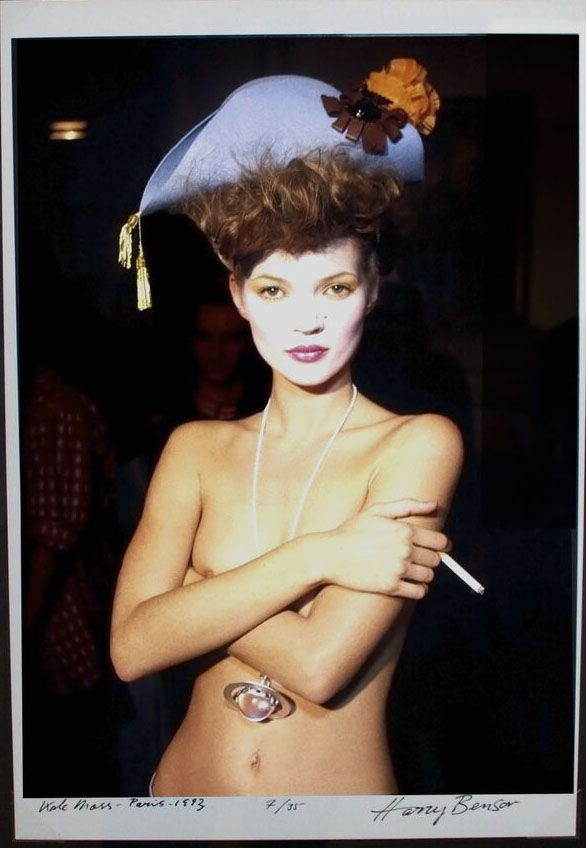 "I never met a model I didn’t like. I respect models because it’s not so easy to turn it on and off. Kate, she’s never been anything but sweet to me, even when she didn’t need to be. She’s very Marc Jacobs in the sense that she’d break away from Anna Wintour at a party just to come give me a hug. And this image…Harry Benson is my favorite living photographer today." 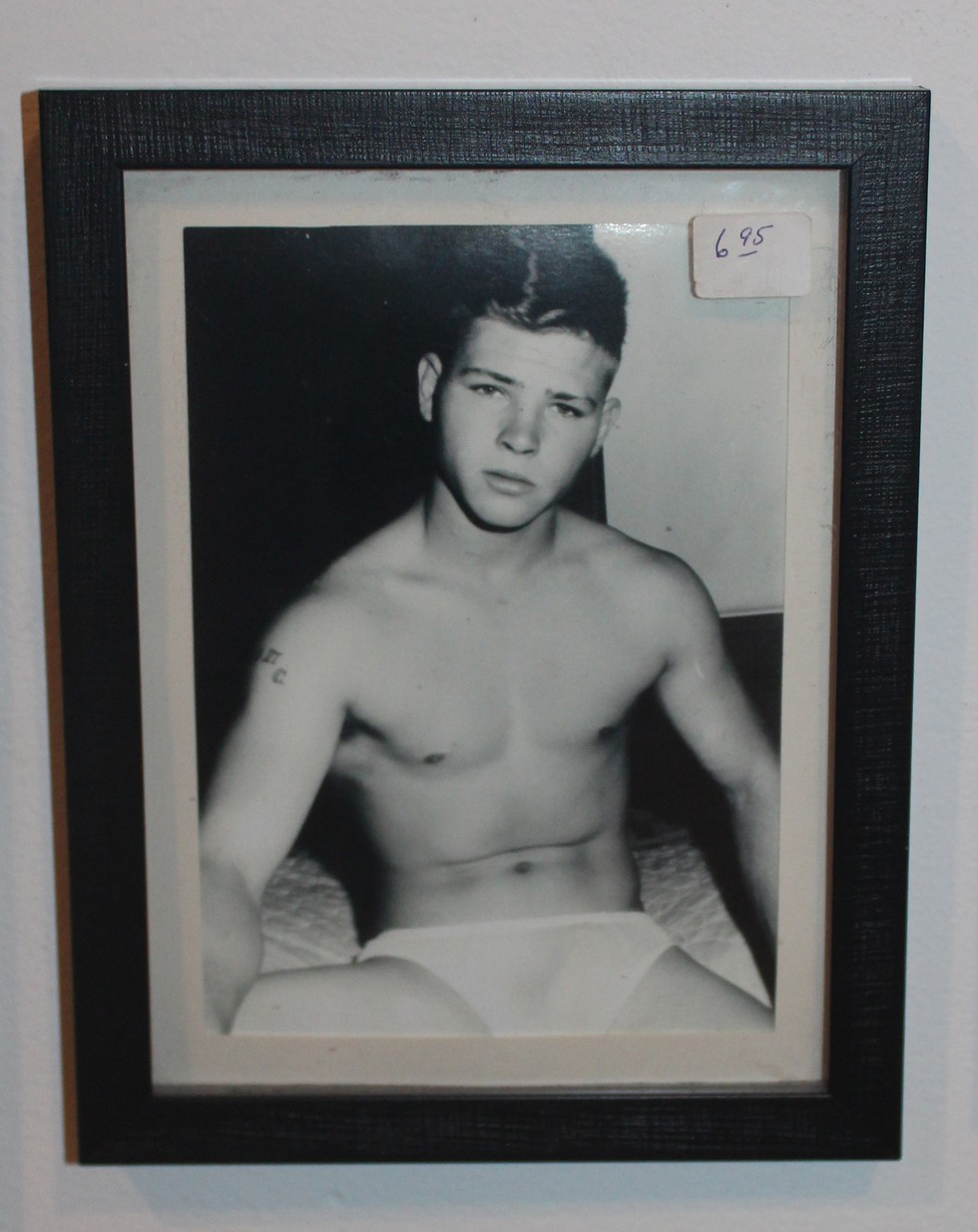 "I bought this in Providence. It’s just this young boy-very Americana. He’s right at that age where he’s becoming a man. It says a lot about America’s view on war and sex. Also, there’s something a little taboo, very intimate, and very powerful and I love the price tag; I had to leave it on." 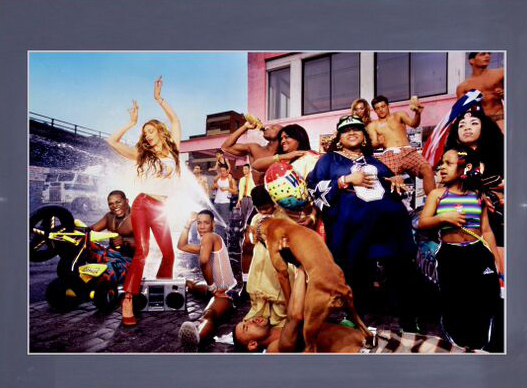 "I remember David LaChapelle from when he was a child, like 16 or 17 at the Palladium or Studio 54. He was always a lot of fun and naturally glamorous. He liked to dress up -- a true participant. He’s fearless and similar to Annie Leibovitz in that he’s more like Scorsese than your average photographer. They’ll both have twenty-five people on a set! It’s crazy.

This was around the period when David did Rise -- that dance film. And Madonna. Here she is again -- the queen of the world. She just is, whatever she is. She’s our Elvis. I want her to play the Bette Davis role in All About Eve. She’d kill as a modern rock 'n' roll version of Margo Channing." 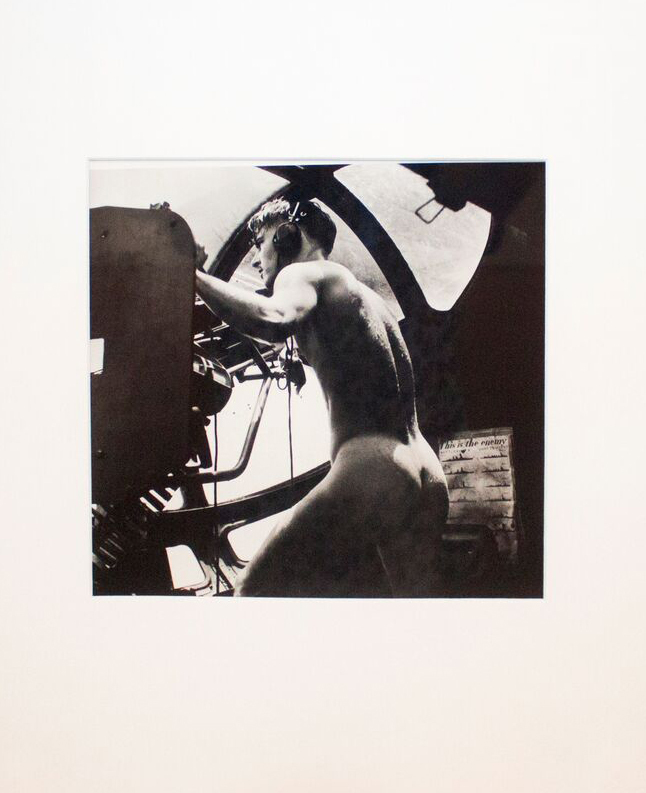 "Horace Bristol was a Life Magazine photographer. This gunner jumped into the water to rescue a marine pilot who was shot down. He then climbs back up, sopping wet and hot, and gets right back to his gun. No time for clothes. You know, as a photographer, you have to be in love with the people in the picture a little bit, no matter who they are, even if it’s avuncular. Horace treated this shot will love. This man in the image is a movie star." 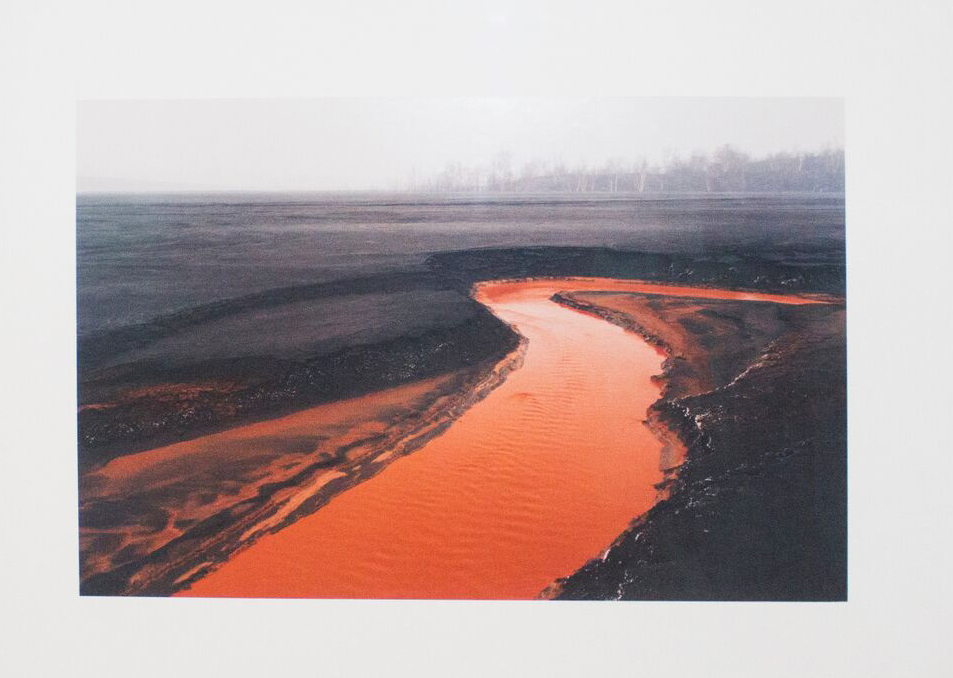 "One of my most expensive buys. Burtynsky is a very famous photographer. This is the aftermath of a meltdown in China I believe. The orange river is so beautiful. I love everything he does, so odd. If I had the money I’d buy five more of his pieces." 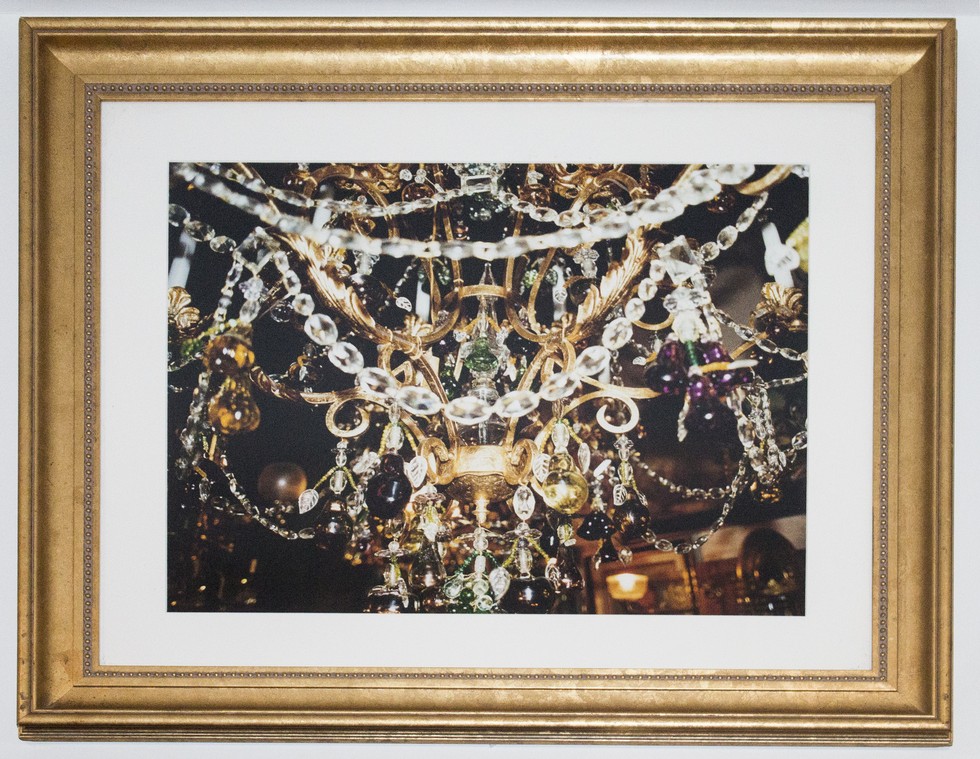 "Jessica Craig Martin is a friend and she such a wonderful eye-so different from my own and she’s great at editing down. I shoot a thousand images and like 900, whereas she’ll only keep twenty. She also really knew how to get that close crop and make it magical. I bought this because it acknowledges that I have a fetish or fascination, I guess you could say, a 'fetish-nation' for chandeliers." 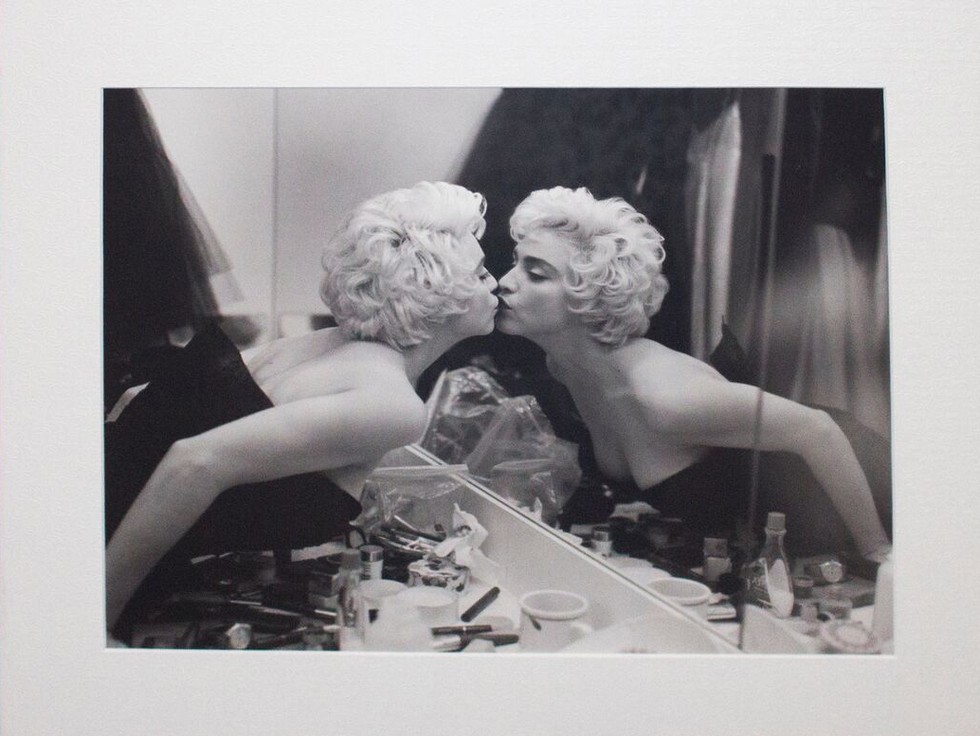 Previous Next
Bruce Weber
Madonna In Love With Herself, 1986

"Interview Magazine once ran a photo of mine of a little baby horse running around. Bruce Weber told me how much he loved that image. I traded him for this photo of Madonna kissing the mirror. This image is so not Bruce Weber to me, which is why I like it. Also, I really idolize Madonna. No, the word idolize is wrong. It’s more like respect. I 'respectalize' Madonna. Here she is in her prime. Perfection. 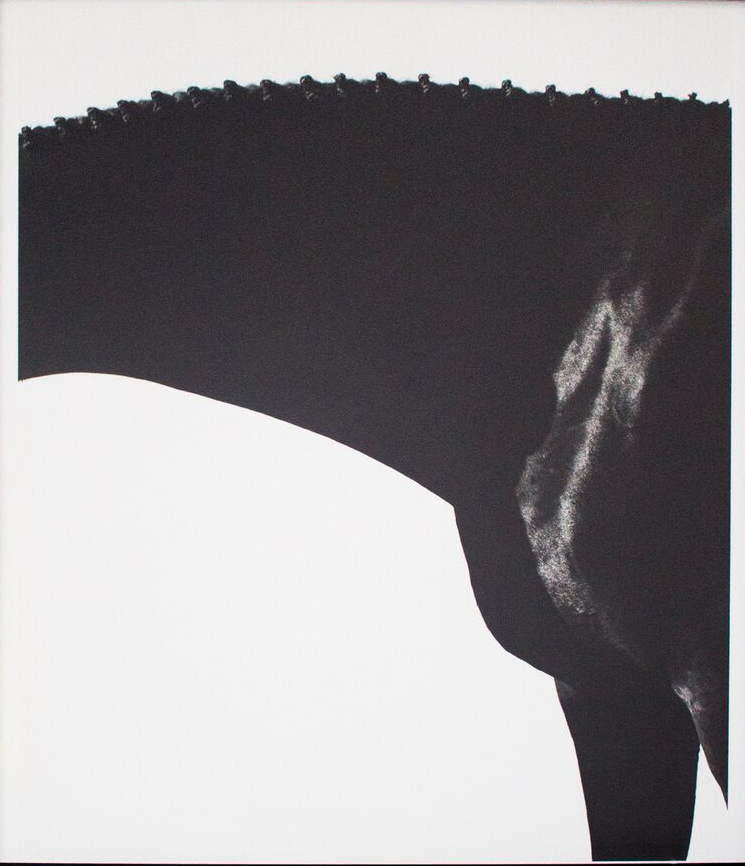 "I don’t know what’s up with Steven Klein cutting heads off. I guess he’s sick of faces. It’s not even a horse to me; it’s just a fun shape. He’s so talented." 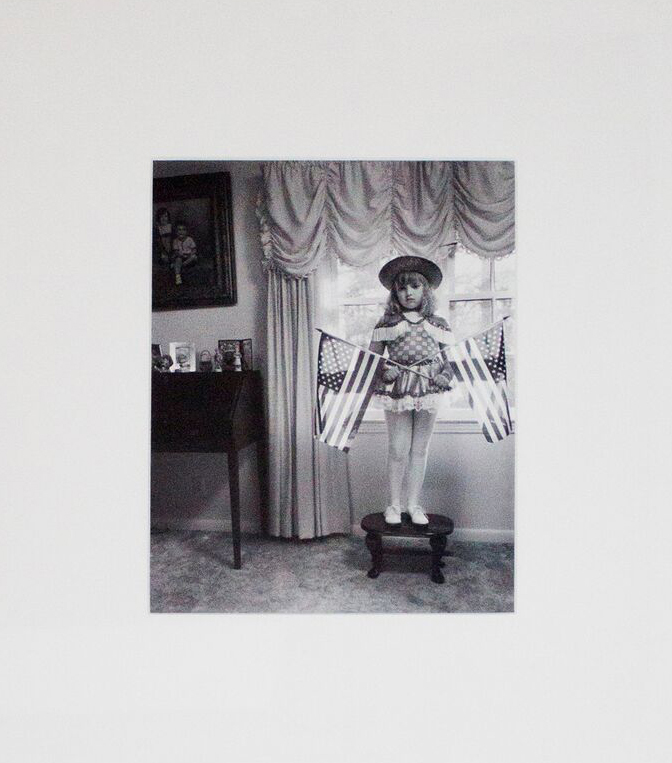 "Mary Ellen Mark was one of the first photographers I ever met when I did PR back in 1979. I really wanted one of her Mother Teresa pictures. She was so in demand at the time. She would do print runs like, 1 of 150, which is crazy. I do 1 of 5 at most." 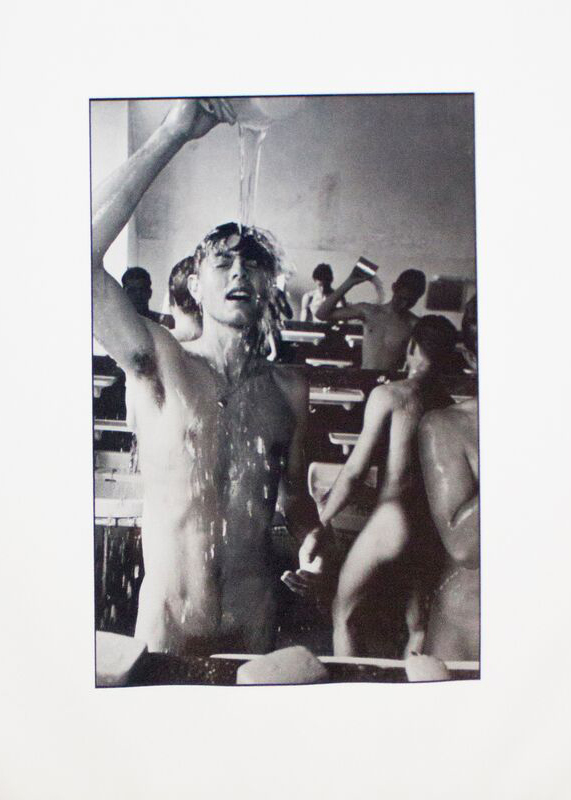 "I absolutely love, love, love Will McBride. He is a hero of mine. This, it’s something sexy, fun and boyish. I saw it on the cover of a book, and fell in love. So when the opportunity came up to by a print, I couldn’t pass it up."

"I collect a lot of what I call quiet, silent, empty, lonely, peaceful photos. I’m not an extrovert, I’m an introvert. I had to work hard to be outgoing. I had a very intimate and quiet relationship with the darkroom. I would spend 14, 15 hours a day in there. I used to use my hands and in 1981 I came down with cancer. I was sleeping above the chemicals. Just like cigarettes, who knew?" 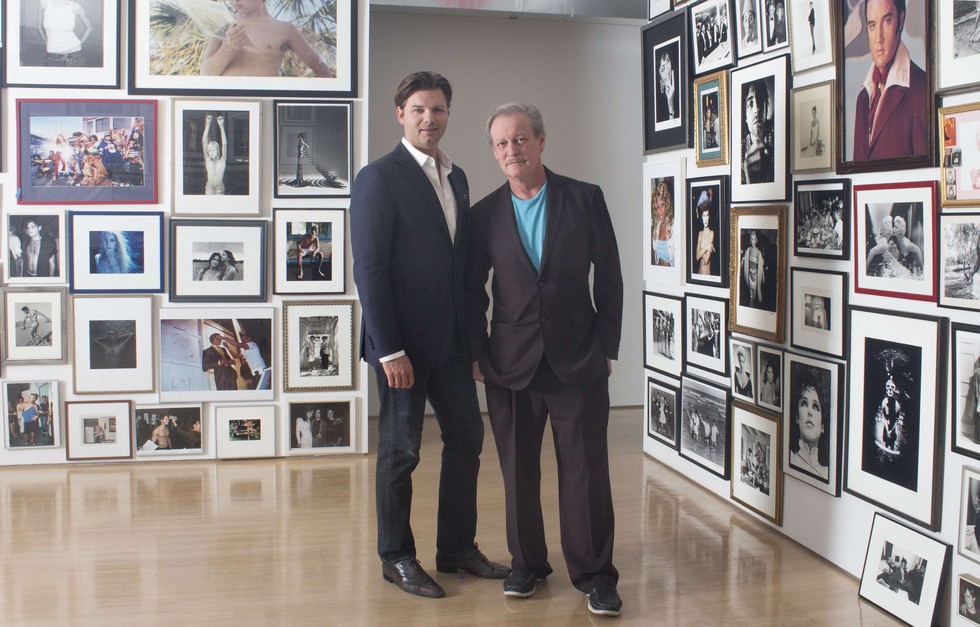 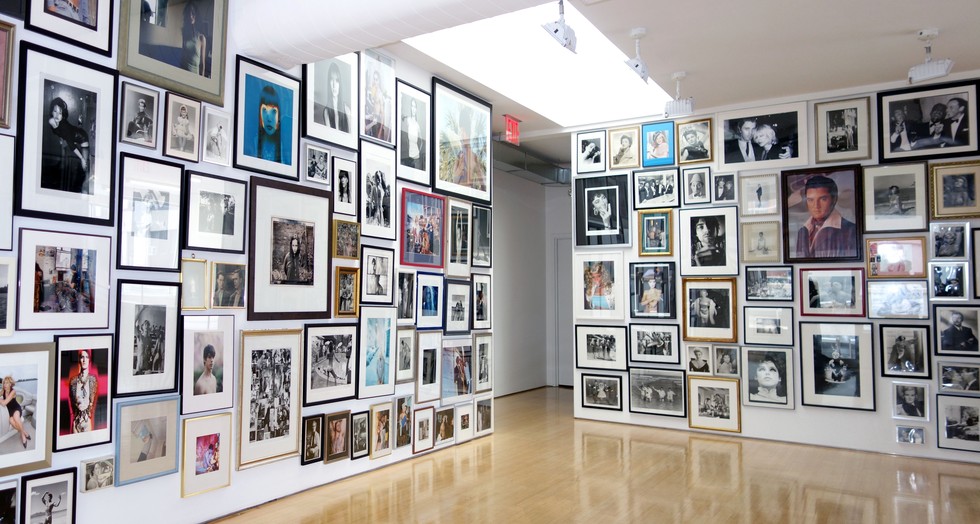 Inside the exhibit
You May Also Like
Famous People