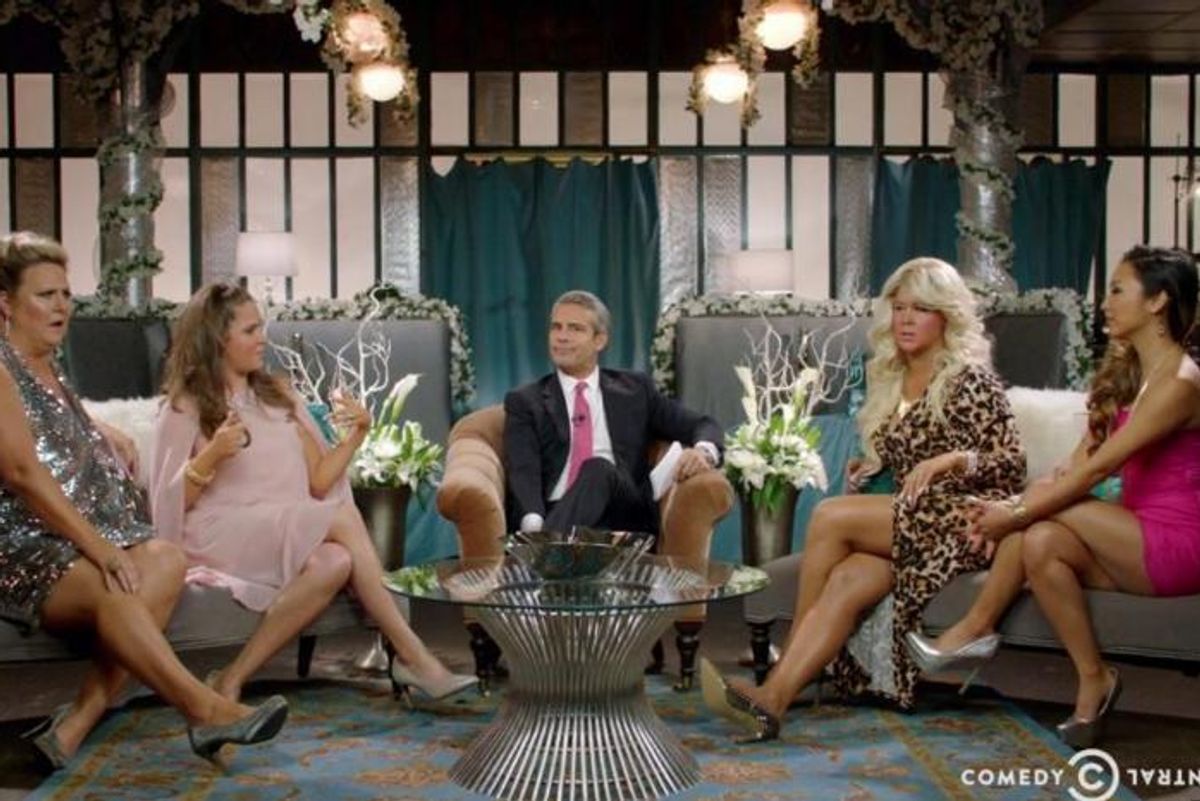 Last night, Inside Amy Schumer wrapped its fourth season, and for the finale, chose to abandon sketches in favor of one of the mainstays of reality television: A confrontational, no-holds-barred, argument derby masquerading as a clip show. Naturally, it was hosted by Andy Cohen.

Amy, her sister and show producer Kim Caramele, and Inside regulars Greta Lee and Bridget Everett (a queen in silver sparkles) squared off in a showdown any fan of Housewives reunions will appreciate. It's an explosion of bronzer, big hair, misuse of basic vocabulary words and accusations. And, boy, do those fly -- the ladies of Inside charge each other with such misdeads as not having ears and being delusional -- and offer each other half-hearted "sincerious" apologies.

All that was missing was someone in a rhinestone-studded, Juicy velour tracksuit, calling everyone "fake." Schumer's sister almost fulfills that trope by declaring "I do me," before she's cut off. "I've literally never heard you say that your whole life," Schumer snaps in something that sounds like an Irish brogue by way of the San Fernando Valley.

In true Inside fashion, the whole thing lends itself to a subtle parody of feminine confidence and friendship that scans as conflict-prone, messy and reliant on women being murderously fixated on the perceived failings of other women in their periphery. Everyone knows a girl who reminds them of a girl on a reality TV show, which is what makes the fourth season finale of Inside Amy Schumer so brilliant.