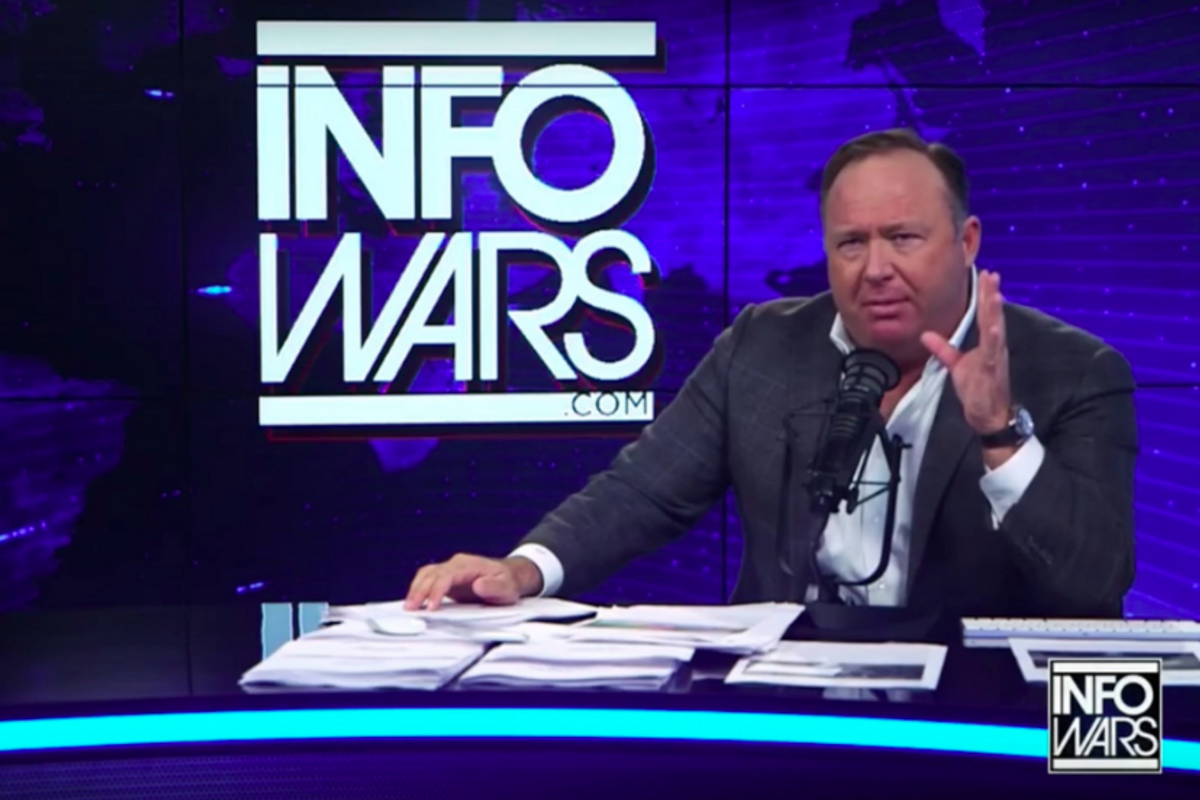 As the debate over what level of responsibility web platforms have for the content they host brews, the three largest platforms–Facebook, Apple and Spotify—have taken a big step toward defining their role in shaping discourse by removing Infowars presence almost entirely. Infowars, of course, is the inflammatory outlet run by conspiracy theorist Alex Jones who says, among other things, that the 2012 Sandy Hook shooting was a hoax.

BuzzFeed News first reported that Apple's podcast directory in iTunes had deleted at least two Infowars programs, and in a statement the company said, "Apple does not tolerate hate speech, and we have clear guidelines that creators and developers must follow to ensure we provide a safe environment for all of our users. We believe in representing a wide range of views, so long as people are respectful to those with differing opinions."

Facebook has seemed to follow suit, taking down numerous Infowars pages. Last month the social media giant came under fierce criticism for being unable to clearly justify hosting Infowars content. Facebook removed four videos by the outlet in response and suspended Jones's personal account for 30 days (those pages are completely gone now, too, Select All reports).

Facebook said in a statement that since suspending Jones's personal account, "more content from the same pages has been reported to us—upon review, we have taken it down for glorifying violence, which violates our graphic violence policy, and using dehumanizing language to describe people who are transgender, Muslims and immigrants, which violates our hate speech policies."

The move is significant due to the role Facebook played (unwittingly or not) in the 2016 election, and may set a precedent for how platforms going forward will handle controversial content. Recently, Mark Zuckerberg, who is Jewish, was widely condemned for saying that he would not remove Holocaust deniers from Facebook (he later apologized). Though streaming giants like Apple, Spotify and Facebook may wish to appear neutral hosts of content from both sides of spectrum, given the disjointed ways the populace currently consumes media and news it was only a matter of time before the platforms themselves were politicized.