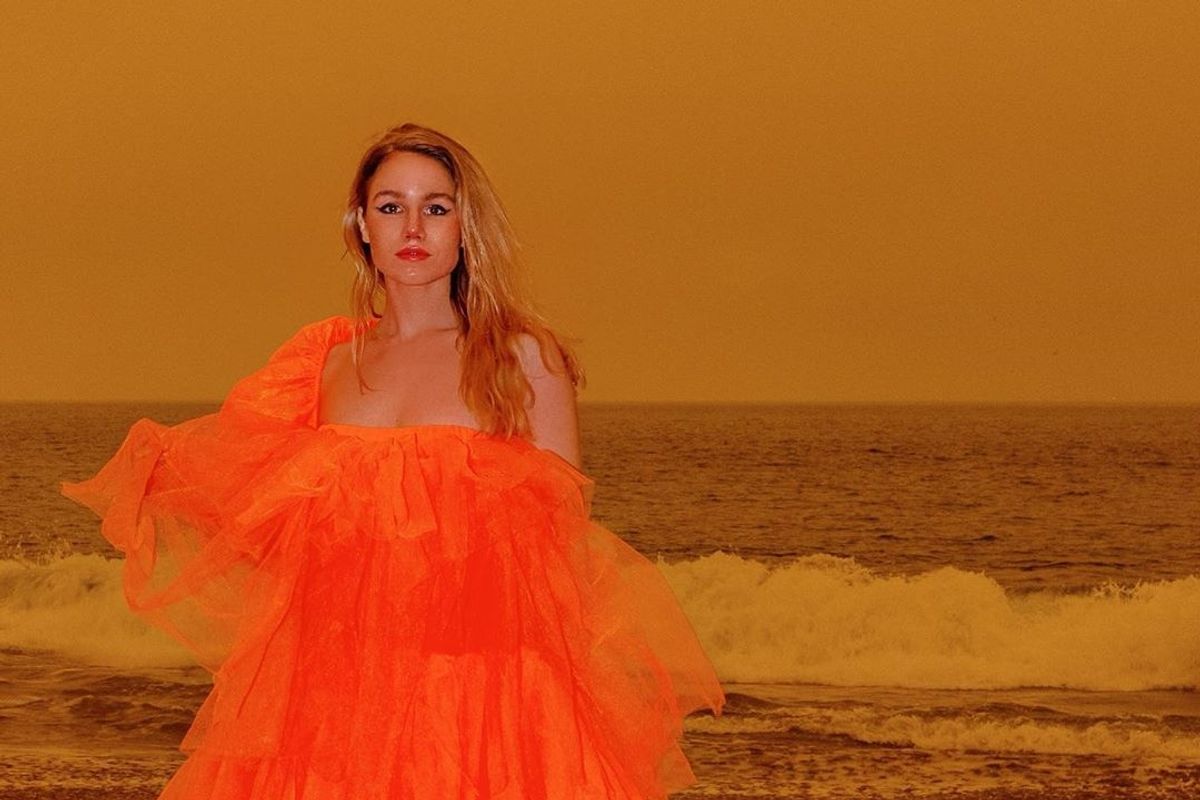 The fashion influencers are, regrettably, at it again.

Colette LeClaire, a blogger and Instagram personality based in California, has been forced to issue clarifications after posting a series of photos in San Francisco that appear to use the city's toxic wildfire smoke as an aesthetic. So far at least 30 people have died in fires blazing across California, Oregon and Washington. Air quality across the three states has been classified as hazardous, exacerbating the public health crisis of the COVID-19 pandemic.

In her original caption, according to screenshots posted to Twitter, LeClaire used the tasteless post to try and sell the apocalypse-colored dress she's modeling in the photos. She's since amended her caption to (somewhat) acknowledge the severity of the wildfires and their ongoing impact, while also announcing that she's currently "gathering a lot of clothes to donate."

"To clarify," the caption continues, "I drove to the beach on my last night in town, and took photos, I love taking photos. I have taken photos for the last 3 years in this city. I love this city. There have been fires going on for weeks in California. It is devastating. Prayers for people dealing with the fires. SENDING YOU ALL LOVE."

LeClair's shoot is visually striking, and with the right framing her photos could have been used as a stark call to action around climate change, or a well-justified attempt to raise a bit of East Coast awareness about what millions of West Coasters are living through right now. Unfortunately, it appears she didn't think much past "orange sky, orange tulle." Lesson hopefully learned.