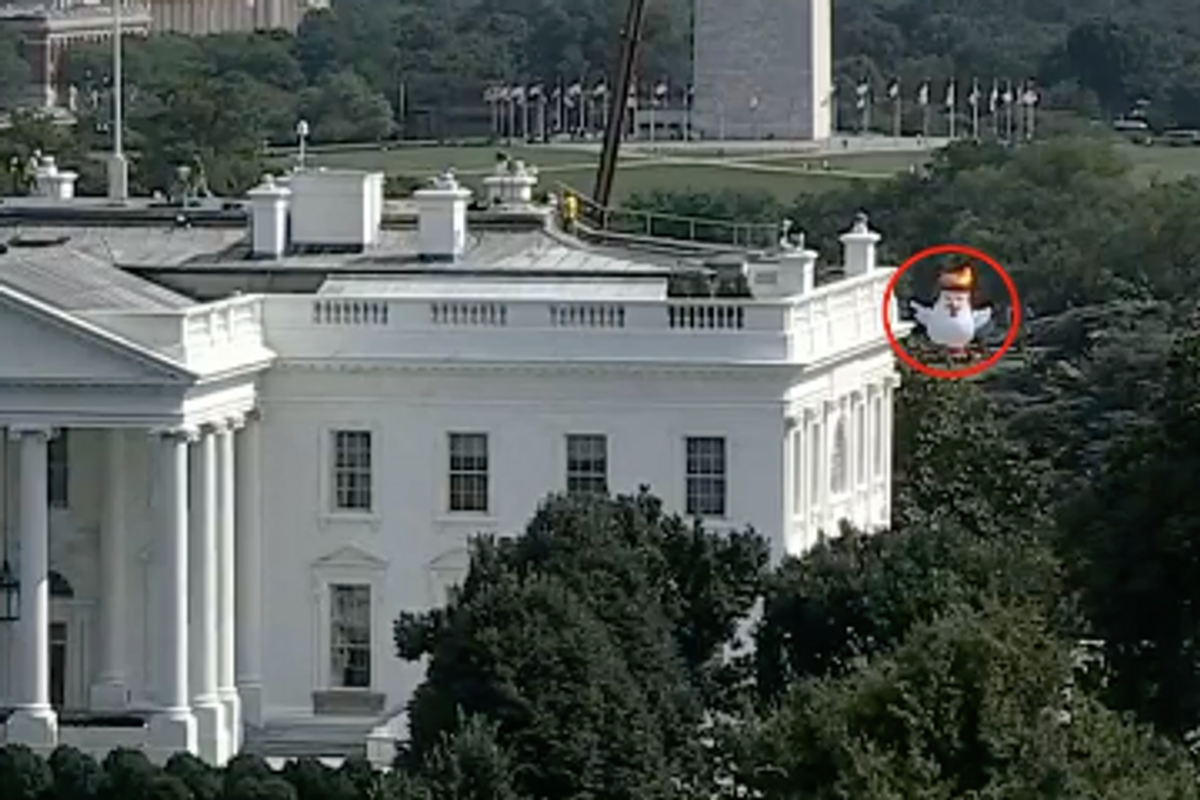 The presence of an enormous, inflatable golden-haired chicken appearing to hover behind the White House sent the Internet into a delighted frenzy today.

Situated on the Ellipse facing the White House, the chicken was likely placed there by protestors demanding that President Trump release his tax returns. The chicken has been used as a Tax Day March prop in other cities, including Chicago and San Francisco.

It appears some protesters have inflated this behind the White House. pic.twitter.com/TduZC591BK
— Steve Kopack (@SteveKopack) August 9, 2017

This particular inflatable fowl apparently originated in China - a 10-foot version from the country currently is currently going for $500 on Ebay.Given that Trump and Congress still plan to move forward with their tax reform plans later this year, it is likely the topic of the president's own unreleased returns will be coming up again soon.