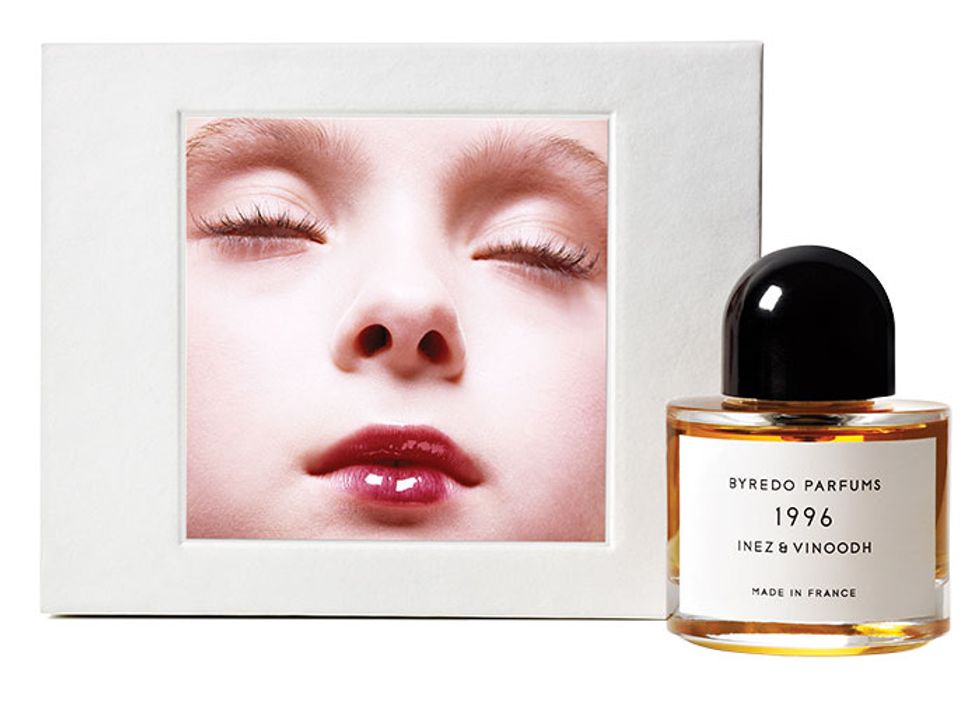 Lucky for us, they listened. The result is "1996," a blend of juniper berries, black pepper, patchouli, black amber and vanilla. It's a combination of light and dark notes meant to evoke the original photo that is, as Gorham notes, "something very beautiful and angelic" but also, with the girl's glossy lips and "eyes rolled back in an euphoric state," an image filled with "disturbance and darkness." He adds, "I want the wearer to understand that things can be both beautiful and ugly at the same time." The scent is available at Barneys and online.

Disney Thinks You Want to Look Like Baby Yoda