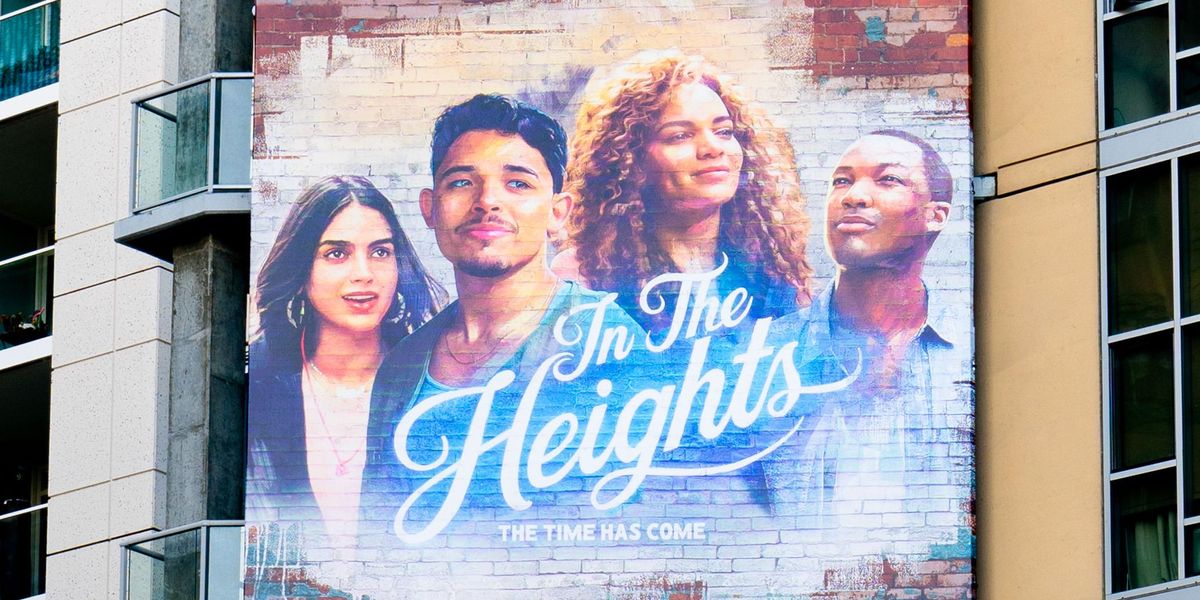 Lin-Manuel Miranda's cinematic love letter to his childhood home, set against a bolero, hip-hop and salsa influenced score almost succeeds at distracting from the film's glaring misrepresentation of this Latino neighborhood. But can In The Heights be a trailblazer if it erases dark-skinned Afro-Latinos?

While much of the buzz surrounding the film was due to its efforts to represent a complex Latino diaspora, In The Heights has come under fire as of late for its failure to encompass the Black and Brown faces of Washington Heights. The film specifically faces scrutiny over its lack of dark-skinned Afro-Latino leads.

When asked for comment on these casting choices, director Jonathan Chu disappointed viewers in an interview with The Root's Felice León where he simply said he "needed to be educated" and "tried to get the people who were best for those roles."

"We're not going to get everything right in a movie," Chu maintained. "We tried our best on all fronts of it."

The Northern Manhattan neighborhood has long been inhabited by a melting pot of Afro-Latino people, especially Afro-Dominicans. Yet, the film's Latino leads were largely made of lighter-skinned or white-passing actors.

Viewers found Chu's remarks implied there were no dark-skinned actors he found suitable for the role — seen as a long-used excuse by Hollywood to avoid accountability. This claim is an insulting one as it shifts focus away from casting directors, who historically give consideration to actors that fit into a lighter or white-passing vision, and onto the Black and Brown actors vying for positions that were never constructed with them in mind.

@missnuma Their response to the lack of Afro-Latinx representation in the film is problematic. The “most qualified”… https://t.co/MRhIsauyEV
— 𝐵𝑒𝒸𝒸𝒶 (@𝐵𝑒𝒸𝒸𝒶)1623601742.0

Melissa Barrera, who plays Vanessa in the film, chimed in to echo Chu's statement, saying the lead characters were lighter by virtue of those being the people who could fulfill the role. Barrera said casting directors attempted to make up for this by having more dark-skinned background characters.

"In the audition process, which was a long audition process, there were a lot of Afro-Latinos there," Barrera echoed. "And I think they were looking for just the right people for the roles. For the person that embodied each character in the fullest extent."

Chu later also pointed to the significantly greater number of dark-skinned characters in the roles of background dancers. However, as León noted, it does not help that the roles Afro-Latino actors were allowed to inhabit in the film are also roles Hollywood historically relegates Black characters to.

Casting Black Latinos as background dancers can never be a suitable replacement for including them in the film's core narrative and allowing them to represent themes of hope, resilience and family on-screen.

This is the second time Chu, whose film Crazy Rich Asians was criticized for colorist casting, was called out for failing to represent a breadth of skin colors in his cast. This disappointing response to diversity concerns does not bode well for the film as its theatrical release and HBO Max premiere both underperformed.

Leslie Grace, who plays Nina Rosario and identifies as Afro-Dominican, was the only member to highlight the need for Latino representation to be inclusive of darker-skinned Afro-Latinos. "I hope that this is cracking that glass ceiling," said Grace. "I do hope to see my brothers and sisters that are darker than me lead these movies."

Lin-Manuel Miranda, meanwhile, crafted a notes app apology on social media, promising to work on prioritizing Afro-Latino representation in his future endeavors: "In trying to paint a mosaic of this community, we fell short," he said. "I'm truly sorry."