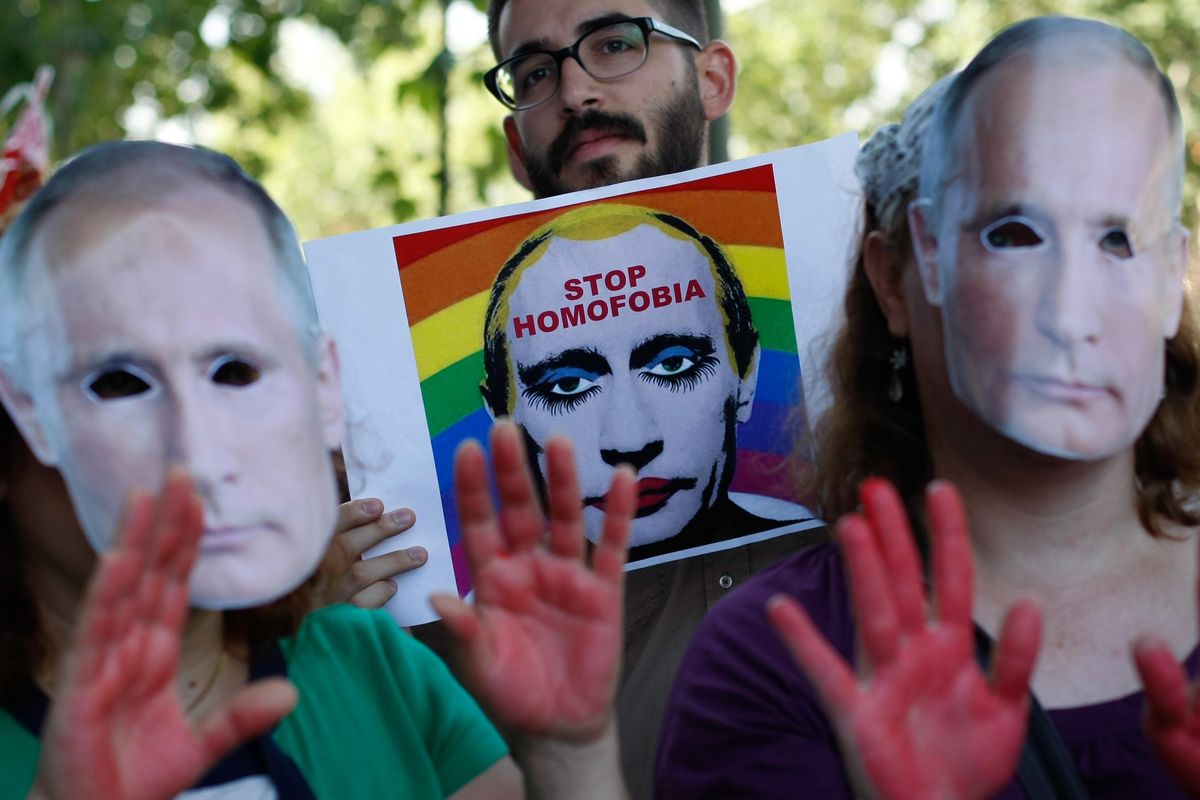 In Russia, You Can Get Arrested For Sharing This Image of Putin in Drag

An image of Putin wearing makeup has been added to a list of 4074 other banned images, and sharing it now constitutes "internet extremism." Of course, the Russian government did not share an image of the "gay clown" picture that was banned (because it's banned), but described the item as a picture of Putin "with eyes and lips made up" that implies "the supposed non-standard sexual orientation of the president of the Russian Federation." Methinks he protests too much.

The Moscow Times thinks this is the offending image:

A Russian court has banned an image suggesting Putin is gay & sentenced the culprit to compulsory psychiatric care.… https://t.co/5sqmYc3CT2
— The Moscow Times (@The Moscow Times)1491350928.0

This poster, and similar "gay Putin" memes became very popular in 2013, when Russia passed a law that makes propagandizing "nontraditional sexual relationships" to children illegal, and LGBTQ rights protesters were being beaten and arrested. Russia began passing its many draconian "Internet extremism" laws back in 2013, which levels prison sentences on anyone gives so much as a thumbs-up to a banned image, according to the Washington Post.

The banning of this "gay clown" image is a component of the trial of a man named A.V. Tsvetkov, who uploaded a series of anti-government, anti-immigrant memes to Russian Facebook clone, Vkontake from 2013-2014. Tsevtkov, who was not allowed to attend his own trial, was convicted of violating Russia's highly ironic ban on hate speech last year, and ordered to receive compulsory psychiatric care.

So glad that our government had nothing to do with these autocratic monsters! *nervous laughter*