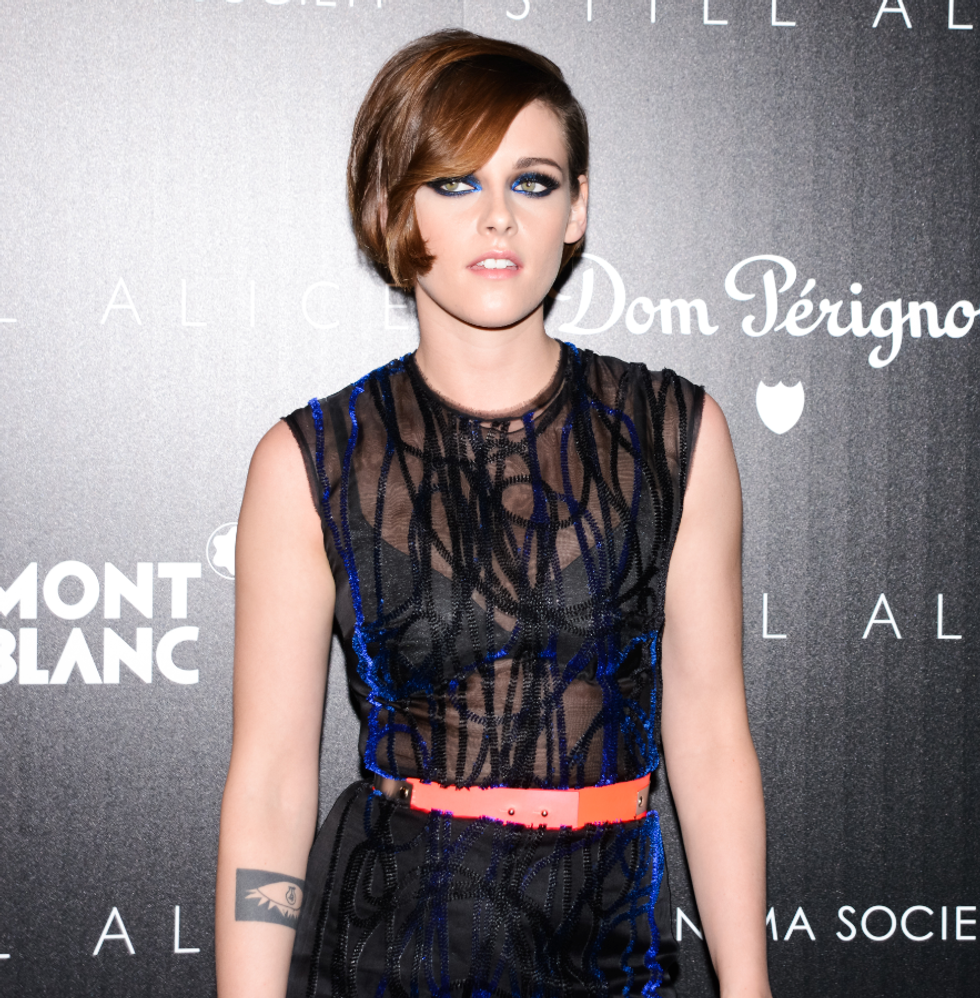 In News That Should Surprise No One, KStew's Dating a Woman

In news that should surprise no one: Kristen Stewart and Alicia Cargile are dating.

In news that did, in fact, surprise everyone: Kristen Stewart and Alicia Cargile are dating.

Mom Jules Stewart set the Internet abuzz today -- and simultaneously raised and dashed the hopes of a thousand lovelorn, KStew-besotted girls -- by confirming that the two are together. But there's the thing: It's actually been apparent for a pretty long time that the nature of the relationship between Stewart and Cargile is romantic. Pictures taken over the last few months show the two running errands together, holding hands, walking arm-over-shoulder, cuddling at the beach -- basically doing everything that couples do -- and yet it's managed to fly under pretty much everyone's radar that the two are just that: a couple.

In fact, despite the staggering amount of photographic evidence, up until this point the media, normally so eager to pick up on even a whisper of a relationship, has referred to the pair resolutely as "close pals," "best friends," "BFFs," and even "gal pals."

Indeed, we make out on the beach with all of our "friends." Don't you? Thanks, heteronormativity. Knew we could count on you.
You May Also Like
Internet Culture

Come With PAPER to the NYC 'House of Gucci' Premiere

Travis and Kourtney's PDA at Someone Else's Wedding Sparks Debate