In Honor of World AIDS Day, Looking Back at the Disease's Peak

Today is World AIDS Day, and while a cure remains out of reach, great strides have been made in transforming an AIDS diagnosis from a death sentence into a still serious but treatable condition. PAPER has been engaged in conversations about AIDS and HIV and its effect on the LGBT community, since its founding, which was the epidemic's peak and a time when it was little understood and less talked about. In the '80s, Joe Dolce regularly contributed a column titled "Staying Alive" that tackled AIDS and its impact from multiple angles. We've scanned a few in below to read and reflect on theprogress that has been made--and how much further we have to go. 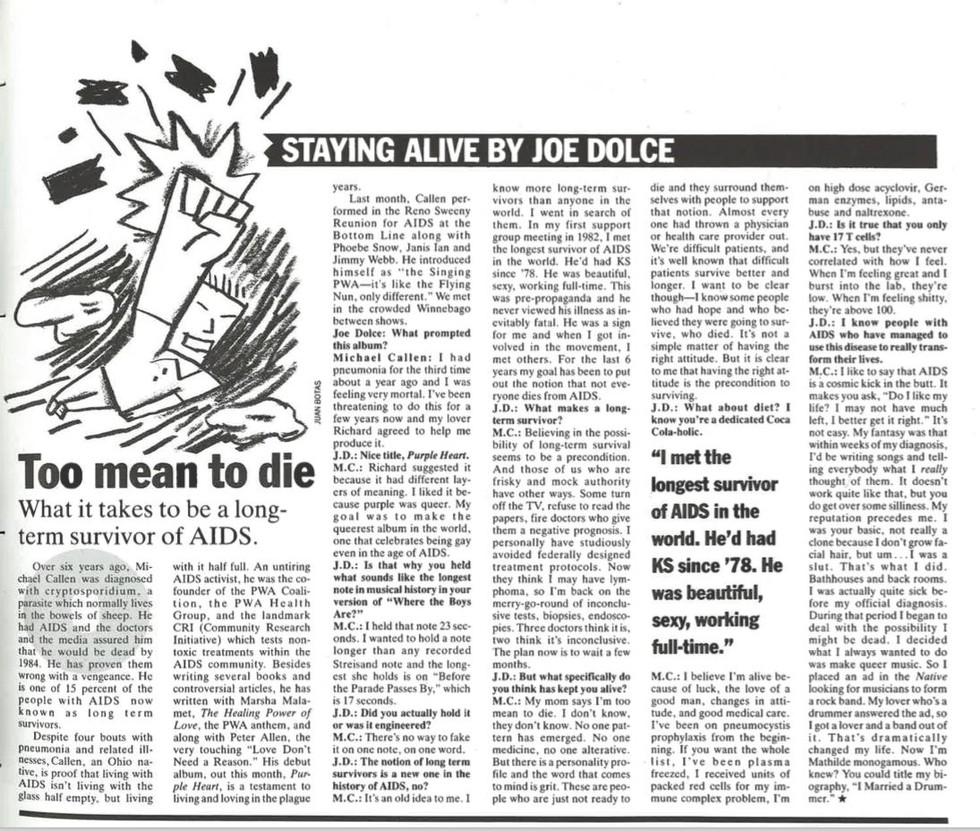 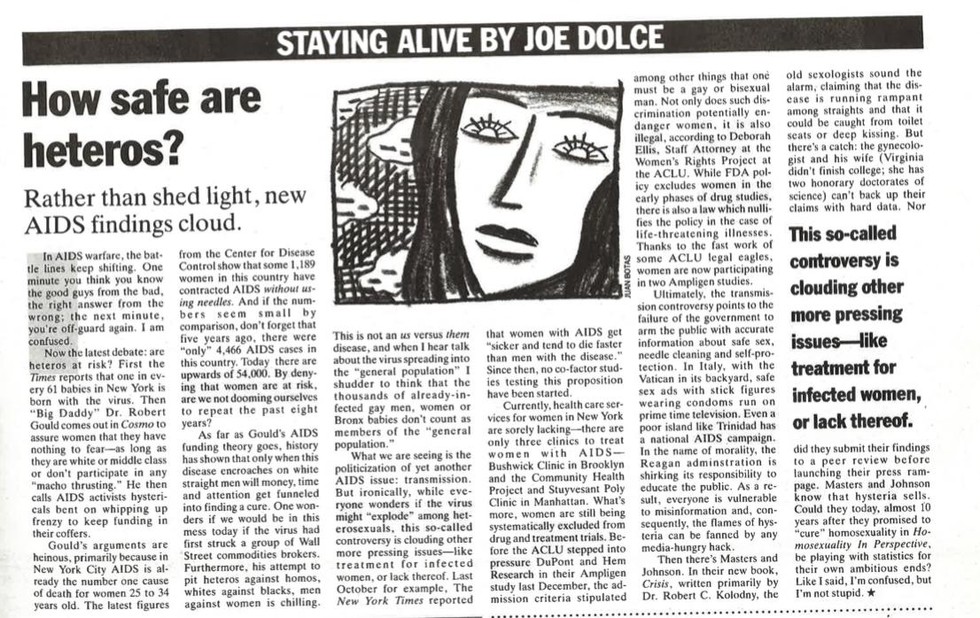 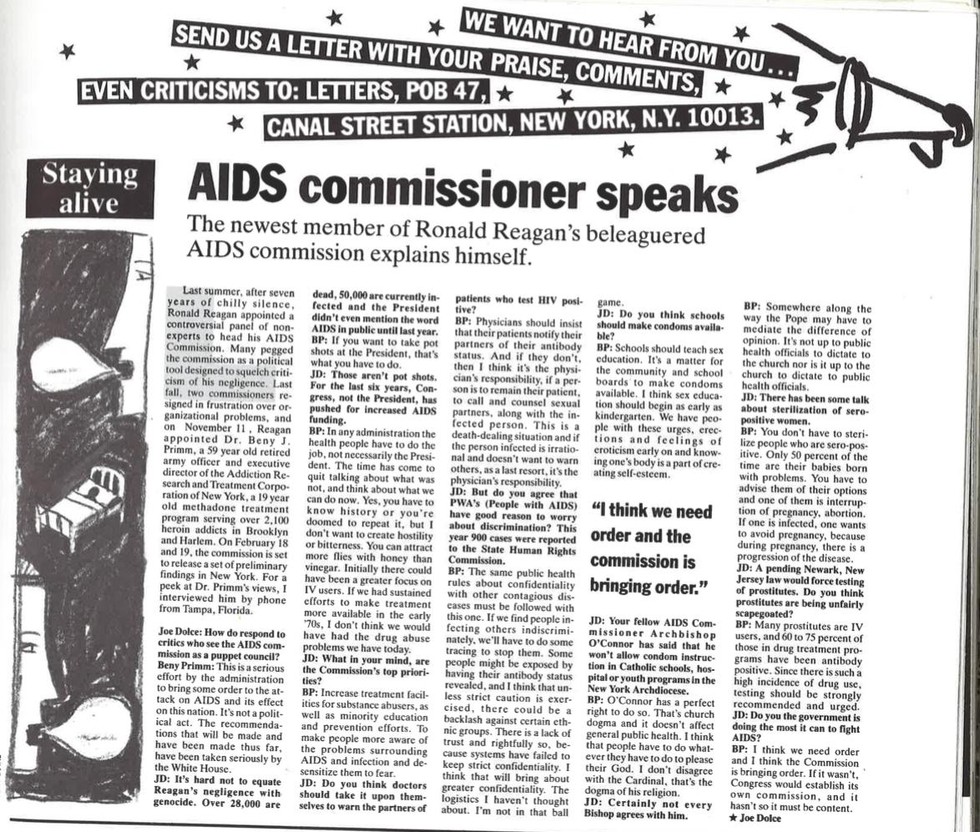