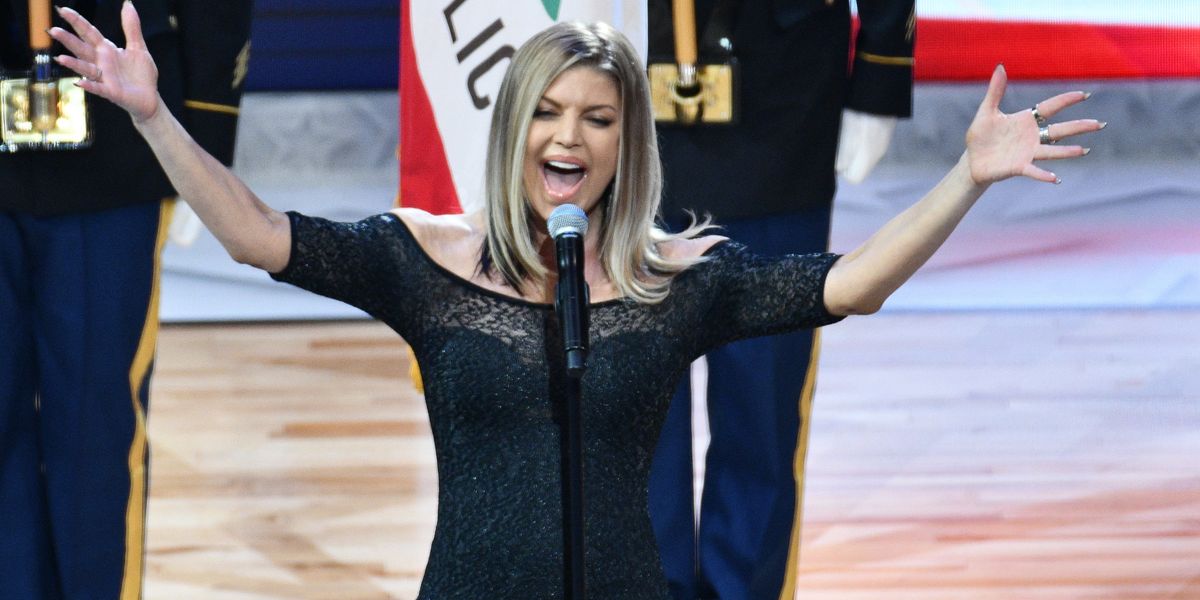 Last night's NBA All-Star Game caused a ruckus online, less for the actual sporting event and more for its musical performances. In addition to the Migos confusing everyone by bringing out Pharrell in full Jaden Smith drag, Fergie's rendition of the Star Spangled Banner was...original, to say the least.

The former Black Eyed Peas member slowed down the song and sprinkled in her own ad-libs, leading to an immediate roasting on Twitter:

So, yes. Fergie's interpretation of the anthem was bizarre, awkward and over-the-top. Why would we expect anything less, though, from the woman who once lost control of her bladder on stage and didn't bat an eye, and whose gym-tastic performance of "Barracuda" on the Today Show will forever go down in iconic morning show performance history? This is a woman who is a consummate professional in the face of her own absurdity. She's so three thousand and eight, we're so two thousand and late. Clearly there was another agenda here.

Related | Fergie Is Back and Better Than Ever

Every singer must make creative choices, and Fergie made so many that, once combined, created an overall effect akin to the very state of our union as it holds today. These are bizarre, painful, laughably bad times. In her own knowing way, Fergie gave us not the national anthem we wanted, but the one we deserve.