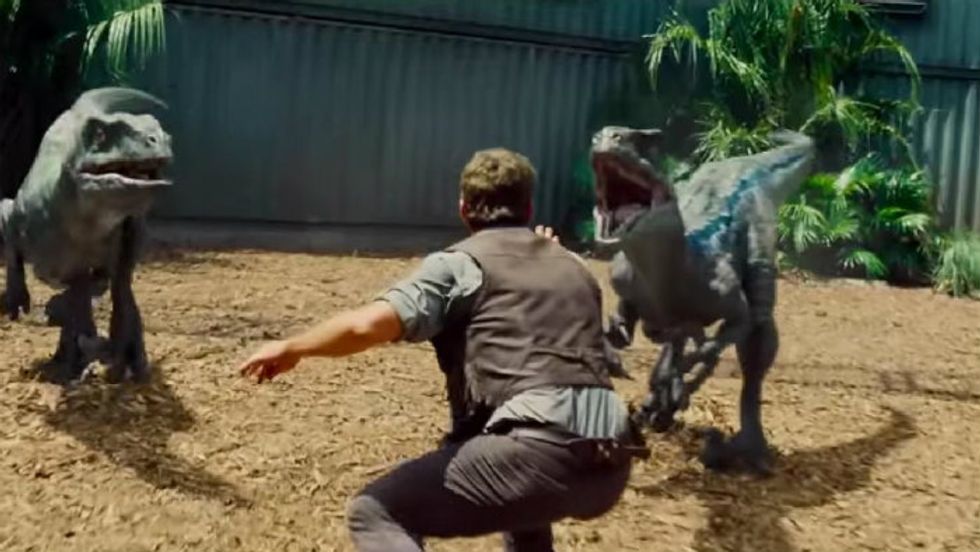 In a Desperate Attempt to Appear Cool, Zookeepers are Mimicking Chris Pratt

by Eric Thurm
PAPERMAG
Jurassic World is a big, big, big hit. While the effects of its opening weekend on the movie industry may be, um, bad, it has spawned at least one thing that's fun to think about on the internet:  #JurassicZoo, under which zookeepers are posting photos of themselves trying to "wrangle" their charges in a similar fashion to Chris Pratt's character in the movie.

Some of them include larger animals.

OMG there are tons of zoo keepers doing this. That's amazing. If you've done one tweet me? I love this. #JurassicZoo pic.twitter.com/s4ez00WIQP