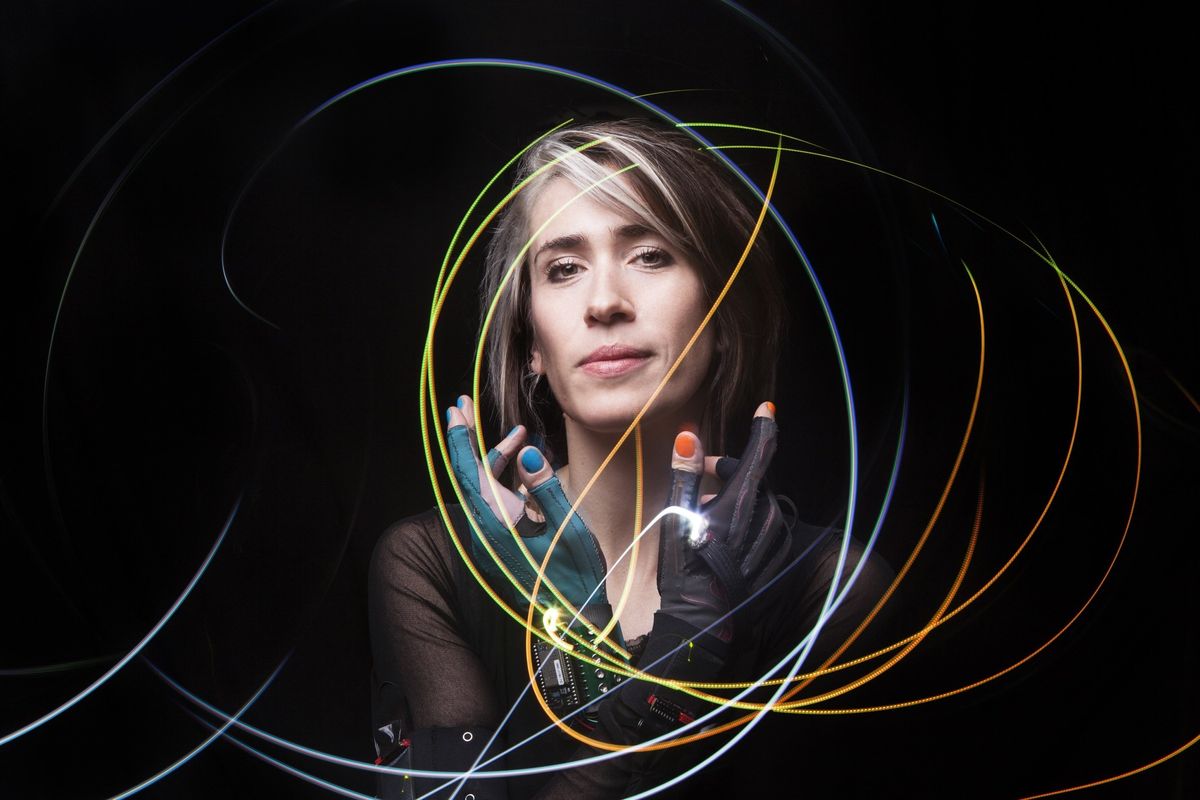 Most people probably know Imogen Heap for her crossover hit and much meme'd about song, "Hide and Seek," but what the past 13 years have proved is that she is much more than a one-hit wonder. Arguably one of the 21st century's most forward-thinking and underrated artists, Heap has been on the forefront of cutting-edge technology and innovating in the world of music. She has often been so ahead of the curve that it has taken years for us to catch up but luckily things are about to change.

Related | Is Imogen Heap the Most Influential Artist of the Century?

Announcing her first world tour in eight years, Heap's Mycelia tour will go beyond the traditional concert format to present an array of music and family coding workshops, and a series of talks about how technology can be used to ensure a more fair future for artists. Mycelia, a non-profit founded by Heap as a hub for the research and development of new artist-led technologies, will be using the tour as an opportunity to launch the "Creative Passport," a blockchain fueled platform that looks to empower music makers and decentralize the way artists get paid.

"For years now we've been complaining about the state of the music industry and how it has been held back by old ways of thinking, negatively impacting music makers - a major pain point being that we are the first to put in any of the work, and the last to see any financial reward or even payment," Heap says going on to further explain the endeavor. "Through Mycelia and its 'Creative Passport', as music makers we now have no excuse but to put our best foot forward and become open for business, decentralizing the ecosystem so that it will ultimately benefit everyone. I am excited to be going on the road to bring this to life, in addition to showcasing other new technologies which will add to transforming the music industry into a fair, flourishing and vibrant place".

The tour will also see the reunion of Heap and composer Guy Sigsworth's electropop project, Frou Frou, which hasn't performed live since 2003. Check out the dates for the North American leg of the Mycelia tour below and head to Heap's website for more information on workshops, talks, and tickets.