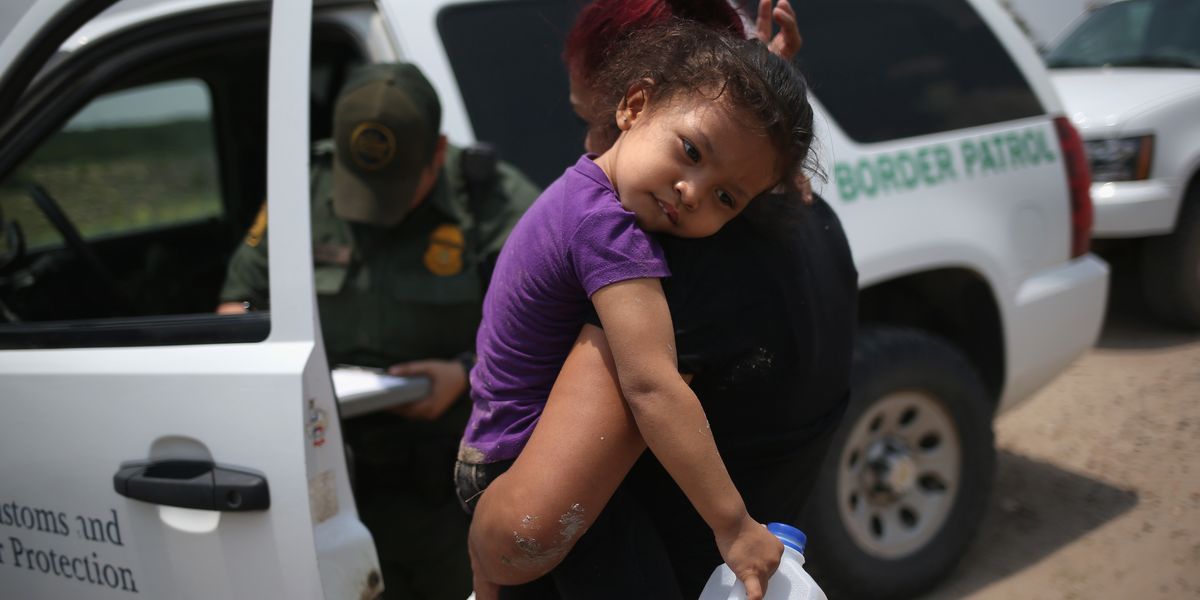 As we know, the administration is reportedly grappling with how to reunite migrant families separated at the border. The most recent federal ruling, from California U.S. District Judge Dana Sabraw at the urging of the American Civil Liberties Union (ACLU) issued a strongly worded opinion ordering the administration to reunite separated children with parents within 30 days.

The ACLU made the injunction request as part of its class-action lawsuit filed on behalf of two women who were separated from their children, arguing that the government has "no meaningful plan" for swiftly ensuring that family reunions can occur, and perhaps, more frighteningly, that Trump's executive order can be revoked at any time.

"The facts set forth before the court portray reactive governance — responses to address a chaotic circumstance of the government's own making," Judge Sabraw writes. "They belie measured and ordered governance, which is central to the concept of due process enshrined in our Constitution."

In seemingly direct conflict with the order, it is now being reported that unaccompanied minors are being ordered to face deportation proceedings alone, a process that is sadly, not new. John Oliver ran an extended segment about the issue in April. The Texas Tribune reports that Lindsay Toczylowski, executive director of Immigrant Defenders Law Center in Los Angeles said her organization had been recently representing a 3-year-old in court who was separated from their parent. "And the child — in the middle of the hearing — started climbing up on the table. It really highlighted the absurdity of what we're doing with these kids," Toczylowski said.

Attorneys in Texas, California, and Washington, D.C. all confirmed to the Texas Tribune that though these children are being ordered to appear in court, and they are not entitled to an attorney. Some are as young as three-years-old, as previously mentioned, and some are hardly older than 17.

An obvious problem with this is that some young children might not know why they are seeking asylum, nor are they necessarily equipped to express the often-violent circumstances surrounding their cases. "The parent might be the only one who knows why they fled from the home country, and the child is in a disadvantageous position to defend themselves," Toczylowski said.

Furthermore, lasting conditions of toxic stress and the very real results of trauma due to separation exacerbate the positions of children undergoing legal proceedings alone.

Lee Gelernt, an attorney with the ACLU, said that while the injunction is an important step forward in light of a stagnant administration, it's important to consider the affects of these traumatic events. Needless to say, ordering separated children to appear alone in court feels cruel at best. Gelernt wrote in a filing surrounding the case: "With each added day of separation, the terrible trauma inflicted by the government on both parents and children continues to mount. Many of the children are babies and toddlers who every night are crying themselves to sleep wondering if they will ever see their parents again."

Despite not knowing when or how families will be reunited, you can still help support organizations that pair migrant children with lawyers as the next best alternative.