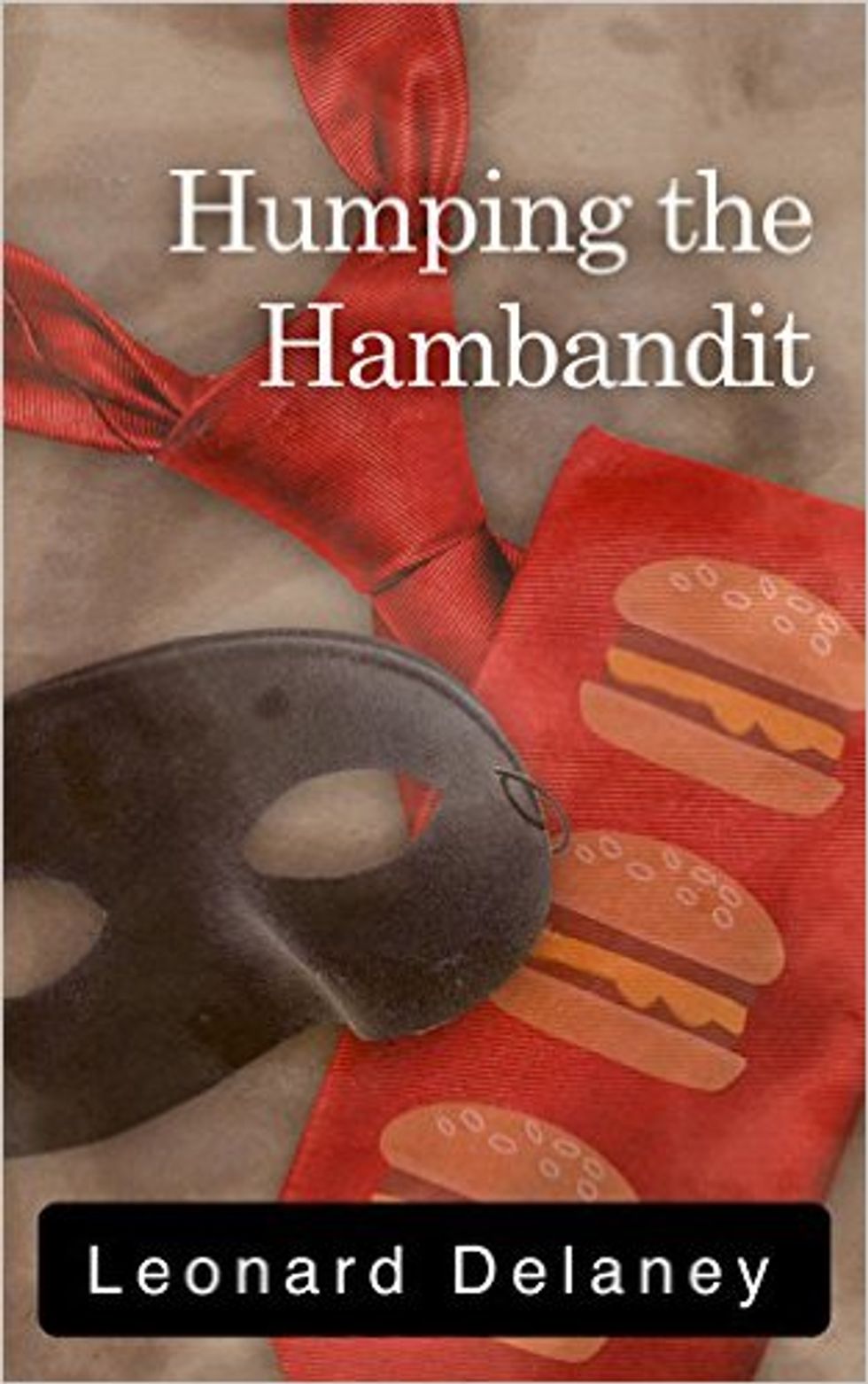 By Sandra Song
PAPERMAG
Leonard Delaney is a thirty-something professional writer based in Ontario, Canada, who just happens to also pen tech-centric erotica "by cover of night." Titilating titles from his Digital Desires series that he's become semi-Internet famous for include the likes of Invaded by the iWatch, Taken By The Tetris Blocks and, of course, Conquered by Clippy, which all, obviously, revolve around the premise of one redheaded, strikingly grey-eyed vixen named Christie Aackerlund who just really, really loves technology.
As such, we decided to email Delaney a few questions about his nighttime hobby, what inspired it and what gaps (lol) he's filling in the techno-fetishist market -- but, to be honest, it was mostly so we could get free copies of an ebook about an Apple product with a boner. Check out our Q&A below.
How'd you start writing? Why settle on erotic tech short stories?
I've been writing since I could pick up a pen. I remember writing fan-fiction for obscure horror movies when I was, like, 12. I've written a bit of every genre, but self-publishing really opened the door to writing things that don't neatly fit into a genre. I could write this fucked up, slightly shitty stuff, put it up on Amazon, and see if people actually liked it. Some people got what I was doing with the erotic short stories and liked it, so I kept rolling with it.

Illustration by Dan Meth via Buzzfeed.
Why technological objects? Did you intentionally market this toward techno-fetishists? Did you feel like there was a gap in that market?
Nothing I do is really intentional. I do get readers sayings my work is "effective" and "makes them feel funny," which leads me to believe that people are actually jacking or jilling it to this stuff. Just going nuts on their own genitals while reading about a giant paperclip with a boner.  Maybe they are practicing or aspiring techno-fetishists learning more about themselves through erotica. Technology is becoming embedded in every aspect of our lives, and sexuality isn't immune from that, so it's natural for the tech around us to make its way into fantasies. You can bet that pretty soon, everyone will be engaging in weird or impossible fetishes through virtual reality. Maybe my stories are just a way to get ahead of the curve and experience some of that today, through the magic of imagination. For that reason, I'm probably the most important writer living today. [But] I write outside the technology niche as well, like a recent Idris Elba story, Minion erotica and Hamburglar porn. Pop culture is already surreal and fucked up, so to create something new within it, it's necessary to really chew it up and spit it out. Erotically.
photo via Leonard Delaney / Twitter
How do you decide on what tech trends to write about?
I try to tackle things that have zero erotic potential. It's hard, though. Like, Tetris blocks? They're just blocks but you get that sexy Russian music going, and the goal is to stick the long one in the appropriate gap, and it's deeply erotic. So everyone has [thoughts of fucking] Tetris blocks at least once. Maybe some day a tech trend will come along where I can chart completely new territory by sexualizing it.
Are you a big erotica reader yourself? Do you have any favorite authors/series?
I read within my sub-genre of erotica, whatever it's called. Bizarro erotica maybe? Chuck Tingle is obviously a master of the gayer side of it. I adore [I Don't Care if My Best Friend's Mom is a Sasquatch, She's Hot and I'm Taking a Shower With Her author] Lacey Noonan's writing style. And props to Hunter Fox, Christie Sims, and Virginia Wade for the dinosaur and bigfoot erotica that originally sprung out of the 50 Shades [of Grey] hysteria and paved the way for writing about even more unlikely things to rub up against.
You also have a publishing imprint for this work, right? Can you talk a little about that? Is there any new talent you're trying to discover etc.?
I co-founded Forest City Pulp. The idea is to be built from the ground up to embrace the new reality of publishing: digital, rapidly evolving, and able to find niches that didn't exist before. Right now it's just a few local authors experimenting with what's possible. Which is a lot! Man, we live in a world where you can start a publishing venture with no budget, try something out, and if it doesn't work, all you've lost is time. Storytellers have never had such opportunity to try weird-ass things in this digital playground, and readers get to discover whatever weird-ass things they love but could never get from mainstream publishing. We're only caressing the surface of what's possible...[But] I don't mean to trash mainstream publishing.
Anything else you're working on?
I have a story coming up in an anthology from a traditional small press, Monsterection. It's called The Office Photocopier Wants to Fuck Me. If I were to describe it, I'd say it's about a photocopier that wants to fuck.
You May Also Like
Music