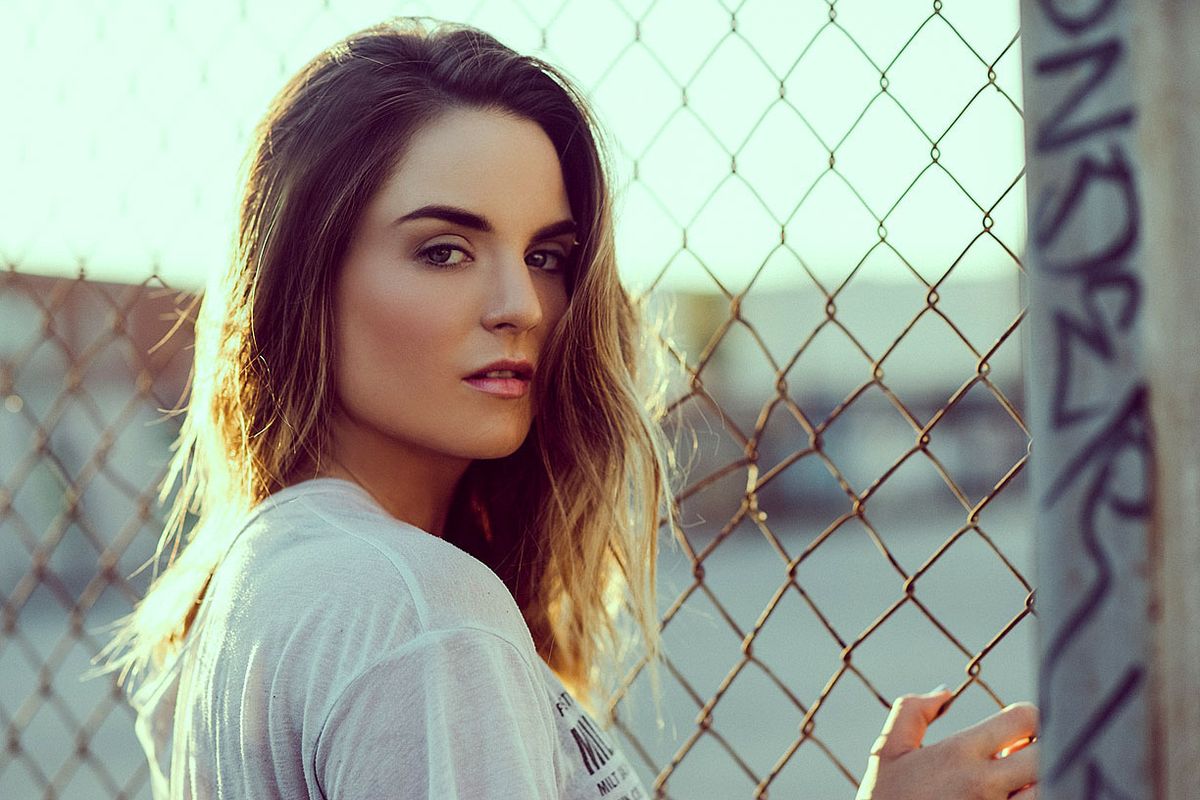 "I'm Grown Now": JoJo On Her Comeback, Avoiding the Tabloids and That "Fake" Cribs House

How do you remain a cultural icon and beloved pop star after putting out next to no music in years? JoJo, who broke out at the age of thirteen with her hit "Leave (Get Out)," making her the youngest female solo artist to have a number-one single in the States ever, still sees her mid-aughts anthems on heavy rotation at clubs, bars, karaoke lounges and anywhere else twentysomething millennials go out. But now, nine years after the release of her last album (2006's The High Road) -- and a nasty fight with her old record label -- she's making a much-anticipated reemergence. Back in August she released III. (pronounced "Tringle" as in "three singles"), and yesterday she premiered the new video for record track, "Say Love." Ahead of an upcoming North American tour this November and December we had the chance to sit down with the singer and hear how -- and why -- she stayed out of the spotlight these past years and why she's decided to get back in the music game.

Now that you're 24 and not 13 anymore, you have a lot more creative control than you did before. How does that feel this time around?

I feel like my evolution from that has been pretty natural...you know, growing into being a young woman. It didn't feel like I needed to prove anything. It's like, "I'm grown now." But I don't think it was a negative thing that people were helping to shape the direction to take when I was thirteen because I think they were able to soak up what I was giving them and they were like, "Okay, so you're an angsty little girl from Massachusetts and you're a little tomboy."

What other things have changed this time around? Are you taking more styling risks?

I think the typical way of the pop star is like, "Now I'm grown. I'm going to show you all of my body." I think that's dope and I'm comfortable with my body and I enjoy myself, but I don't think that that's something that's necessarily new. I feel most sexy in clothes, actually. I like to feel cool so I like layers, I like long jackets. I like my stage look to be more things I can take off and play with. I love fabric and things that will blow in the wind. I love accessories. I have accessories that won't go anywhere (she points to her left eyebrow, where she has two piercings), so I like that. My little tats. They're all just kind of things that are accessories that don't go away.

You had a pretty infamous bout with your record label. Did you ever have a moment where you thought you were not going to do music anymore?

I don't really think of it as something that's separate from me. Singing is something that I've always done since I was two years old. So I didn't think of it as something I did when I was thirteen. Really, it felt strange when I wasn't able to continue on the path I was on when I was in limbo and I wasn't able to release music, so I did consider going to college but it was always with the thought that I was going to come back to it after that. Instead I chose to try to make it work with my label at the time. And then when it wasn't working, I was like, okay, well I'm already not college age, I'm like 21 at this point, and I'm just gonna sue you.


The video for JoJo's "Say Love"

You recently mentioned that your house on the Cribs episode you were on was not actually your house. Were there any other smoke and mirrors when you were younger?

No, that's an exception, honestly. I've never been a smoke and mirrors type of person. I just wanted to do Cribs! It would have been real smoke and mirrors if I had rented a townhouse or something but this is actually just my uncle's place. I grew up very poor, so this is actually the nicest home in our family. So it was a little bit of pretending -- well, actually, yeah I was totally pretending -- but it was definitely the exception.


What's something you think even your die-hard fans would be surprised to learn about you now?

Just because I stayed out of the tabloid stuff doesn't mean I haven't had my bouts with things or my ups and downs or experimentations. I don't really know how people perceive me but I'm not by any means a goody two shoes. I definitely get down.


Did you ever have a party girl phase?

I was tutored through the end of middle school and high school, and you know, didn't go to college, so when I moved to LA that was kind of like college for me. And I did go out a lot, from like 18 to 22, but I was also constantly in the studio. So there was a balance that I found but...I was getting super drunk. I was getting wasted.

How did you manage to keep yourself out of the tabloids?

I don't know how it didn't happen at least once. And I'm so, so thankful because I can't imagine being Justin Bieber or Selena Gomez or Miley Cyrus and having that scrutiny, or being under that light the whole time. So I really got to figure some shit out on my own and then find a little bit more balance as I moved into my twenties.


I also don't date famous guys. I think that's helpful. I imagine it would be hard to date other artists. I've casually dated other artists, and it's always very fucking weird. I guess it makes sense, you guys can understand certain things, but I tend to like guys who are a bit more down to earth. So I think that that's been helpful, but also my friends tend to be outside of the industry as well, or more behind the scenes, so I do think that's helpful. I'm not a part of a girl squad.


Get a copy of III. HERE and catch JoJo when she goes out on tour (complete list of dates HERE).