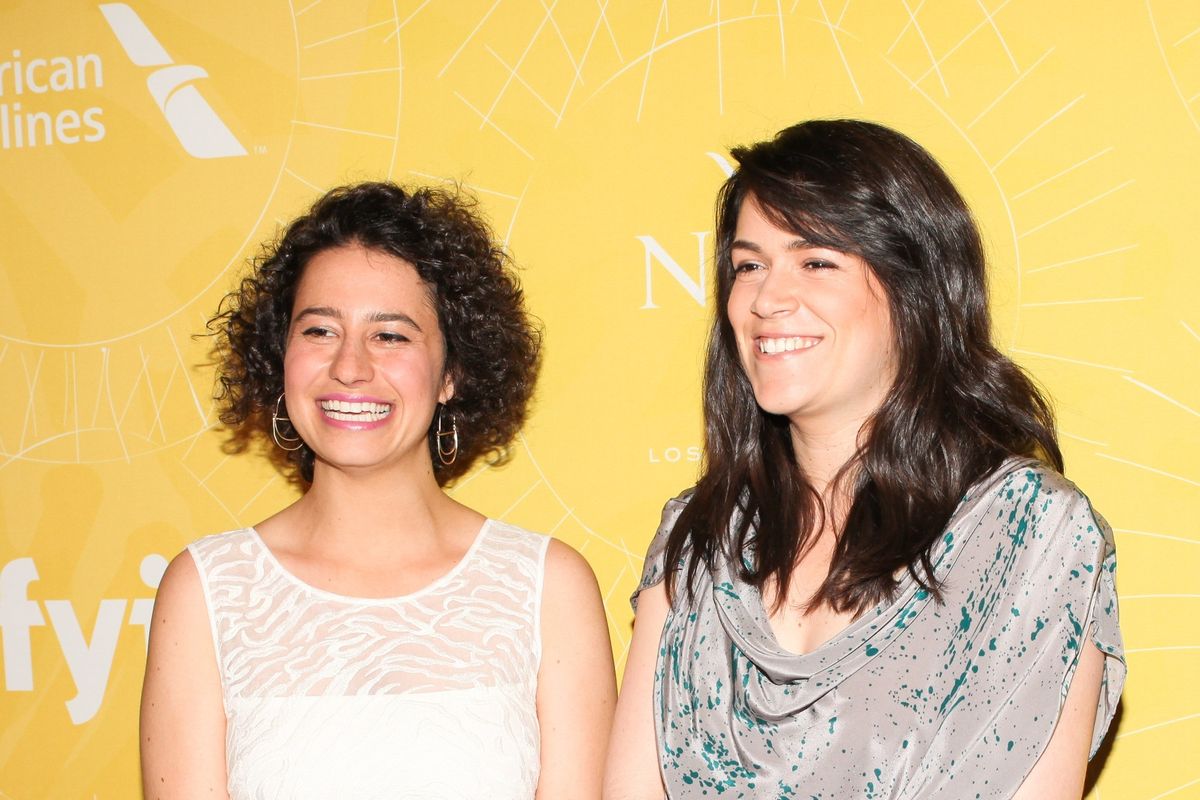 Ilana Glazer---- mensch and star/co-creator of Broad City--worked out new set material recently at a Lower East Side bar. Someone in the audience recorded her set and posted one curious part from it.

In a 3-minute segment, before launching into her set, Glazer gave a preamable warning women about a man named Zach Jobin who tried to score with a lady by pretending he's a Broad City writer. Holy Catfish!

According to Glazer's riff, posted on ONTD, Zach's game is that he claims to write for Broad City--which has a very small, all-female writing room, just four people, as Glazer notes. He "evidences" his claim by showing a 2014 photo he took with Abbi and Ilana.

This guy must be really stupid to think that he could pull one over the Broad City broads, and the broads who love them.