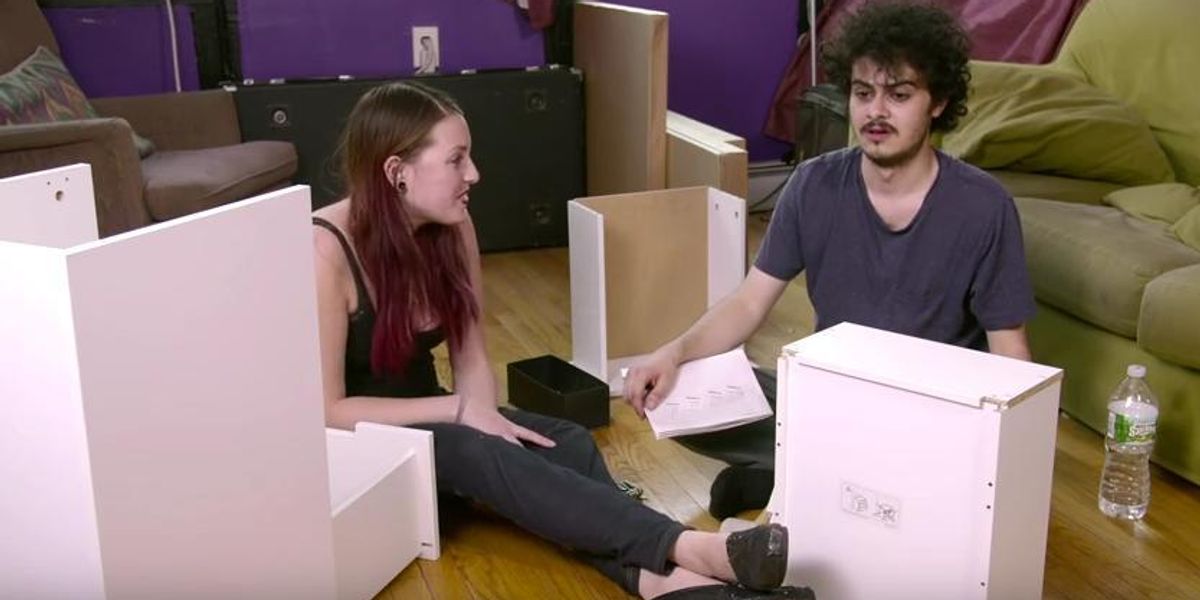 Enter the new web series Hikea, featuring folks assembling furnishings from our Scandinavian design overlords after they've partaken in a mind-altering substance. Directed by Hunter Fine and Alex Taylor, the series has only been online for four days but has already amassed hundreds of thousands of views.

Two episodes have been posted so far. One features a couple named Giancarlo and Nicole, who take LSD and put together a dresser (or one part of a dresser) before losing interest and walking to a nearby playground. The other features Keith, who does shrooms and puts together a desk. He describes his high as "a grease fire in my thought box," and gives up after 30 minutes. He re-emerges after some coaxing from the crew, and takes an additional five and a half hours to assemble the desk, leaving out several pieces.

Watch below (via Dazed) and let your mind be transported to an umlauted, self-assembled state of Swedish consciousness.