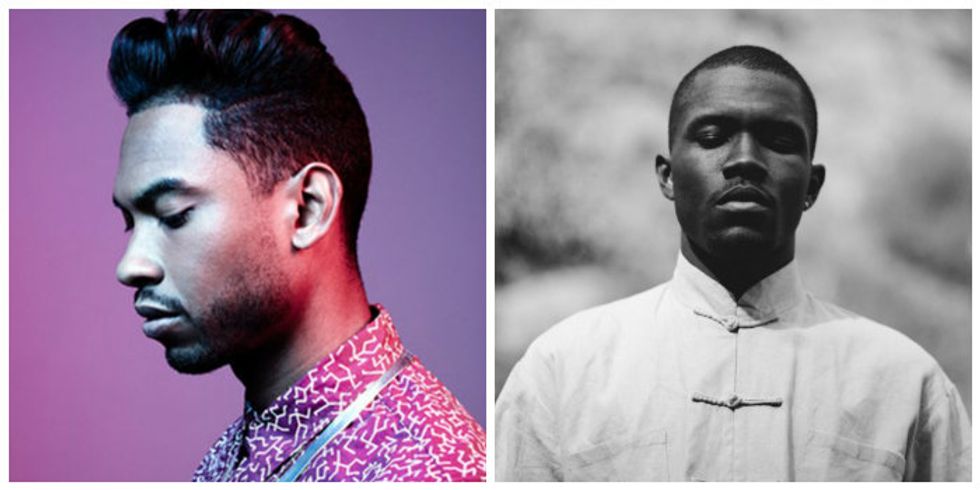 Ignore the Miguel/Frank Ocean "Beef" and Just Have More Sex

Sometimes, artists with some superficial similarities are forced into competitive narratives. Who is the real king of New York? Should you care about Jack White making snippy comments about Foo Fighters when your dad will continue to play both at his "cool" barbecues? Some of these are obviously dumb questions, but are still helpful as a lens for thinking about music and cultural trends. But others are like the Miguel vs. Frank Ocean "beef."

"I genuinely believe that I make better music," Miguel told The Sunday Times, adding a not-inconsiderable amount of fuel to the fire that already encompasses both men. Admittedly, there is some history of snippy comments on Miguel's part, though Ocean has yet to publicly address them. But that doesn't really matter to anyone who enjoys the music of one (or, probably, both). Just chill out. Let's be honest with ourselves: The only reason anyone would really feel compelled to claim one is substantially better than the other is because they just don't have the energy to use both albums (Frank Ocean's newest is due to hit some time in July) for their, uh, intended purposes.