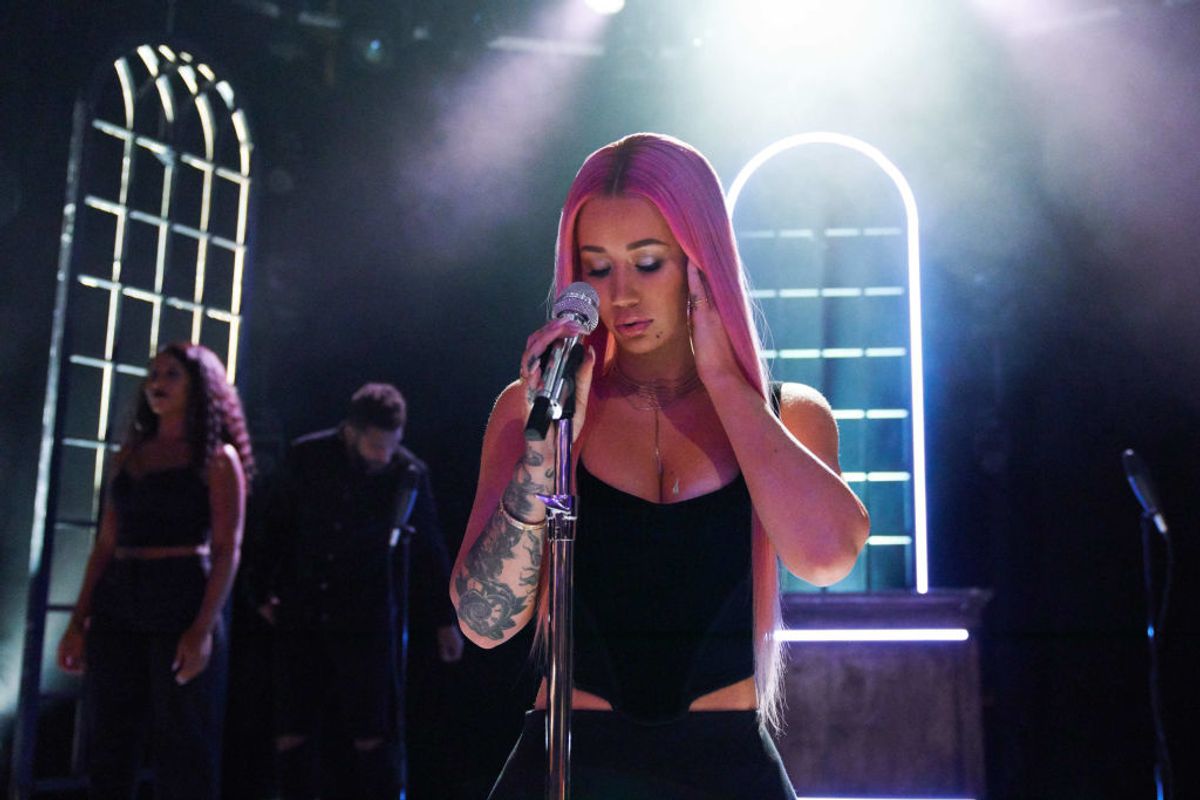 Nicki Minaj and Ariana Grande weren't the only artists busy dropping music videos on a Friday. Iggy Azalea also released the music video for her new single featuring Tyga, "Kream." The Aussie rapper also released the audio for her Mike WiLL Made-It and Ronnie J-produced single earlier that day.

The video has a futuristic feel to it, especially with Iggy's monochrome looks paired with thigh-high boots. It's set in a dark house with only neon lighting, a ton of cash stuffed in the oven, fridge, and laid on the table in the living room, and A LOT of booty shaking — definitely part of the artist's forté. The song's verses also make shoutouts to Ice Cube, Sid Vicious, and Bella Hadid.

In an interview with PAPER, Iggy said that she's taking her music back to a place with a lot of "unexpected Diplo moments." "I know my fans want me to rap and I want to give them that. I want to give them the hard shit that they love, the shit that's different, that moves the needle. I hope people will support it." Only her single about depression, "Savior," is different in that it's more melodic and isn't as heavy with the beat.

"Kream" is one of the new songs expected to come out in Iggy's 6-track EP Survive the Summer, which is set to come out on August 3.