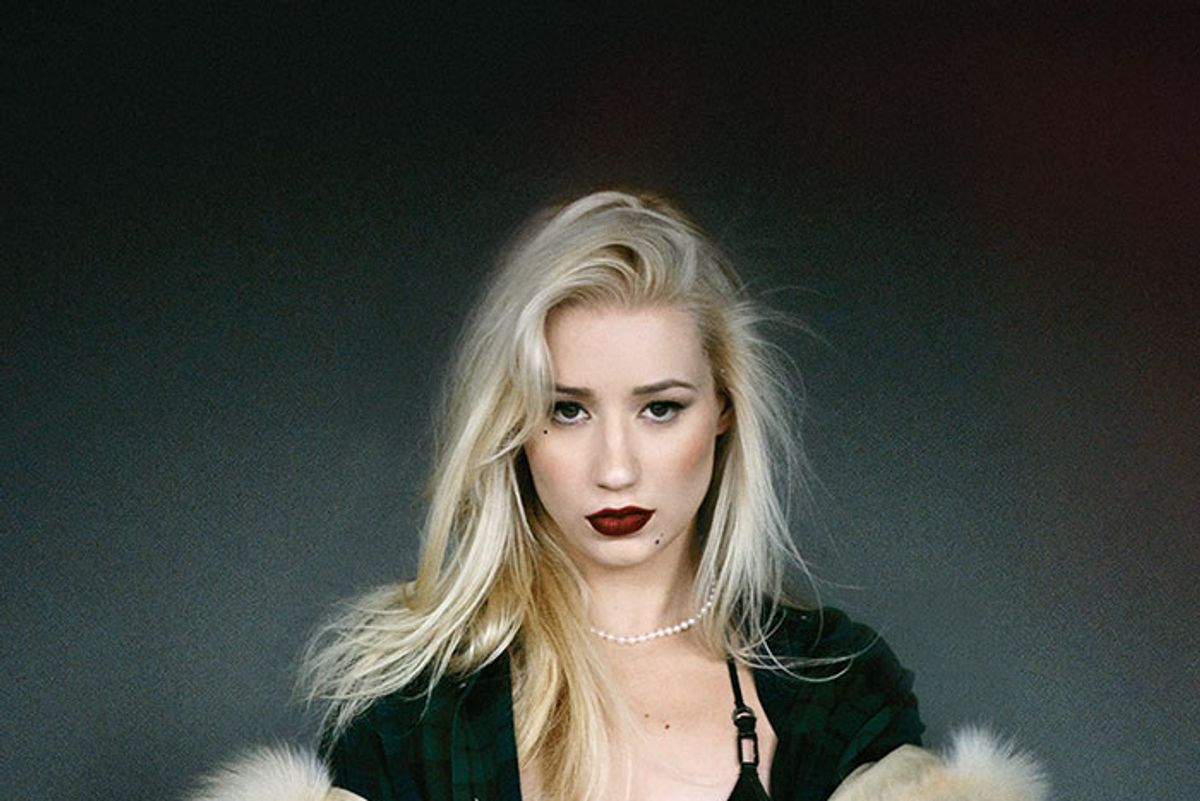 Iggy Azalea Swears She Never Had Beef with Britney

If you're interviewing Iggy Azalea, there's really only one thing to ask her about: Her numerous alleged "beefs" (we use this term generously). Last night on Watch What Happens Live! Andy Cohen had her share her opinions on various music industry spats, most of which involved her, in a segment called "Spill the Music Indus-Tea." Andy noted that she is the favorite media target as a pot-stirrer. "Me and anyone!" Iggy declared in a surprisingly self-aware moment. "We'll have a beef after this!" Azalea gave her mostly not terribly interesting takes on Kanye vs. Taylor, herself vs. Macklemore ("I don't think it was intended as a diss but at least I would have been prepared"), and her vs. T.I. ("still good").

But then Andy got to the only Iggy-Azalea-related beef anyone would ever care about, namely whether she and Britney were on the outs after last year's flop of a collaboration "Pretty Girls." Reportedly, Iggy was difficult on set and '00s Pop Queen Spears was having none of it.

"We're cool. We always have been," Azalea claimed. "We never had a fight." Sure, Iggy. But when asked whether she'd rather see J.Lo or Britney's Vegas extravaganza, she chose J.Lo, "just because of the level of dancing that she provides." Ohhhhhhhhhh, shit. Get that Britney beef rumor mill started up again.