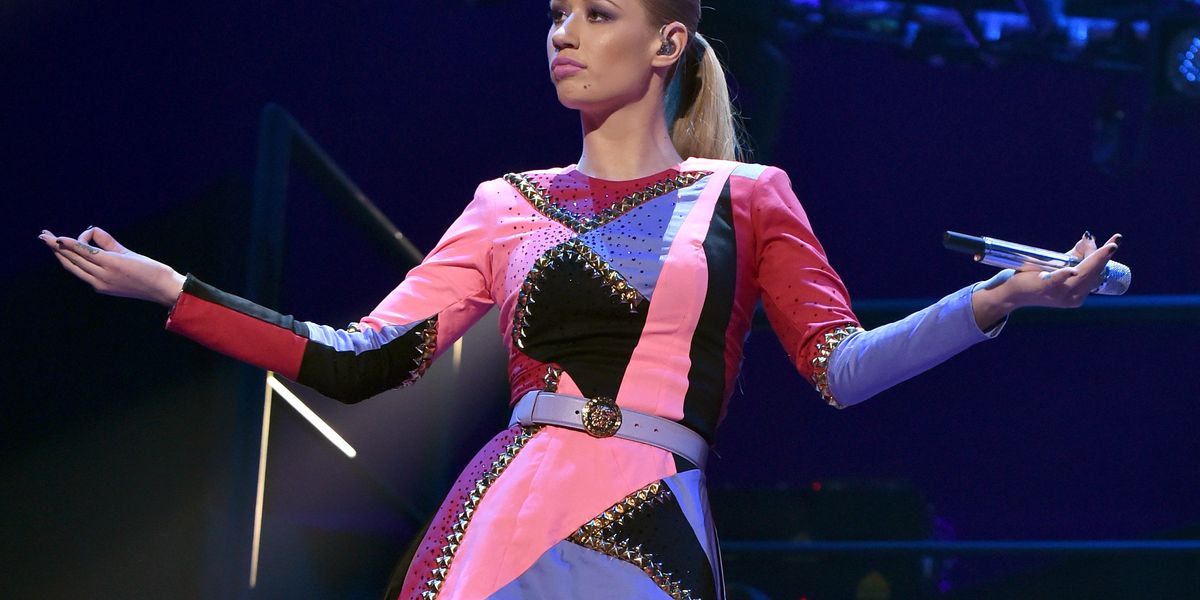 Iggy Azalea is coming for Peppa Pig and, apparently, it all has to do with a shared album release date.

That's right, the rapper is currently engaged in an online back-and-forth with the popular cartoon pig. But why? Well, fans of Azalea know that she's currently gearing up for the release of her second album, In My Defense, tomorrow. But what they probably didn't realize is that Peppa Pig is also dropping her highly-anticipated debut tomorrow as well.

It’s over for me now. https://t.co/pWfsAgUbUz

As such, Azalea (jokingly) retweeted Peppa's announcement post and added, "It's over for me now." Since, you know, there's obviously a huge overlap between their audiences.

That said, Peppa — never one to be outdone — escalated things by referencing Azalea's 2014 hit, "Fancy," writing, "Peppa's so fancy, you already know." And turns out it was comment that Azalea had to respond to with a threat — namely, "Collab with me now or you'll end up a breakfast special peppa."

Collab with me now or you’ll end up a breakfast special peppa. https://t.co/WGTKhMknHb

Wow, talk about intense. And while Peppa has yet to respond, Azalea's already hit back with a Peppa-themed edit teasing her "Fuck It Up" visual.

Fuck it up video drops in 11hours!
👀 pic.twitter.com/5GFlx3if9a

Hm. Let's just hope that Azalea was seriously about that collab.