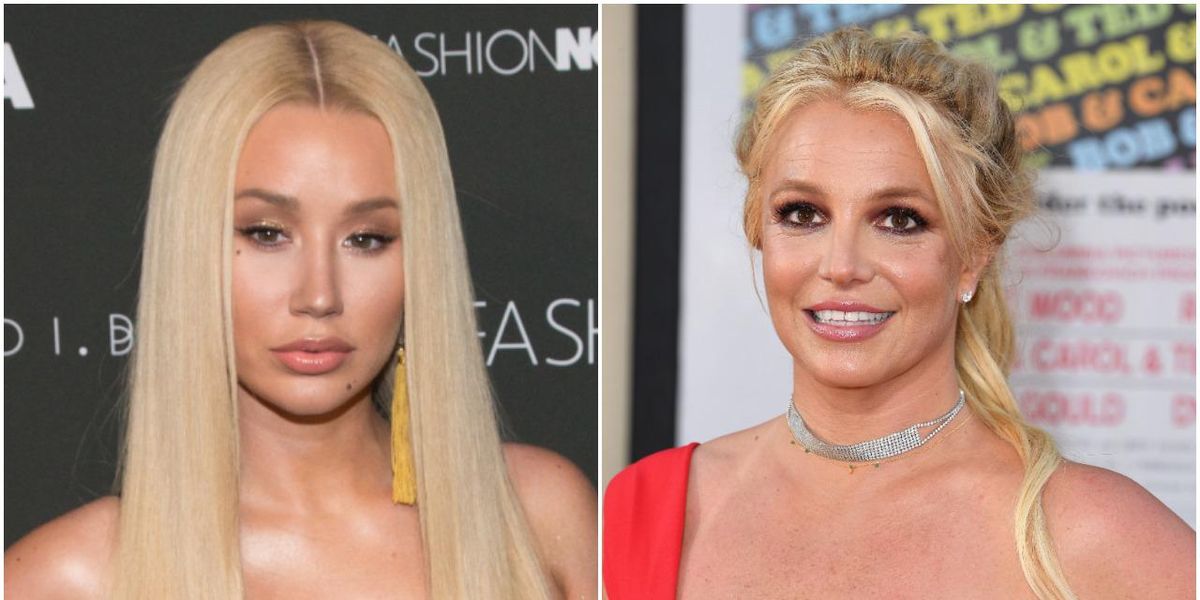 The internet is accusing Iggy Azalea of not supporting Britney Spears amid her conservatorship battle.

Last Wednesday, Spears took the stand to speak on her "abusive" conservatorship for the first time ever, alleging that she forced to get an IUD and was drugged with lithium, amongst other things. Granted, while the bombshell revelations led to an outpouring of support from fans and fellow celebrities alike, it also spawned some criticism of the high-profile people who hadn't publicly lent their support. And one of the celebs accused of "staying silent"? None other than Spears' "Pretty Girls" collaborator, Azalea.

Related | How to Help Free Britney

That said, after a viral tweet claimed that she had continued to "remain silent after Britney speaks up on abuse she's faced by her conservators," the rapper herself decided to respond by reminding people of the time Azalea did say Spears' team wasn't letting her promote "Pretty Girls," which supposedly led to a search of her house.

As such, one supporter who retweeted the accusation pointed out that "Iggy did speak about it and y'all dragged her for it." Not only that, but the fan also went on to say that "Iggy has ALWAYS been a supporter of Britney so this was so unnecessary," which spurred Azalea to also issue a similar reminder about how "y'all said I was a hater" when she spoke up before.

"I am actually here to support someone in a way that's helpful and also mindful," Azalea also said, before mentioning that she'd already reached out to Spears personally.

"Britney has said in her own words, she's embarrassed to even share this with the world," she continued. "If she needed me to speak on her behalf, that message has been delivered to her. Other than that - I'm good."

See Azalea's response for yourself, below.

Right, I said her team wouldn’t let her do promo and that they went through my house etc and y’all said I was a hater 🤷‍♀️

I’ve done what I’m supposed to do, I’ve reached out. I’m not supposed to be mindlessly telling you all whatever was happening because half of these people are just here for entertainment not to help.
I actually care & she can use me if she needs my voice.
Leave me alone PLEASE.