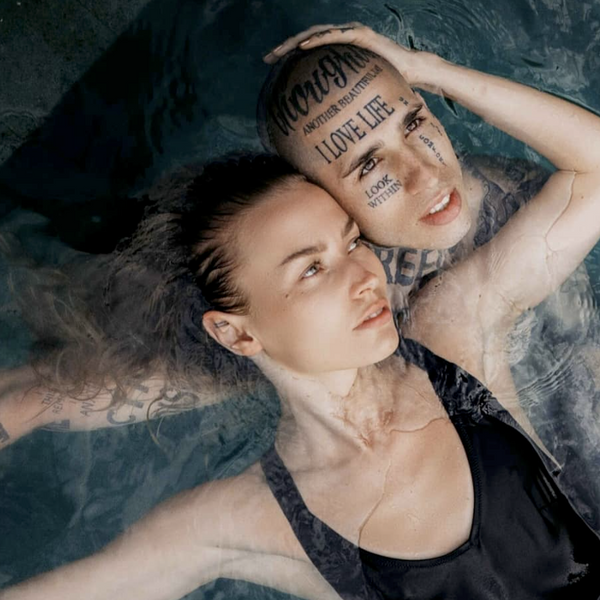 German Influencer Couple Under Fire For Trips Funded By Mom

The internet isn't pleased with Catalin Onc and Elena Engelhardt — a German influencer couple who run an Instagram called "Another Beautiful Day" — after it was revealed that Onc's mother works two jobs to help pay for their trips.

As first reported by BuzzFeed News, the duo have around 44,000 followers on the account, which is composed of slick photos of them hanging out in places like Bali, Nepal, and Denmark. However, Onc and Engelhardt are currently incurring some major online flack after soliciting donations for their upcoming "Africa" biking trip via a GoFundMe.

We could write a long text about mental health or global warming. We could tell you about following your dreams, or how important stepping out of your comfort zone is. We could tell you how beautiful traveling is, and it’s benefits, or the fact that most news don’t match reality. But we’re going to show you! Less talking more action. Starting on the 20th of July in the middle of Germany, on a tandem, me and Eli will cycle towards Africa, and hopefully beyond. We want to take you all on this huge adventure. A celebration of life, as we ride freely across mountains, by the sea and through metropolitans. We will show the beauty of this planet and it’s inhabitants, but also the ugliness. But we can not do this on our own. We need you! The funds we raise will go towards the bike and gear, food and accommodation (when needed), internet and SIM cards in every country to keep you up to date, insurance, emergencies. We need funds now for preparation as well as throughout our trip. Every dollar, every message, every couch or garden for our tent, any help you can offer will help us go further. We hope you all enjoy and learn with us. TOGETHER WE CAN MAKE A DIFFERENCE another beautiful day with love Cat and Eli Link in bio Or paypal Abd_cat@hotmail.com

Earlier this month, the pair launched the €10,000 campaign to finance the bikes, places to stay, and phone cards. Their plea? "We could write a long text about mental health or global warming," they wrote, also adding in a few platitudes for good measure. "We could tell you about following your dreams, or how important stepping out of your comfort zone is. We could tell you how beautiful traveling is, and it's [sic] benefits, or the fact that most news don't [sic] match reality."

However, things really began to backfire after the GoFundMe was share to Facebook in a now-deleted post, and admitted that Onc's mom, who works two jobs, helps them take the trips — though she apparently "has not much herself."

Shot in #copenhagen with @svlstg We will be back in Europe next week!

"Some will tell us to get jobs, like everyone else and stop begging. But when you have the impact we do on others [sic] life, getting a job is not an option," Onc reportedly wrote in the Facebook post, per BuzzFeed News. "We could model and make fast money, but we don't want to advertise consumerism. A normal job at this point would be detrimental."

Needless to say, the internet didn't take too kindly to their "narcissism" and "entitlement" — two words that now continually pop up on their Instagram and GoFundMe pages.

I love to climb things, I don't know why. I'll be in Nepal climbing in the Himalayas (in preparation for Everest) from March for more than two months. I told myself I would make this happen long ago, didn't know how but sure enough I am getting closer. Law of attraction. Photos taken by @motherlode_

In response, Onc and Engelhardt tried "explain" their rationale via another post, in which they wrote, "We could live a lavish lifestyle and only show that, like most people on social media do. We choose not to."

This is how I feel when people make money the biggest topic. Having tattoos, a pretty girlfriend and followers on Instagram opens doors for us, it’s true. We could live a lavish lifestyle and only show that, like most people on social media do. We choose not to. We have seen how people are around us when we have money and when we don’t. #grateful that we get to see both sides of the spectrum. I wish you all could experience this. Some people are quick to judge and speak. At this very moment we don’t have much, we are accepting money from my mother and also donations but we don’t hide that. This situation is teaching us a lot. #tryingtodosomethingbigger

"We have seen how people are around us when we have money and when we don't," they continued. "Some people are quick to judge and speak. At this very moment we don't have much, we are accepting money from my mother and also donations but we don't hide that."

According to BuzzFeed News, the couple are currently on hiatus from social media following the backlash. They also have yet to respond to the publication's request for comment.

LOOK WITHIN And with this post, I will step away from social media for a little while. I mentioned that I'll be doing the hardest thing I've ever done mentally and physically, soon. Here it is. I am going on a walk. I will walk as long as I possibly can. No sleep, No social media, No distractions. Just me and my brain out there. This first came to my mind in the Himalayan mountains, where I got to experience what my mind, body and soul are capable of. Now I'm going to take it even further. I am ready to face whatever is buried deep inside me. those doing the 30 day challenge, carry on. Remember why you started and keep moving forward. Much love to you all. Time to do some soul work.