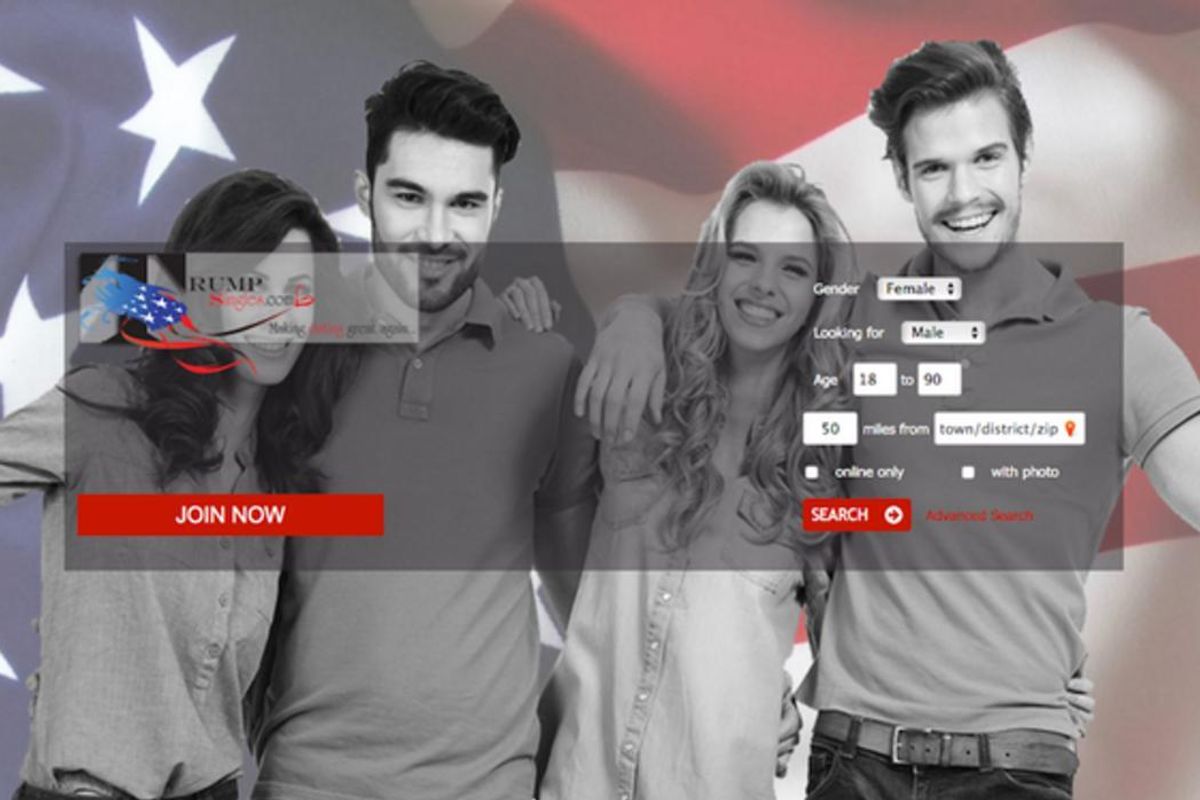 If Trump Supporter Peen Is Your Thing, Here's The Dating Site For You (And Please Seek Help)

The New York Post reports that the dating site which already appears to have crashed-- the Internet broke it-- already has 500 members hailing mostly from metropolitan areas like D.C. and NYC. For the low cost of $4.95 a month, you can get as much conservative peen as you want!

Adam Peck at The New Republic points out that a cursory search reveals that all the peen on the site is white peen, as there are zero non-white people-- not even Stacey Dash-- currently seeking partnership or sexy times with Trump supporters.