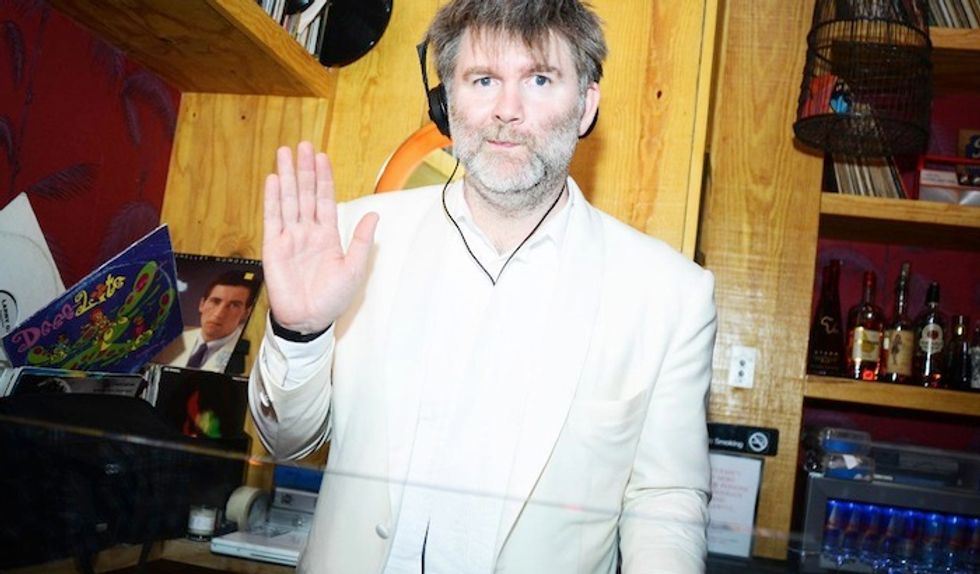 by Evan Siegel
PAPERMAG
(Photo by Carly Otness/BFAnyc.com)
Former LCD Soundsystem frontman -- and eternally cool beard-haver -- James Murphy has teamed up with filmmaker Noah Baumbach to produce the soundtrack for the director's upcoming movie While We're Young, starring Ben Stiller, Naomi Watts, Amanda Seyfried and Adam Driver. You might recall that Murphy also produced the score for Baumbach's 2010 flick Greenberg, and we hear that this one will include songs by Paul McCartney and HAIM along with Murphy originals, including an instrumental version of "Golden Years" by David Bowie. After previewing Murphy's wonderfully ambient recording, "We Used to Dance," from the soundtrack, we're getting pretty psyched about what's in store for the rest of it. Our feelings toward another movie with Adam Driver wearing a fedora, however, are much more subdued. (But we'll reserve judgment for the film's release on March 27th.)