Here's a photography project that New Yorkers will enjoy: Mark Hermann, an historian with the New York Press Photographers Association, has taken a handful of iconic old New York Daily News crime and disaster photos and superimposed them over what each location looks like today. The photos span the boroughs but primarily depict emergencies in Brooklyn and Manhattan. Check out some of our favorites below and head over to NYDN to see them all. 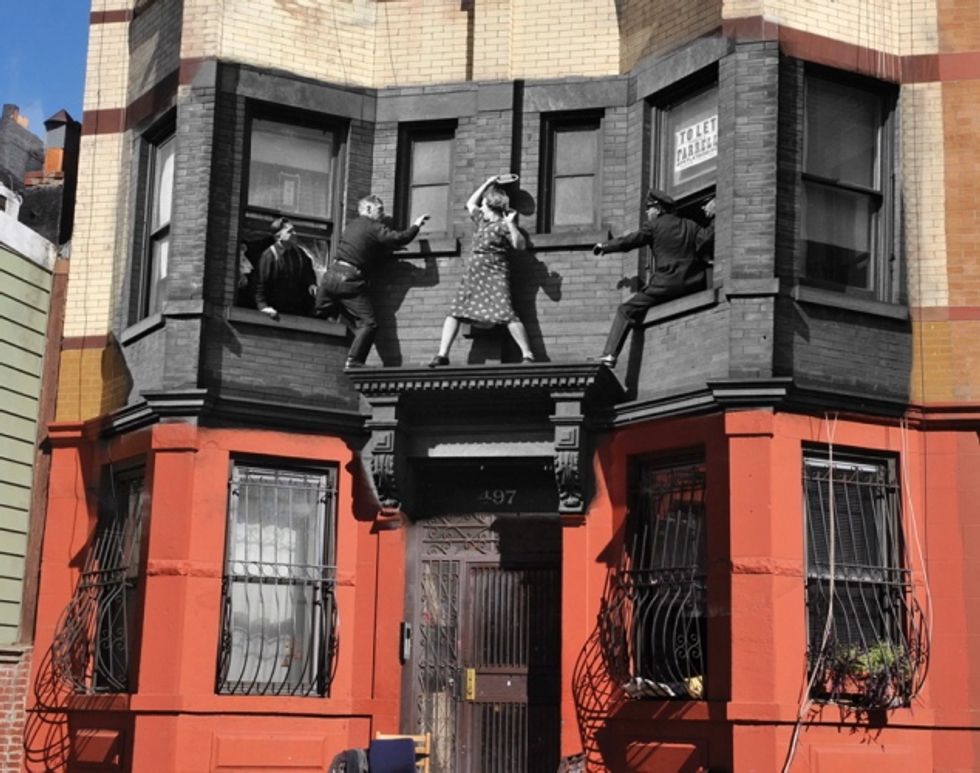 On March 19, 1942, Brooklyn resident Edna Egbert climbed onto her ledge and fought with the police from the facade of her building as she tried to jump off. 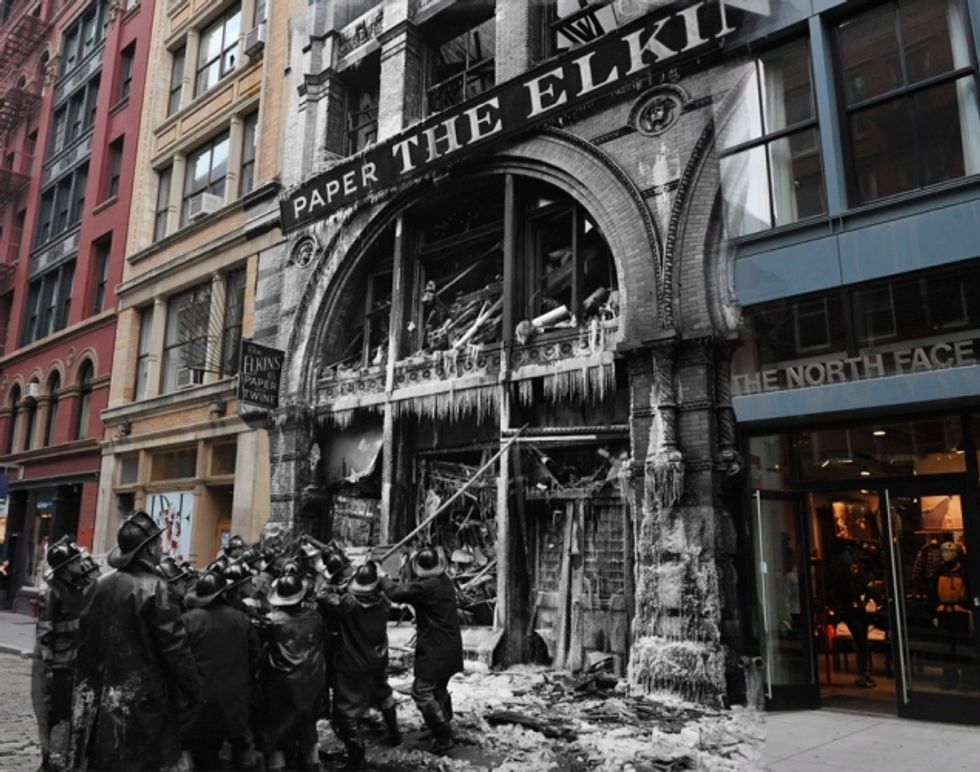 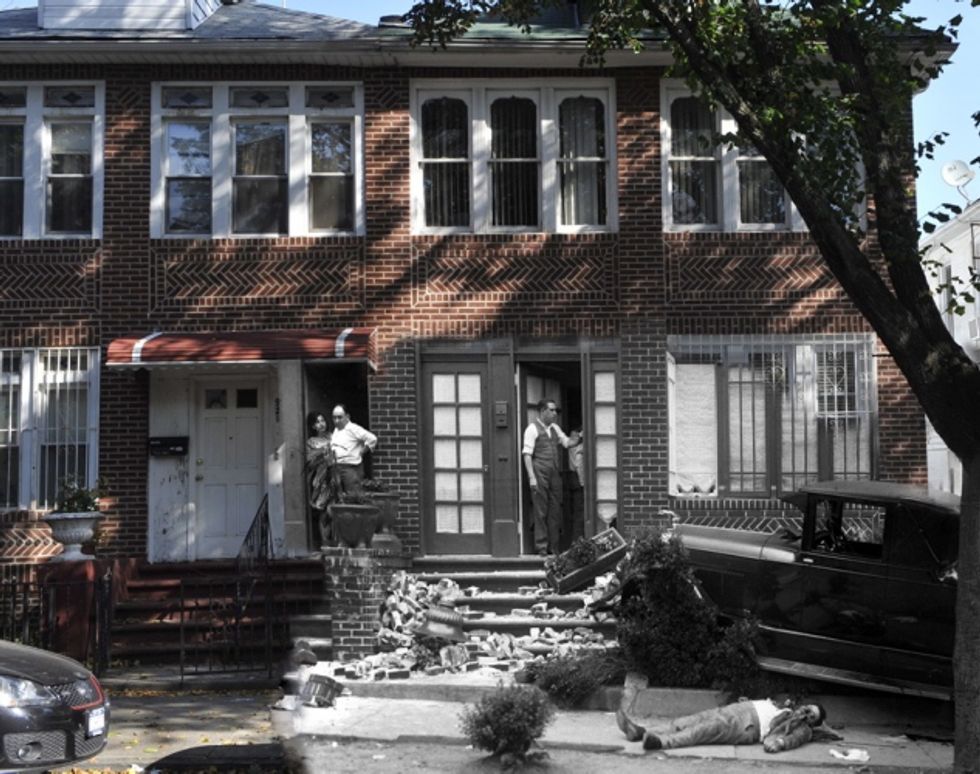 This photo depicts the death and aftermath of gangster Frankie Yale on July 1, 1928. Yale was the victim of a drive-by shooting and his car crashed into the stoop of a Brooklyn home as he was shot to death. 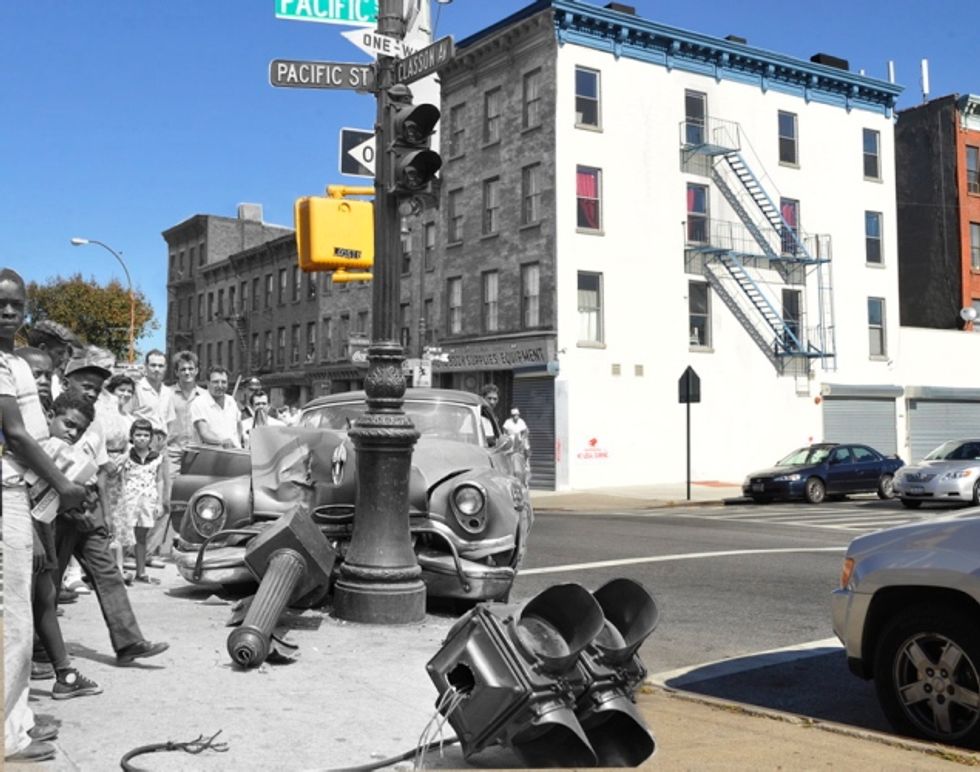 On July 28, 1957, a car crashed into a light pole at the corner of Pacific and Classon Ave. 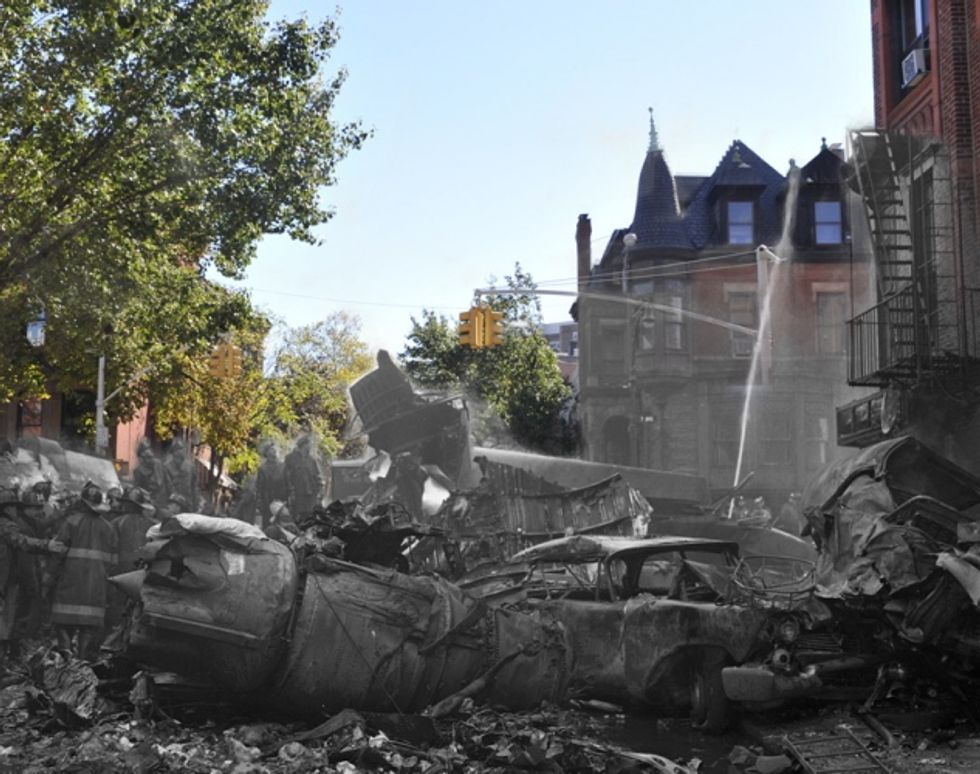 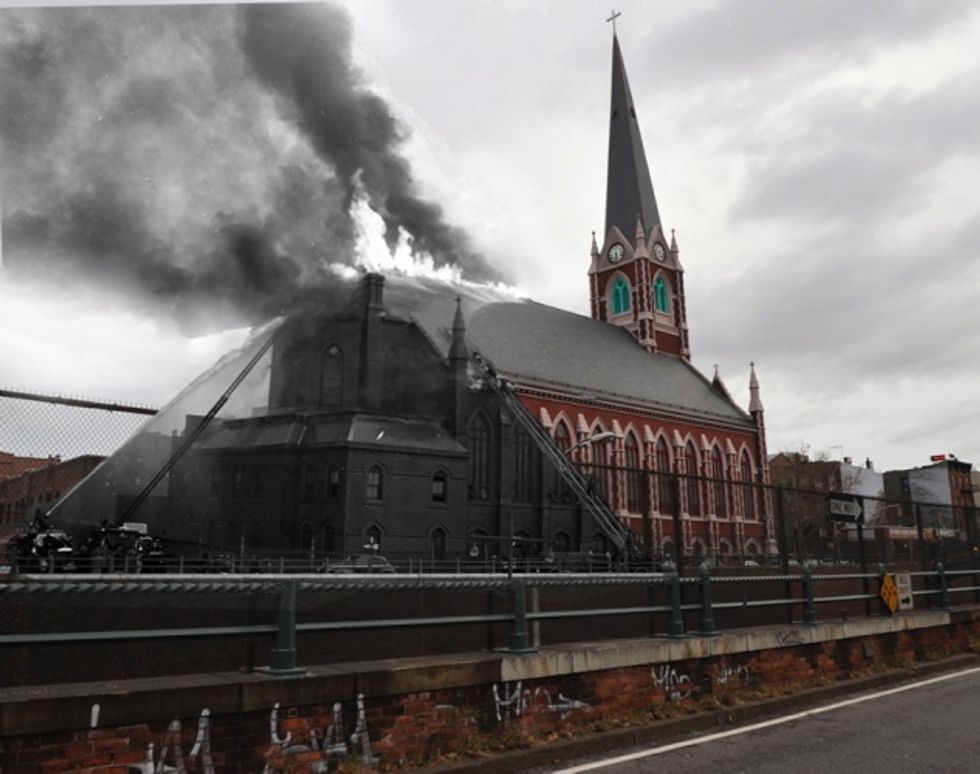 A five-alarm fire destroyed much of Sacred Hearts of Jesus and Mary & St. Stephen Roman Catholic Church in January of 1951.