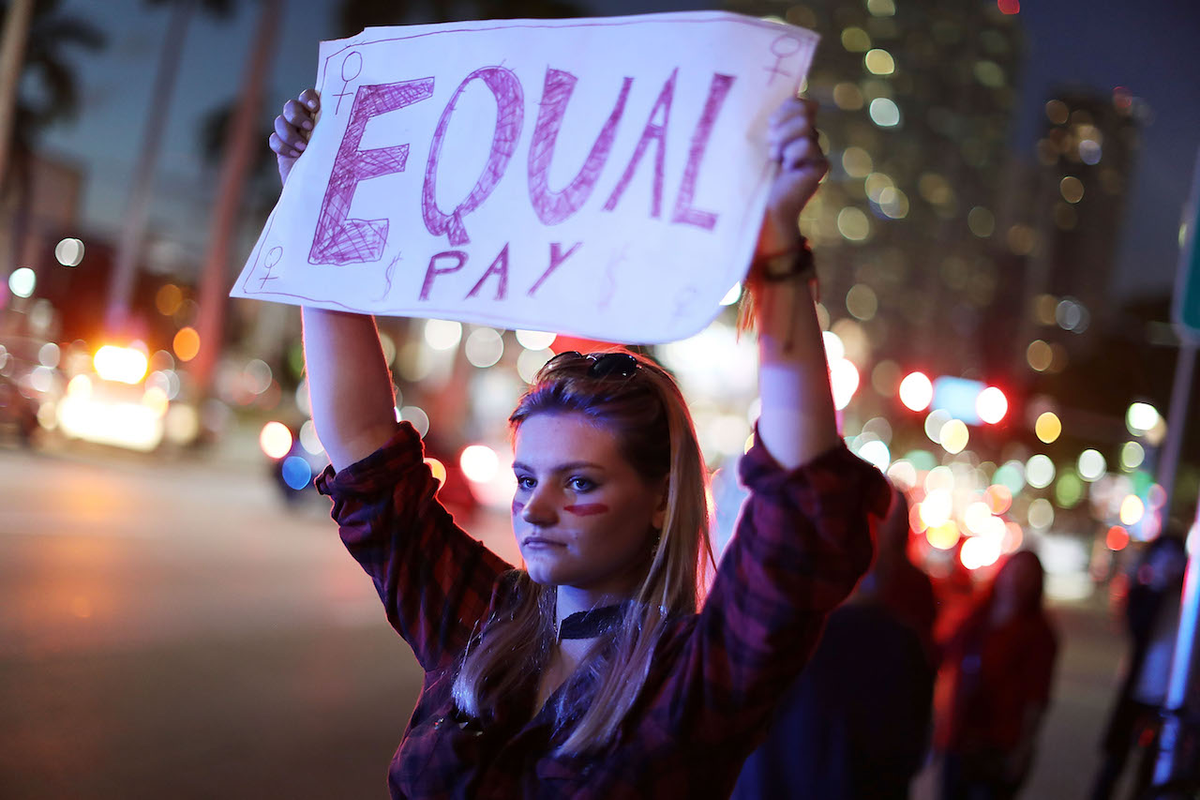 As of yesterday, Iceland is now the first country in the world to enforce equal pay laws between men and women.

Per the new law, businesses with 25 or more people will need to obtain paperwork from the government certifying their equal-pay policies, and will be potentially fined if they don't comply.

"We need to make sure that men and women enjoy equal opportunity in the workplace," Equality and Social Affairs Minister Thorsteinn Viglundsson said about the law. "It is our responsibility to take every measure to achieve that."

For comparison, 80% of top nominations in the Trump administration have been male. Only 19.6% of the current US Congress is female, according to the Rutgers Center for American Women and Politics. Not surprisingly, the equal pay legislation faced little opposition in Iceland's half female parliament.

In terms of enforcing pay parity between the genders, it's no secret that the U.S. has a long way to go (despite what some Red Pillers would have you think). The American Association of University Women reports that while only two states in America have no equal-pay protection laws at all, only eight have strong ones. And while the Equal Pay Act of 1963 prohibits discrimination based on sex, the wording of the act allows for employers to take advantage of loopholes that have led to the persisting wage gap.

The pay gap in Iceland was around 20 percent in 2015, according to its government (the same figure was found for the US that year too, though the pay gap is larger for Hispanic women and even more so for black women.)

Iceland's goal is to achieve gender parity by 2022, according to the Times. A 2015 report by the Institute for Women's Policy Research found that at the current rate and with current policies, American women will have to wait until 2058 to be compensated fairly for their work.