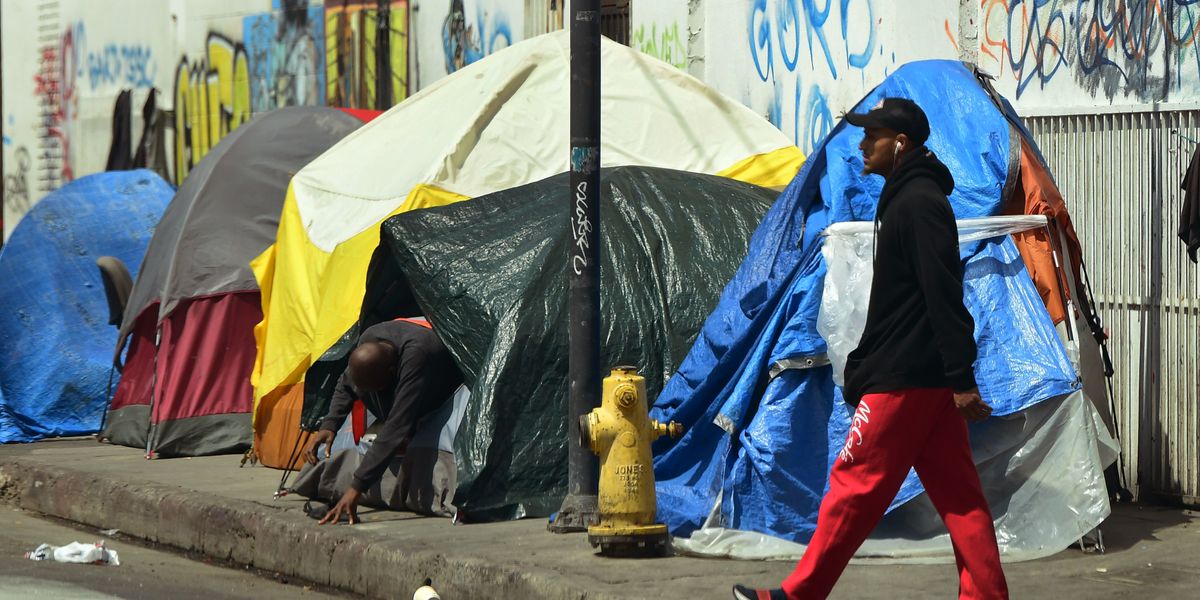 YouTuber's House Listed as a Homeless Shelter By Trolls

Trolls have been listing a popular YouTuber's LA-area mansion as a homeless shelter promising free beds and meals — much to the chagrin of those in need.

Ice Poseidon — aka Paul Denino, a prominent live streamer — told the Los Angeles Daily News that his fans have repeatedly listed his San Fernando Valley home as the "Ice Poseidon Homeless Shelter" on Google Maps. Alongside photos of cots, a communal dining room, and over 70 reviews, the fake listing has led to "dozens of unhoused individuals" traveling to the Valley in search of shelter, only to be turned away.

It all started earlier this year after Denino moved into the $25,000/month rental in the ritzy suburb of Tarzana in order to launch a reality television-esque "streamer house." About a month later, Denino told the publication that people began to show up outside and pitch tents outside after being told there was actually no shelter — something that attracted the ire of his neighbors.

"People would come, with all their bags and ask 'Is this the homeless shelter at the mansion?' And I'm like no, that's not real," Denino told the publication, later adding, "At some point I realized it's not a joke anymore. Maybe the first time it was. Now it's not funny, it's dumb."

And while Denino left the house in late March after the streaming endeavor didn't pan out, a subset of his hardcore fans — who are notorious for "swatting" Denino, or falsely reporting sending crisis response teams to a target's house — continue to carry on the ploy.

"You've got some sad pathetic people on the internet that literally just don't care about people," Denino said. According to The Guardian, the listing has technically been taken down, but it still appears as a suggested search on Google Maps.

A particularly cruel prank, the fake listing posted amidst an extreme housing crisis in the LA area targets some of the city's most vulnerable populations.

"Their first inkling might have been: 'This is too good to be true.' But people are so desperate, especially right now with the heat," Rev. Andy Bales — CEO of homeless organization Union Rescue Mission — told The Guardian. "They never want help again … and some people die out there, because they were never able to get help."