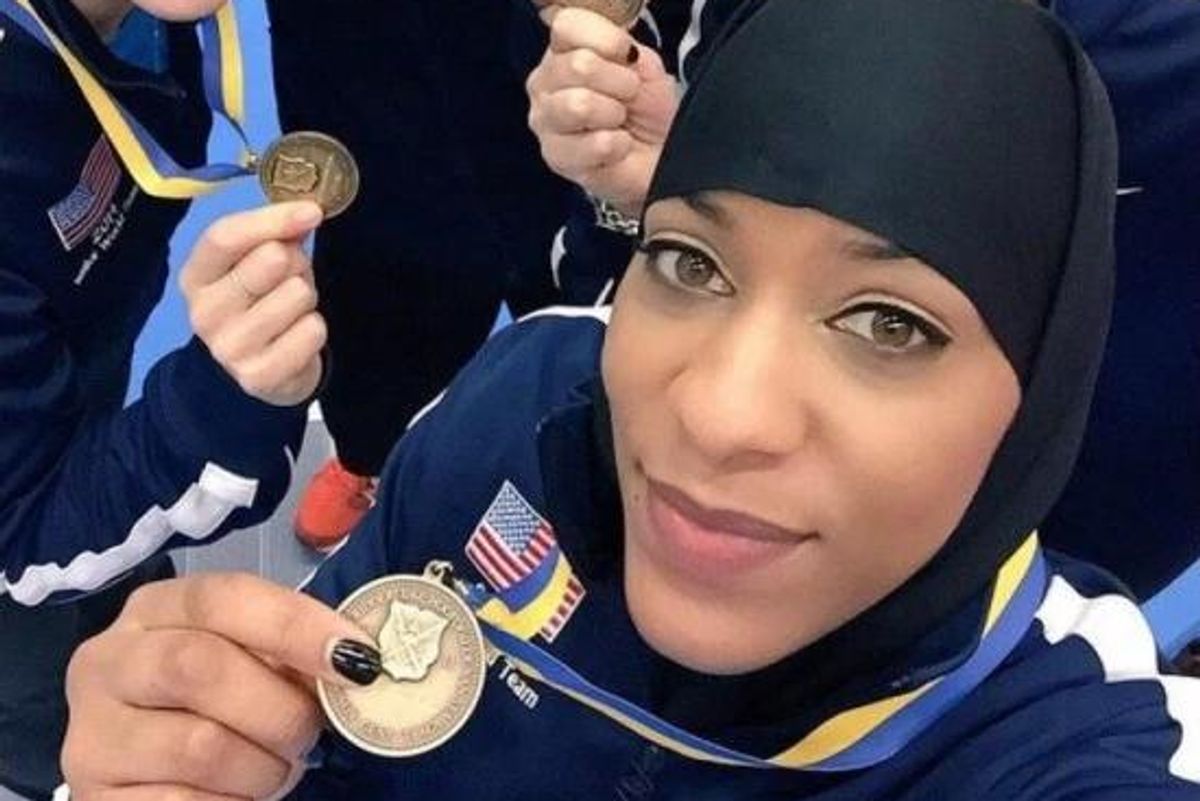 SXSW Apologizes To Olympian After Asking Her To Remove Her Hijab

While attending SXSW to speak at an event called "New Church: Sport As An American Currency," Olympic-bound fencer Ibtihaj Muhammad was asked by a festival volunteer to remove her hijab for her credential photo.

Ibtihaj tweeted the situation, which gained monumental exposure in a short time.

Regardless of the employee's reluctance, the athlete wore it anyway, but posted a photo showing her name randomly changed to "Tamir," stating that she was an employee at Time Warner.

Ibtihaj will compete at this summer's Olympic games in Rio, and will be the first woman to compete while wearing a hijab.

The festival, which prides itself on universal acceptance of all...

...released an apology to the Chicago Tribune:

It is not our policy that a hijab or any religious head covering be removed in order to pick up a SXSW badge. This was one volunteer who made an insensitive request and that person has been removed for the duration of the event. We are embarrassed by this and have apologized to Ibtihaj in person, and sincerely regret this incident.

This came only a day after President Obama made a historic address on day 1 of the Austin festival.