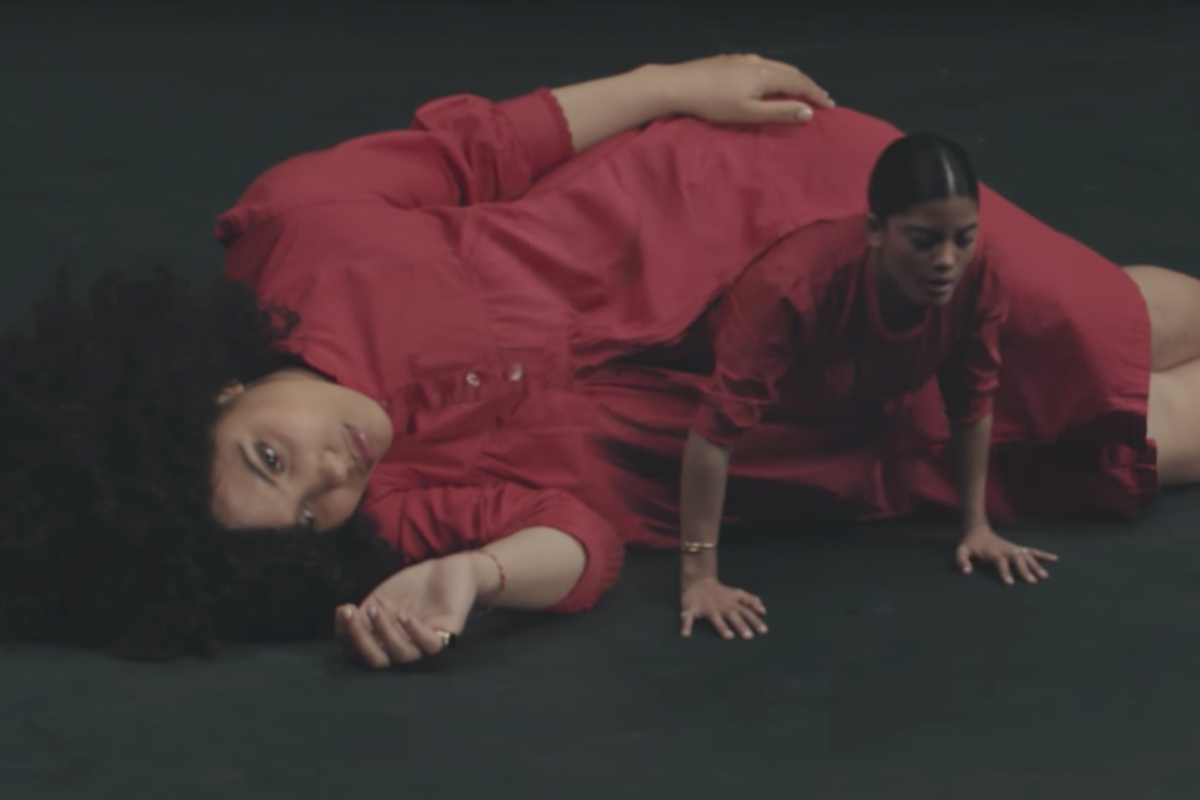 This morning, Ibeyi, the duo composed of French-Cuban twins Lisa-Kaindé and Naomi Díaz, announced plans for the release of their sophomore album. Called Ash, the 12-track album will be released on September 29th through XL. To celebrate the release, they dropped the video for "Deathless," their most recent single and a collaboration with saxophonist Kamasi Washington.

The video is a masterfully beautiful affair, frequently covering the camera in a sea of red as the airy linen of the sisters' cotton dresses flow around. But its real appeal is not derived from its striking color palette, but rather from its depiction of a warped kind of childbirth with heavy symbolism. Throughout its duration, the video shows a small version of each sister slowly emerging from the stomach of the other sister—all before immediately falling down to have the cycle repeat itself.

According to a press release, the single was meant to serve as an anthem "for everybody that feels that they are nothing, that feels small, that feels not cared about." Continuing, the twins note, "I have a huge amount of respect for people who fought for, what I think, are my rights today and if we all sing together 'we are deathless,' they will be living through us into a better world."