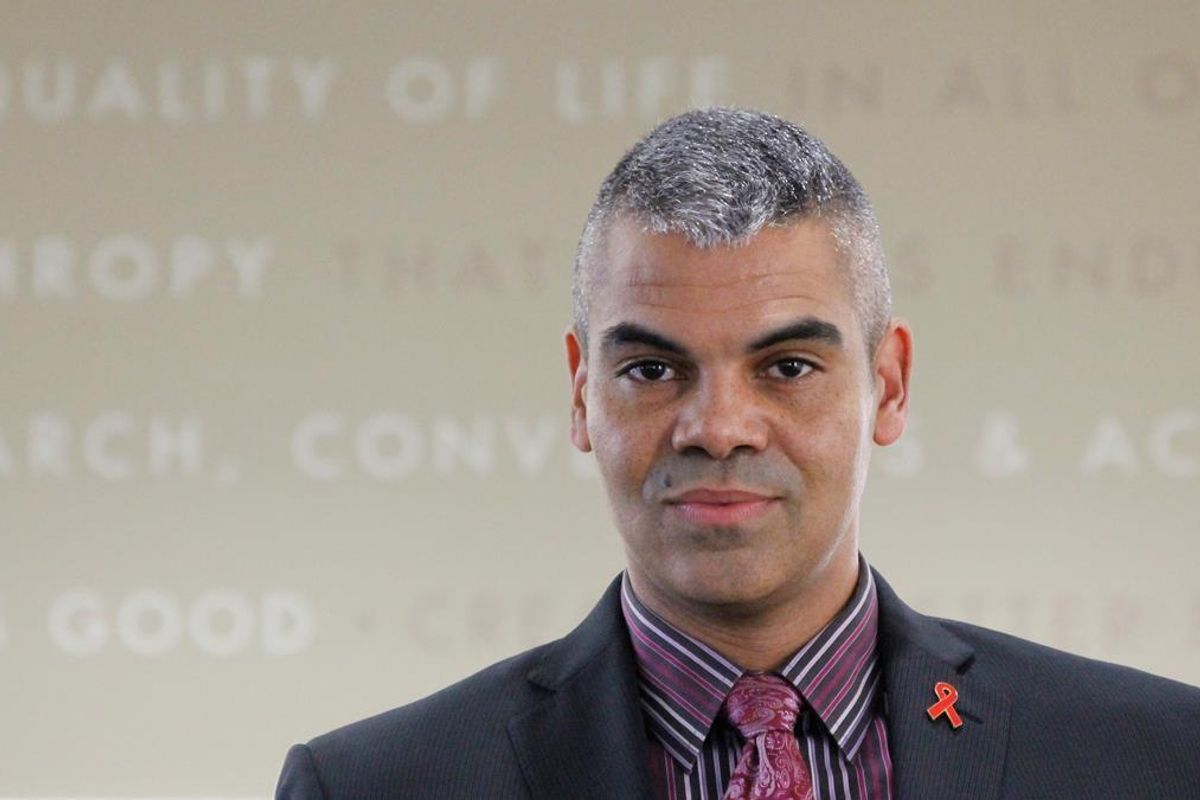 In September 2010, an 18-year-old student named Tyler Clementi committed suicide after his roommates filmed his romantic interaction with a same-sex partner. It was devastating news that caused the LGBTQ community to gather — and for San Diego resident Ian Morton to start Y.E.S., a free yearly conference that supports the young LGBTQ community of San Diego. As a suicide survivor and musician, Morton saw this was a chance to give back to a community he knew was hurting.

"It was at that moment that I realized I had to start some sort of movement for LGBTQ youth to find one day when they could safely come together," he says.

Morton's who's lived in San Diego for 20 years and is a senior program analyst at the San Diego Human Dignity Foundation, says he sees many of the national battles the LGBTQ community faces reflected in his own city. He also sees each new statewide victory as a chance for smaller cities and towns to address the changes that still need to occur within their boundaries and borders.

The battle of HIV/AIDS soon opened up to a bigger fight for marriage equality. Now, Morton says larger, broad-sweeping issues, such as race, culture, gender-identity and immigration status intersect with those that affect people on the LGBT spectrum.

"As a gay man, when I moved out here in the mid-1990s, AIDS was a huge factor, and we rallied around that cause … The choice to stand with others, when the stakes are not as high for the broader swathe of community members, will be our test as to the strength of the LGBTQ community."

Morton says he also finds the strength of his community in its traditions. As a jazz singer, he says he's long been drawn to karaoke at Redwing Bar or Gossip Grill and the DIVAs Drag show at Rich's, a nightclub located in the center of San Diego's Hillcrest neighborhood. "I miss the days of Bourbon Street and Inn at the Park bars, where you could catch live music nearly every night of the week," he says, but still joins dance parties at NUMB3RS, and finds a little bit of everything at Martini's Above 4th.

As a longtime resident of the community, yearly gatherings like Pride and the AIDS walk offer a chance to catch up with people he's known over the years — and even an opportunity to celebrate in new ways.

"For events, I have to give a shout out to the one I'm most looking forward to this year: the San Diego Human Dignity Foundation's Reunion Party on August 6th (my birthday) with Judy Tenuta - I'm hoping for an accordion birthday serenade!"

No matter the way he chooses to welcome in another year, Morton says he will be doing so with the conviction and inspiration that he feels from the youth of San Diego he helps every year, calling upon them to support each other despite a culture of camaraderie seen only in online apps. He says when SCOTUS passed gay marriage or when 49 people died in Orlando, the community galvanized. But he'd like to see the passionate young people he's met rise to the occasion no matter the cause.

"They are fighters with a strong point of view and they are willing to push the idea of gender and sexual fluidity in a way that used to be the province of only artists and celebrities," he says. "Today's LGBTQ youth seem to have a resolve and a steadfastness to not compromise themselves to kowtow to the broader world."

If these young people keep looking to Morton as an example, compromise will never be a thought on their minds.