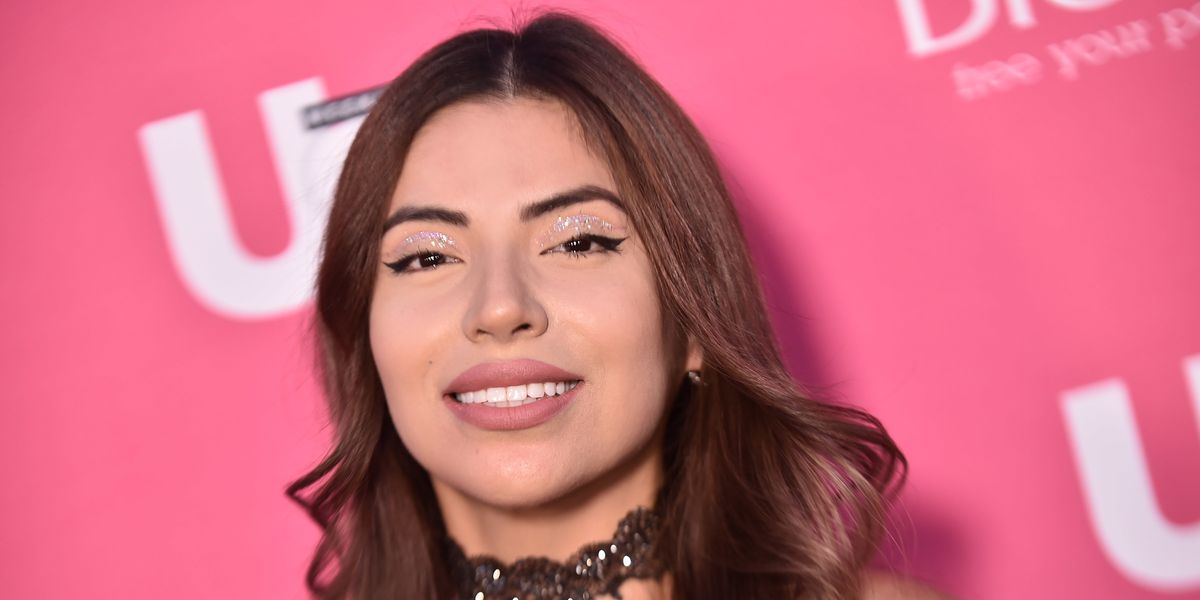 The Story Behind Cardi B's Most Hated Follower

We're living in the golden age of fandom, where social media has allowed stans to interact with their idols on a daily basis. Whether you're a barb, lamb, belieber, or registered bardi gang member, you're probably @-ing somebody. On Stan Stories, we meet the world's most dedicated followers and delve deep into their obsessions.

Even by millennial standards, Jessenia Gallegos has a lot of side hustles. Among other titles, she labels herself a social media influencer, model, and music video vixen. But some corners of the internet know her best as a serial Cardi B Instagram commenter.

Gallegos, whose @iamjessenia handle riffs on Cardi's @iamcardib, breathlessly comments praise ("I love how comfortable u are in ur own skin," "so proud of u!") on nearly every photo the rapper posts. Sounds harmless enough, but the persistent love bombing has created discord between Gallegos and Cardi B's ardent fanbase. Take a look at any given Cardi B post and you will see Jessenia in the preview comments, engaging in a fiery war of words with hundreds of stans. Even though this takes place on Instagram, a Twitter search displays the number of users expressing their displeasure and annoyance at her comment frequency. Most of them think she's fake, or at least suspicious.

Related | Meet the Harry Styles Fans Who Camped Out for 'SNL'

This isn't the first time that an episodic commenter has been at war with other Instagram users and fans. The Instagram profile @diaryofafitmommyofficial faced backlash for routinely commenting on the Instagram posts of celebrities such as Kim Kardashian and Bella Hadid, but the strategy helped grow her follower count on by 70,000 in two months. This also isn't the first time that a commenter has feuded with the #BardiGang. A user named Emmanuel also drew the ire of Cardi B's fans for commenting regularly after he received Instagram verification.

It's a phenomenon that goes mostly untalked about: regularly appearing in a celebrity or influencer's comment section can earn serious clout. And with clout, comes haters.

When Gallegos first started commenting on Cardi's posts, she was working on publicizing her fledgling music career. Her follower count grew at first, but now she's receiving death threats. Her boyfriend and family members have been harassed through social media; Gallegos had to unfollow her parents to prevent them being sought out and trolled. She says YouTube took down her second single "Ammo" due to her Instagram detractors flagging and reporting her video.

"I lost so much sleep," Gallegos tells PAPER over the phone. "I also lost hair because it stressed me out — because I don't want people that I'm working with, not wanting to work with me."

Though Gallegos admits that her and Cardi B don't technically have a friendship, they have met before, "a few years ago." Not only that, but Gallegos claims she was more famous than Cardi back then. "I had hosted a party that she had been dancing six years prior," she recalls. "Back when I was at my A-game. She was just a dancer and I was the leading host. I met her before she blew up. What made her find me and hit the follow button, I don't know."

Gallegos' constant comments first gained Instagram notoriety when fans noticed Cardi B had followed her back. The fact her account is verified helps too — nothing inspires jealousy like a blue tick. Though she had commented regularly on Cardi B's page previously, it wasn't until she and the rapper became mutuals that everything began to change.

The influencer's personal life has a huge impact on her social media message. A domestic violence survivor, she lost her original Instagram account years ago because her abuser had access and deactivated it as retribution. Feeling like she needed to start over again on social media, she decided to focus on positivity. "I try to smile a lot and make people smile, so I put in a lot of work," she says. "I'm at the point where I'm reminding myself, you're loved, you're worthy, you're special."

Angry Bardi gang members frequently wonder why Gallegos' comments have such high priority on Cardi's feed, pointing to some deep algorithmic conspiracy. That's probably not the case. "Preview comments are not ranked," a spokesperson for the app told PAPER over email. "Preview comments source comments from people you follow and verified accounts." The app declined to comment on the tiebreaker process used to rank multiple verified comments from accounts followed by Cardi B or the viewer.

What seems crucial is that Cardi B's stans are more passionate than most. Gallegos points out that celebrities such as Nicky Jam also follow her, but she receives no blowback when commenting on those pages. Alongside the likes of Nicki Minaj, Rihanna, and Beyoncé, Cardi B has one of the most territorial stanbases in popular culture. Bey's Beyhive moniker is appropriate: the number one priority in these comment sections is always to protect the queen. An intruder may come in peace, but they should be prepared to get stung anyway.

Do celebrities carry a responsibility to monitor their fans and play peacekeeper? When the Beyhive goes on its attack, for example, it's a nonstop blitz of vitriolic NSFW language and emojis. When the Beyhive took to Instagram earlier this year to attack Nicole Curran over a perceived flirtation with Bey's husband Jay-Z during the NBA Finals, Beyoncé's publicist was eventually forced to make a statement, asking fans to "stop spewing hate." Curran temporarily went on private.

Gallegos would welcome the same kind of support from Cardi B with open arms. "I would hope and pray that one day [Cardi B] could just address it because it is wrong," she pleads. "It is wrong to be trashing me or [anyone else] that's showing her love. Especially, when she's following us back. It's unhealthy for women, especially women to be tearing down women."

Though the serial commenting has its follower count benefits, the negativity is a major drawback. "I feel like it's been a double-edge sword," says Gallegos. "I think it's exposed me to people who like me, will follow me. But, it's also exposed me to some bad people that literally will report a page of mine and have it get taken down."

She has considered giving up and moving on to another celebrity. Except she went one week without commenting on Cardi's gram, and something funny happened. "I was getting so many notifications on my Instagram when people were tagging me," she says. "Where is Jessenia? Why isn't she here? Jessenia you're slacking. Cardi posted.' And it got to the point where I was like, damned if you do, damned if you don't."