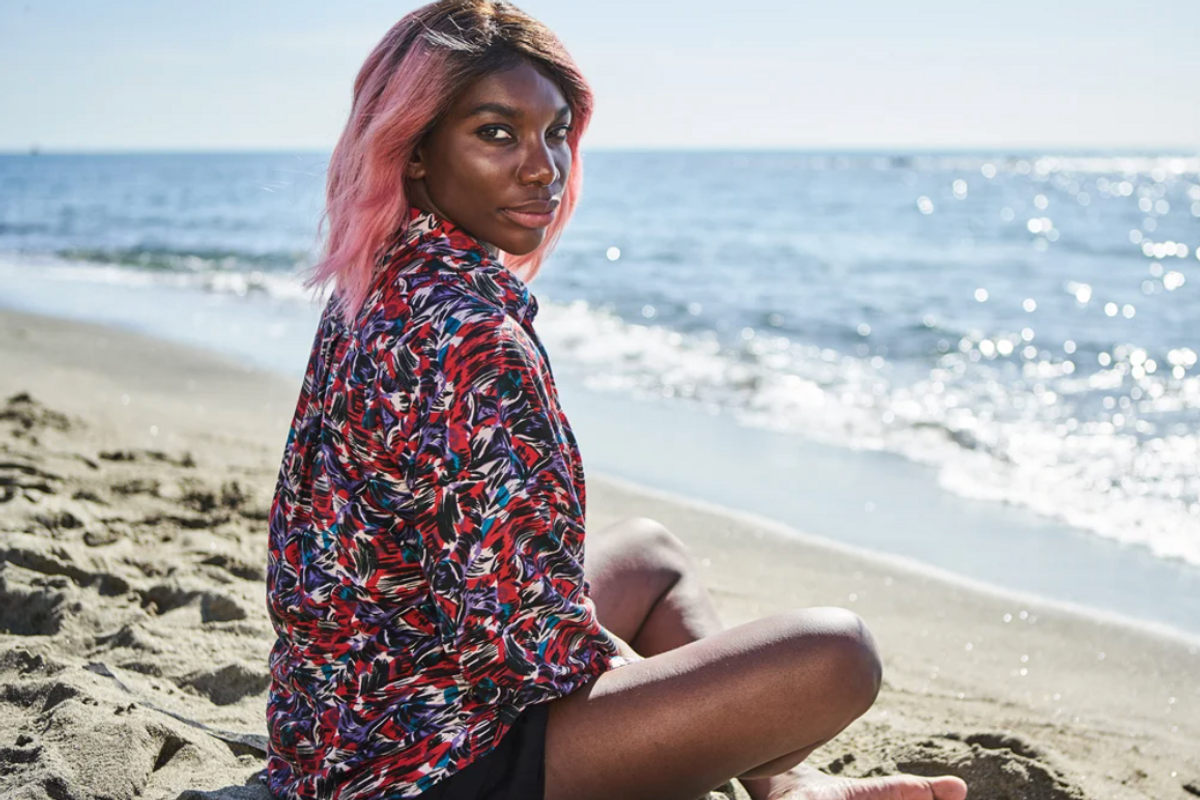 In case you missed it, the Hollywood Foreign Press Association released their nominees for the 2021 Golden Globes early Wednesday morning. However, one particular snub has now incurred substantial criticism online, and it's for a pretty good reason.

Despite there being some celebration surrounding Chloe Zhao's historic directing nomination and a nod toward the late Chadwick Boseman in Ma Rainey's Black Bottom, a number of people also couldn't help but notice the glaring omission of Michaela Coel's I May Destroy You from the list of nominations.

Given that the acclaimed HBO series was critically regarded as one of the best shows to come out last year thanks to its heartfelt and nuanced depiction of the aftermath of sexual assault, the oversight has since sparked intense discussion about the snub being "actually criminal" and "proof that the Golden Globes deserve zero attention and have zero connection to the actual culture."

No it’s actually CRIMINAL to not recognize Michaela Coel for what she did, not just w trauma or sexual assault or consent, but w friendship and art and power and healing! I May Destroy You was an artist executing a singular vision, pure and focused #GoldenGlobes

The total freeze out of I May Destroy You and Michaela Coel is proof that the Golden Globes deserve zero attention and have zero connection to the actual culture.

Not only that, but the shut-out has also led many to question the relevance of the Globes themselves, especially given that I May Destroy You had a far more significant cultural impact than some of the other shows nominated this year — particularly the widely panned Emily in Paris.

emily in paris nominated but i may destroy you isn’t....this is just so..? pic.twitter.com/e3942jdpLH

Additionally, others also used the nomination of Emerald Fennell's rape-revenge film Promising Young Woman as evidence of the systemic racism still affecting the Globes when it comes to the kinds of stories it prioritizes.

"Whether you loved Promising Young Woman or not, it is telling that it is sweeping awards season, while I May Destroy You has been completely ignored," as Twitter user Sarah Polley said. "It's a clear statement about which stories we are ready to hear and which ones we continue to ignore."

Whether you loved Promising Young Woman or not, it is telling that it is sweeping awards season, while I May Destroy You has been completely ignored. It's a clear statement about which stories we are ready to hear and which ones we continue to ignore. #imaydestroyyou

Coel has yet to address the snub. In the meantime though, you can see what the internet is saying for yourself, below.

I think it is an absolute travesty that Michaela Coel was snubbed in the #GoldenGlobes nominations for I May Destroy You - perhaps the most singular TV series of the past few years driven by a brave and fearless performance from a true auteur pic.twitter.com/epbuwd1sCm

Golden Globes are laughable. Not only is I May Destroy You absolutely fucking brilliant, it should be required viewing. Apparently you can be TOO far ahead of humanity @MichaelaCoel we don’t deserve you.

I May Destroy You is a thoughtful, gut-twisting, smart, and trauma-informed exploration of the impact of sexual violence. One of the best shows I have seen. Michaela Coel, the writer, co-director AND executive producer deserves all the flowers. What a huge miss #GoldenGlobes pic.twitter.com/Gy70eLjEDp

no nods for I MAY DESTROY YOU? well i may destroy the hollywood foreign press association how bout that