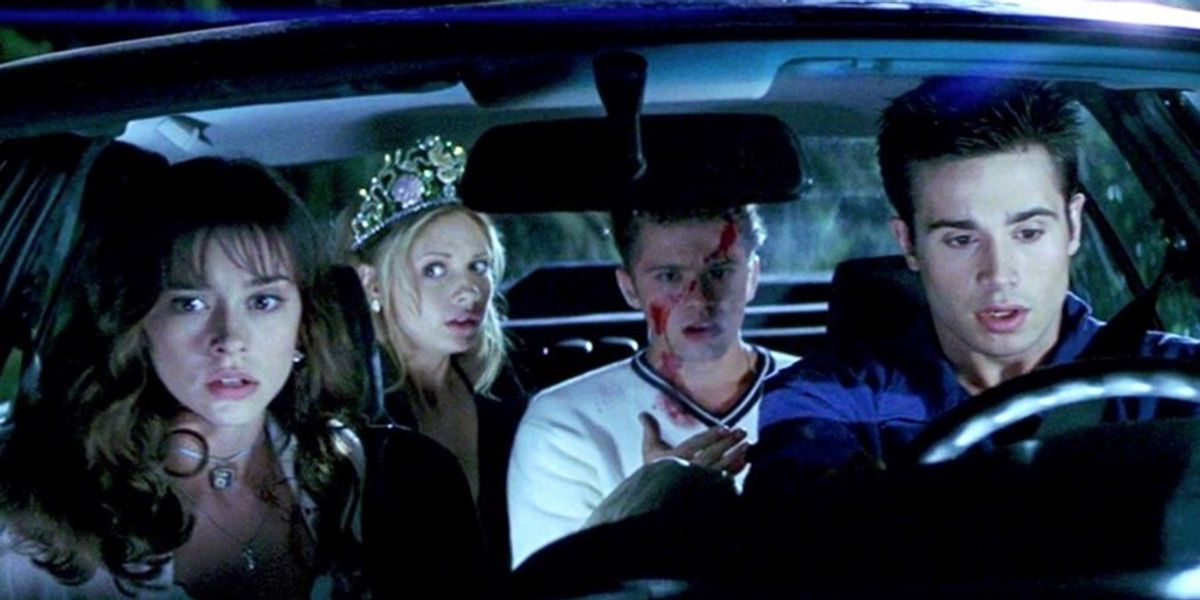 The best thing about iconic movies is in how they live on. From the snappiest one-liners of Mean Girls to The Texas Chainsaw Massacre's skin-wearing Leatherface character, our favorite stories and images basically demand reinterpretation for new generations as time goes on.

The latest film to receive an updated treatment for a new era is I Know What You Did Last Summer, the 1997 Jim Gillespie-helmed slasher flick starring teen dreams Jennifer Love Hewitt, Freddie Prinze, Jr., Sarah Michelle Gellar, and Ryan Phillippe. While we wait to see if any of those OGs will join the cast (could you imagine?), the film is expected to get its own TV series reboot via Amazon Studios. If you'll recall, the film follows Julie James, played by Hewitt, and friends as they leave a man for dead following a freak accident. He returns to stalk and terrorize the teens, and he's hellbent on revenge, picking them off one by one.

Related | 'Cam' Rewrites The Script For Sex Workers In Horror

So far, James Wan, the (potentially twisted) mind behind Saw, The Conjuring, and Insidious, has been tapped to produce the franchise. If his past work is any indicator of what's to come for I Know What You Did Last Summer, expect bone-chilling gore and edge-of-your-seat thrills. Wan will reportedly be joined by Neal H. Moritz, the original film's producer, and screenwriter Shay Hatten, who wrote John Wick 3. As of now, there has been no release date confirmed for the Amazon series.

According to horror outlet Bloody Disgusting, the show will be "a young adult horror series based on the Moritz-produced hit movie franchise." It's not a whole lot to work with, but if Wan's portfolio is anything to go by, expect a lot of gore. Hollywood has loved retooling classic horror films recently. In the past few years alone, Stephen King's It, Suspiria, Nightmare on Elm Street, and more have all been reimagined for new audiences. Reportedly, breakout horror filmmaker Jordan Peele is even crafting a sequel to the '90s cult thriller, Candyman.

The results of these experiments are often mixed. Some die-hard fans feel that there's nothing like the original, period, while others feel an old story has been reinvigorated. Critics are usually divided, too. Box office turnout can suggest that continuing to retool horror classics is a risk worth taking. For instance, 2017's revision of It netted over $700 million in worldwide box office sales.

That all said, I'm already several steps ahead and wondering if the underrated but just as great Brandy-starring sequel, I Still Know What You Did Last Summer, will get its due in the series. Relive the original trailer, below.