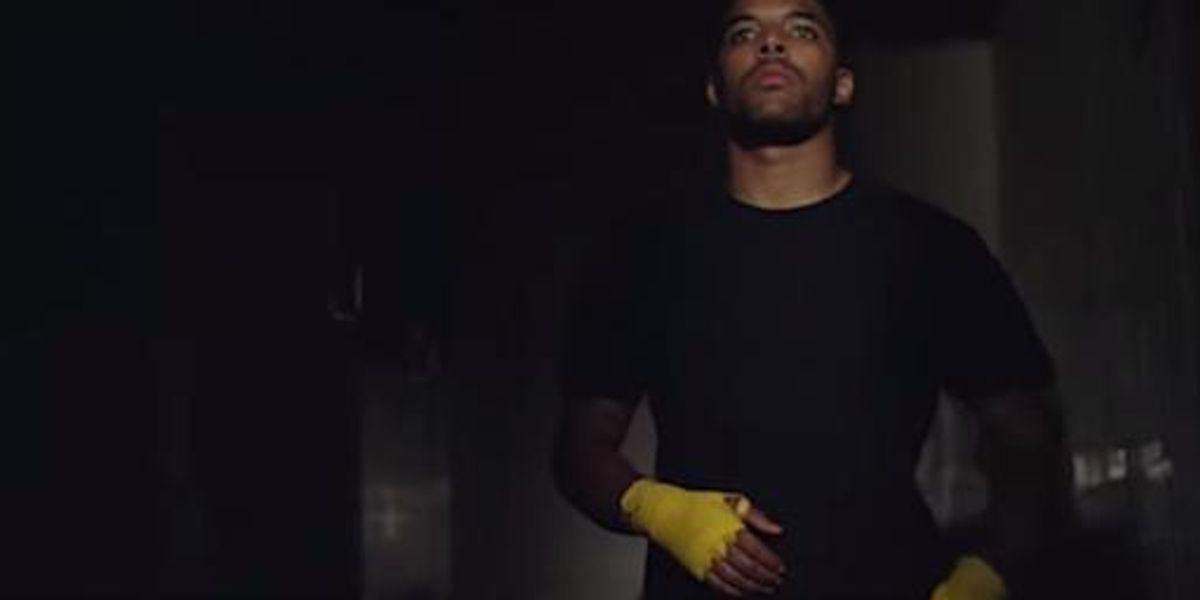 Chicago musician HXLT has released a powerful video for his equally powerful rap-rock blended single "Perfect," from his self-titled debut.

The video features the rising, Kanye-sanctioned artist (he's also signed to Kanye's G.O.O.D. Records) psyching himself in the locker room before a clandestine boxing match...

...and looking particularly brooding while doing so.

Turns out...it's a bare knuckle boxing match, which, according to the release, the HXLT (real name Nigel Holt) "has a history of doing in Chicago."

Things go his way during the match...

...and he walks away with bloody, victorious knuckles.

His velvety vocals, over the brooding synth and minimalist guitar are striking in contrast to the violent imagery; there's some message of battering your own self for perfection, that everyone can relate to.