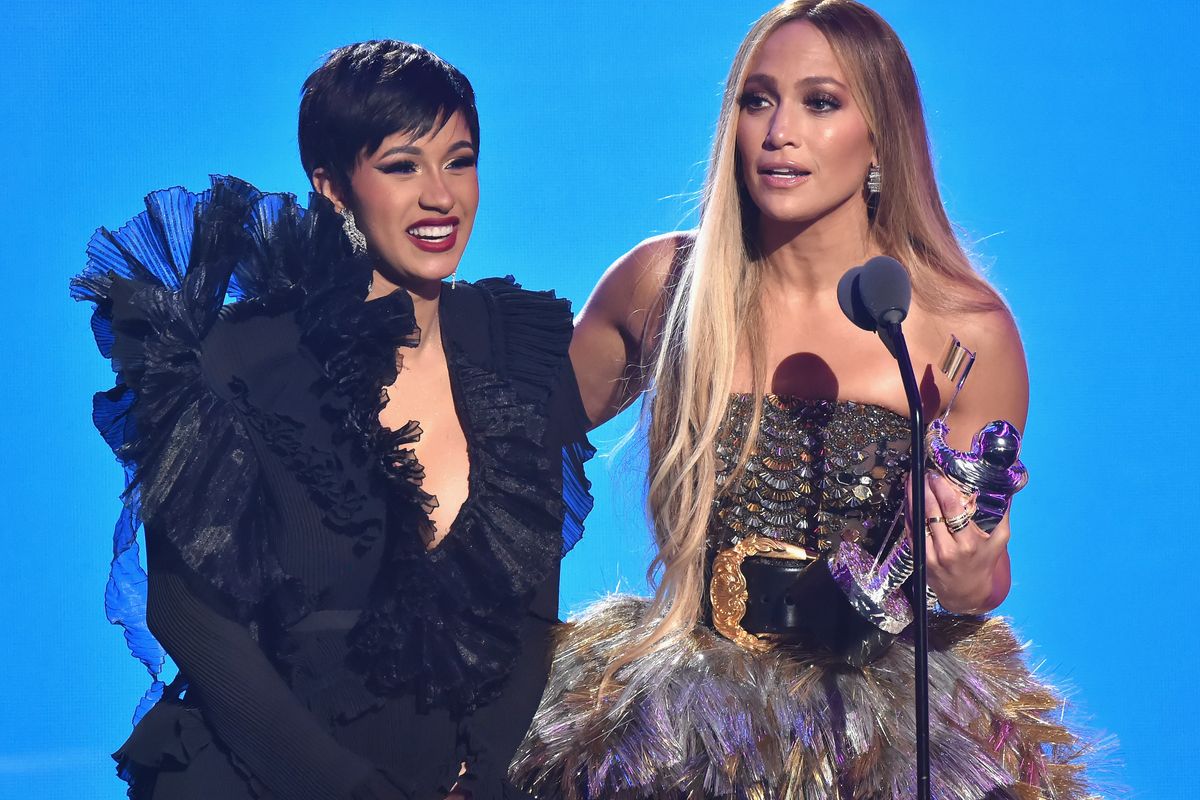 Cardi B and J.Lo Are Making a Movie Together

Cardi B is making her feature film debut, and she picked a damn good script. Hustlers, adapted from a viral New York Magazine article published in 2016, chronicles a group of strippers who turn the tables on their wealthy Wall Street clients. You really can't go wrong with that kind of source material, especially if you're Cardi B, who famously stripped before making it as a musician.

Even better, Cardi is joining what will surely go down in history as one of the greatest ensemble casts ever: Constance Wu, Jennifer Lopez, Keke Palmer, Julia Stiles, and Lili Reinhart. It's fun to imagine the group chat potential.

Related | All Aboard This Cardi B Cruise Hosted by DJ Khaled

Shooting begins next week! Lorene Scafaria (Nick & Norah's Infinite Playlist, Seeking a Friend for the End of the World) will write and direct. As Deadline points out, Cardi B and J.Lo already know each other: they collaborated for the 2018 track "Dinero."

You can also catch Cardi B on the small screen later this year — she's a judge on Netflix's upcoming hip hop talent quest Rhythm + Flow.